Apps are now clearly the smartphone experience of choice for consumers, and marketing budgets are shifting into click-to-install advertising at a rate that closely matches app install rates.

According to the researchers, “Consumers already spend more time on mobile than on desktop. Much of that time is spent on mobile apps, to the tune of 9X more time spent than on the mobile web. They argue that for marketers, being ‘in’ mobile as a marketing channel means working with, and through, mobile apps.” 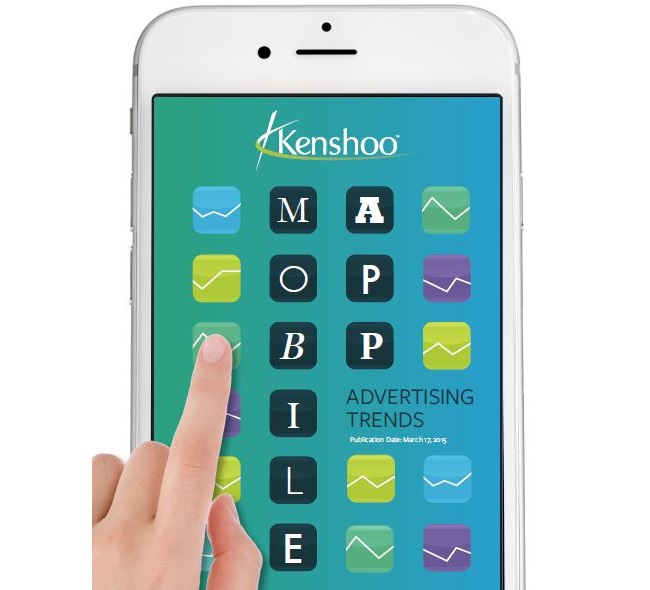 The study’s authors note the challenge this creates for marketers, “As a result, getting consumers to discover, download, install and re-engage with your mobile app has never been more important than today – and more challenging, with 86 percent of mobile apps installed and used no more than twice before being deleted.”

The data also reveals that mobile app advertising continues to increase and expand across gaming to ecommerce and consumer apps.

Among the findings of the research;

On cost, the data indicates that paid social spend for mobile app advertisers showed steady growth over the second half of 2014, peaking in November and ending the year 234 percent higher than January.  Now contrast that with the cost of a mobile app install, which only rose 19 percent between January and December.

The second half of the year provided far more stability than the first in terms of cost per install, but actual costs differed significantly between Android and iOS environments.

“For the year, Android devices had a CPI less than half of their iOS counterparts, which could indicate either greater competition, perceived value, or just a price premium on Apple devices. Across app types, Gaming carried the highest unit costs.”

There is also significant regional variation in CPC per country. Not surprisingly, the US, where demand is highest, records an average CPC significantly higher than other markets like the UK, Canada and Australia.

For example the US CPC is over 70 cents, while in Australia the figure is less than 20 cents.

The authors note, “It is clear from the data that growth and increased competition are the reality of the mobile channel. App advertising spend, CPM, and CPC are all increasing over time, while the steady decrease in Click-through Rate is evidence of the greater competition for mobile app ad views and interactions.”

However, it is worth remembering that the dramatic increase in click to install ratios this year ensured that the overall CPI remained relatively stable.

“Our advice is that marketers should continue to increase spend while the trend toward steady CPIs continues, as long as they are able to maintain ROI above critical thresholds. Furthermore, ensure you are measuring post-install conversions and other in-app actions, measuring across all key performance indicators and understanding user lifetime value (LTV).”

Better targeting by both publisher side and the advertiser side is the likely reason why click to install rates are increasing.

According to the report, “Such targeting will be critical for advertisers to continue to enjoy stable CPIs as competition continues to heat up. Continue to hone your targeting to get as granular as possible and to ensure you are segmenting your custom audiences well, like ‘VIP depositors over the last 60 days’ while leveraging expanded reach through Lookalike audiences. With lookalikes, it’s critical to use a strategy of nesting targeted and excluded lookalike audiences by similarity thresholds, so that there are no overlapping lookalike audiences and they are as granular as possible.”

The study concludes that advertisers should target separately by OS, Android versus iOS, to optimize toward differences in CPC, CPI, CTR and install rates on the two platforms.

“Target your campaigns separately at a minimum by language, breaking US out from other English-speaking countries. Better yet, target each country separately to ensure you are maximizing your bids and budget most effectively in the face of country-level differences.”