Good news if you’ve got a car brand as a client with a new study that shows Aussies have a healthy appetite for a new set of wheels.

In what is arguably a good harbinger for the health of the economy, the Roy Morgan study has revealed that 618,000 Australians plan on buying a new car in 2017. That’s up 50,000 on a similar report from last year.

Admittedly, the report didn’t reveal what brand of vehicle we were all eyeing off, however, it also found a staggering 2,373,000 Australians intend to buy a new car in the next four years – the most prospective buyers since early 2015. 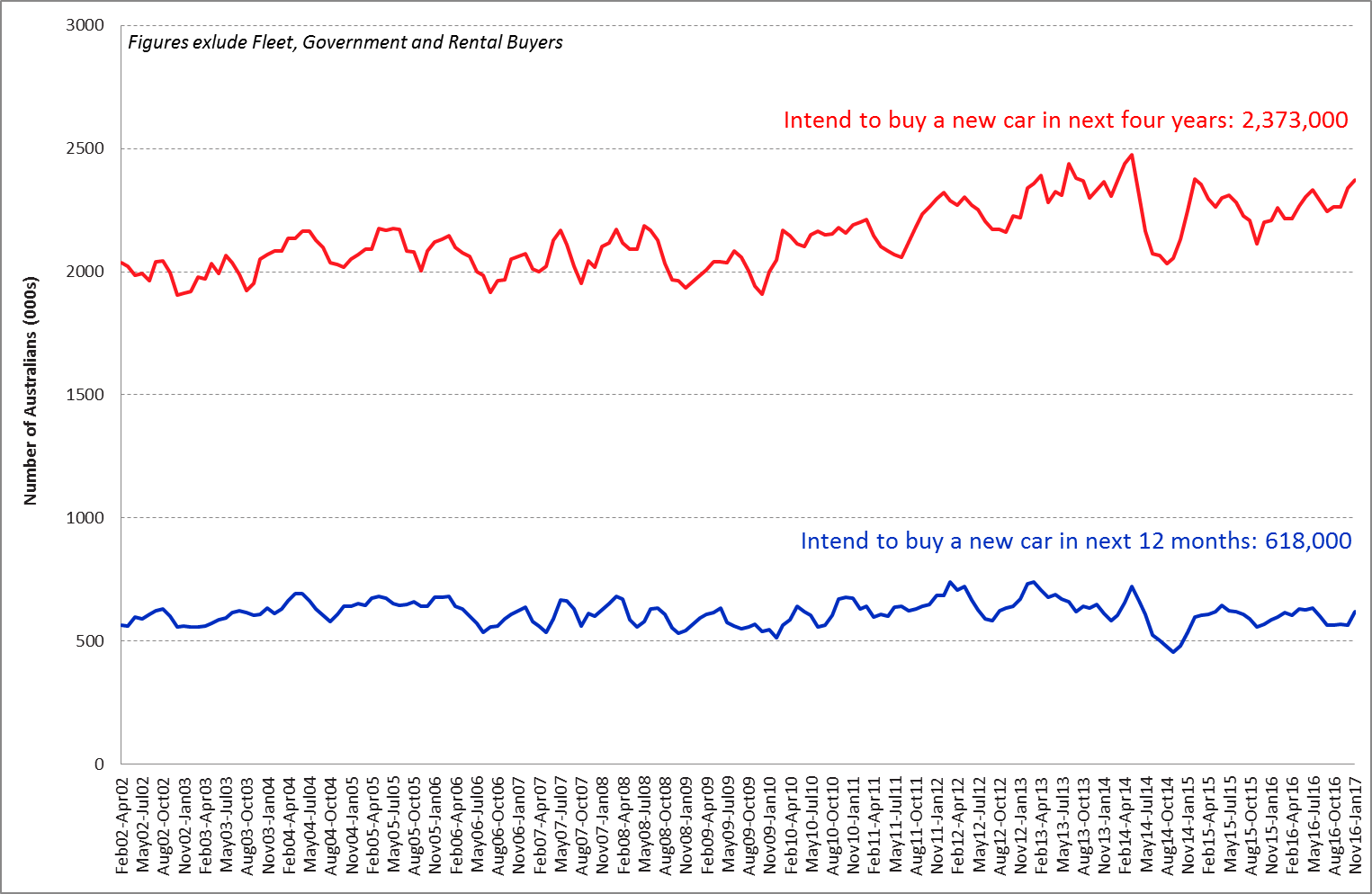 Commenting on the research, Roy Morgan’s Jordan Pakes said: “Australia’s new car market swelled in the new year, with an increase in the number of buyers reporting both near and longer term plans to purchase.

“After another record year for new car sales in 2016, it looks like more of the same is on the way for 2017. This strengthened new car intention in January correlates to a big new-year bounce in the ANZ-Roy Morgan Consumer Confidence index, which started 2017 at 5.9 per cent higher than its pre-Christmas level. Since then, Confidence has pulled back slightly, but remains well above where it finished last year. It will be interesting to see this easing back reflects in next month’s new car intention currency data.

“Not everyone is equally confident and comfortable. Analysis of the market using Roy Morgan’s Helix Personas segmentation indicates a growing divide between the ‘haves and have-nots’ when it comes to buying a new car.

“These types of high-end buyers are replacing ‘Today’s Families’ and ‘Aussie Achievers’, the traditional suburban middle class. At the start of 2016, these two segments represented 24 percent of the new car market; now they are 21 percent of buyers.

“Given this growth in Leading Lifestyles, it’s no coincidence that brands such as BMW, VW and Mazda have started the year on a positive note – all registering increased purchase consideration since December.

“With this shifting of the marketplace, automotive brands need to ensure they stay on top of where their current drivers, repeat customers, and new intending buyers fit.”