Snapchat has found its groove again after delivering some great third-quarter financial results. Content and social media strategist at Redengine SCC Clare Moyna (below image) discusses how playing to Snapchats strengths via a ‘performance’ led approach could increase the ROI of your marketing campaigns…

I don’t know about you, but I was really surprised to hear that Snapchat is on the rise again. They’ve exceeded growth targets and added seven million daily active users this quarter, which brings them to 210 million active users in total. 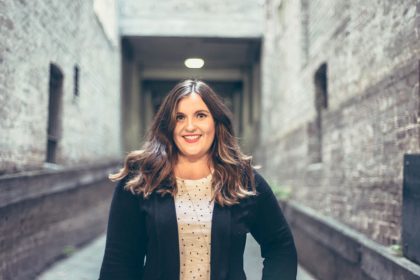 In late 2017, they dramatically changed their interface and there was a massive out cry, there was even a petition signed by 800,000 angry users asking for them to change it back. And lest we forget, that Kylie Jenner tweet that many heralded as a nail in the coffin for Snapchat.

Jenner’s tweet didn’t alone cause the decline but highlighted how unhappy users were with the redesign.

From the second quarter of 2018, Snapchat slowly began hemorrhaging users and by the end of 2018, shares were below $5 each. In contrast, when it went public in early 2017, shares were $17 each.

To say many were pessimistic about Snapchat’s future would be an understatement. But Snap has managed to claw its way back.

They have consistently released new features, new ad units, new partnerships and re-designed their android app which has meant they could further expand into countries such as India, which has grown 40 per cent in year on year.

Differentiation is key to continue growth.

Snapchat’s initial success was down to its ephemeral messaging and privacy. But along with copying pretty much every other function they’ve released, Instagram is now coming after that too with its new close friends-only Threads app which launched a couple of weeks ago.

Snap has said the total daily time spent watching its ‘Discover’ content has increased 40 per cent, which at this very moment, is probably Snapchat’s best differentiator from other social platforms such as Instagram. Snap has continued to roll out new content for Discover, and new ad formats that enable brands to tap into the popularity of its TV-sty programming, which is shorter, per episode, than traditional TV, but more aligned to Snap usage. But this avenue will need continued investment if they want to continue to wade of the pressure from Facebook Watch or IGTV which have both experienced lackluster launch periods.

So, is it time to once more start advertising on Snap? I think it’s worth testing.

According to Business Insider, many direct-to-consumer brands have been turning to Snapchat because Instagram has become too crowded and Ad prices are higher than ever. Reports say Snap ads are eight times cheaper than Instagram.

With Snap’s Dynamic Ads, advertisers can now automatically create ads in real time based on their product catalogs. These ads are then served to users based on their interests. Snap says the ad templates they provide will help the advertiser save time as they won’t have to manually create their ads every time. Instead, they just sync their product catalog and allow Snap’s system to build the ad in real time. As availability or prices change, the ads adjust.

Additionally, Snap has added bulk uploading capabilities and like target-cost bidding which is increasingly making Snapchat more appealing to ecommerce brands. And they now offer credit to smaller brands to help them experiment with these new formats.

Snap is running an open beta test in the U.S to start. Global markets (including Australia) will start rolling out Dynamic ads in the coming months.

Whilst I wouldn’t suggest ditching Facebook and Instagram entirely in place of Snap, at the minute Snap is a good ‘secondary’ platform for ads and certainly one to test out more cost efficient placements and drive incremental campaign reach.