If you’re a doomsayer for the future of retail in Australia then here’s a yarn that may well restore your faith in old-school bricks and mortar. It’s the Cotton On chain of stores that started life as a market store in Geelong in 1991 and is now slowly conquering the world one store opening at a time.

And its success, it must be said, is at odds to popular marketing opinion – a strong focus on retail outlets and barely a penny spent on traditional ad campaigns.

The privately owned business is famously coy about its plans and profits, but from humble beginnings it can now claim 646 stores across Australia and some 1000 stores worldwide. The brand includes Cotton On, Cotton On Kids, Rubi Shoes, Factorie and Supré among others. 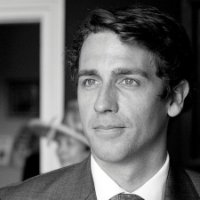 What started as one store selling cotton basics a quarter of a century ago has transformed into, what its head of marketing and ecommerce, Col Kennedy, calls a global streetwear fashion brand.

Along the way, the Australian operation has continued to take a significant chunk out of far more fancied rivals such as Kmart and the struggling Wesfarmers’ Target operation.

“We don’t really think about them to be honest,” Kennedy said of the competition. “We’re far more focused on what we do, internalising what we do about our community and our customers.

“The marketing mantra at the moment is all about how you make a difference in people’s lives, that’s the reason why we exist. When it comes to our competitors we don’t even look. It’s not like the (Australian) grocery market were they’re constantly fighting over who’s cheapest in that space. For us it’s all about ‘is this the right price for our customer in our community?’ – we never talk about our competition.”

As for traditional advertising – TV, outdoor and the likes – Cotton On hasn’t ever touched it and Kennedy doubts ever will. He says the Cotton On brand is a “two engagement with customers rather than that broad approach of ‘hey everybody, here’s our brand.’

“But we haven’t nailed it, we’ve still got a long way to go, and even though (the company) is doing really well, it’s always about what’s the next opportunity and how do we do it now,” he said.

Despite the allegiance to bricks and mortar stores, Kennedy says online increasingly plays a significant part in the business. And rather than one cancelling out the other, he believes digital and retail stores will complement each other.

“Click and collect will continue to grow,” Kennedy said. “You’ll buy online and pop out at your lunchtime and pick it up instore. Digital and retail will merge much more; this idea that you’ll get the product posted to your home or work I think will change, the store will have a huge role in that. I think there was a while there where everybody was predicting that it would all go online, but I don’t see that, I see them (store and digital) getting more and more connected.”

Kennedy agrees that Cotton On is part of the current global retail zeitgeist – think H&M and Zara – doing “affordable value pieces that allows people to update their wardrobes on a regular basis”. He says their success is similar to what’s been going on in the travel sector for the past 15 years – it’s all about customer word of mouth.

“It’s an exciting time to be a marketer no matter what sector you’re in at the moment,” he said, “and, no, you won’t always get it right; we make mistakes all the time. But if you never make the same one twice and learn quickly and adapt then that’s the key.

“Marketers these days are bombarded with options, they don’t always know what to do and it’s about prioritising, discovering what’s moving the needle, and if you put the customer and the community in the heart of what you do then you won’t go too far wrong.”

Col Kennedy will be speaking at the Online Retailer Conference & eCommerce Expo in Melbourne from 22-23 July 2015.