Following the release of a rather steamy trailer 10 days ago that showed this year’s Bachelor, Matt Agnew, kissing no less than 17 of this year’s bachelorettes comes media reports that the long-running dating show is gearing-up for its first-ever sex scene.

Venerable weekly organ New Idea is reporting that 31-year-old astrophysicist is the first in Bachie history to “do the business” with one of the ladies. 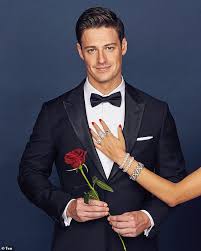 And what’s shaping-up to be a rather juicy plot line, the women’s glossy magazine is reporting that the woman Agnew beds is not the woman he eventually chooses.

“We’re told the astrophysicist even beds one of them and it’s not the woman he ends up picking at the final rose ceremony!” the source reveals.

B&T has contacted Network 10 for clarification and the broadcaster’s protocol regarding sex between contestants. However, we’d not received a reply by the time of publishing.

Apparently, the rules regarding sex are vague for both The Bachelor and The Bachelorette, while its perfectly acceptable on The Bachelor In Paradise once consent is given and so long as contraception is used.

It’s also worlds away from the US version of the show, where sex between the contestants has become expected.

Meanwhile, in other Bachelor news, today’s The Sydney Morning Herald is reporting that Agnew is currently working for besieged bank NAB.

Agnew is actually employed by the international data analytics giant, Quantium, but is on a three-month secondment at NAB in Melbourne.

A NAB spokesperson telling The SMH: “We treat personal information about our employees and contractors as confidential.”

Before adding: “Quantium do from time to time provide contractors to NAB.”