Advertise with us
Posted 8 February, 2019


Roy Morgan has released the latest readership results for Australian newspapers in 2018.

The report revealed over 15.7 million, or 76.9 per cent of Australians aged 14 and older read or access newspapers in print or online over a 7 day period.

While most of Australia’s leading newspapers saw a decline in cross-platform readership, a select few managed to come out on top. 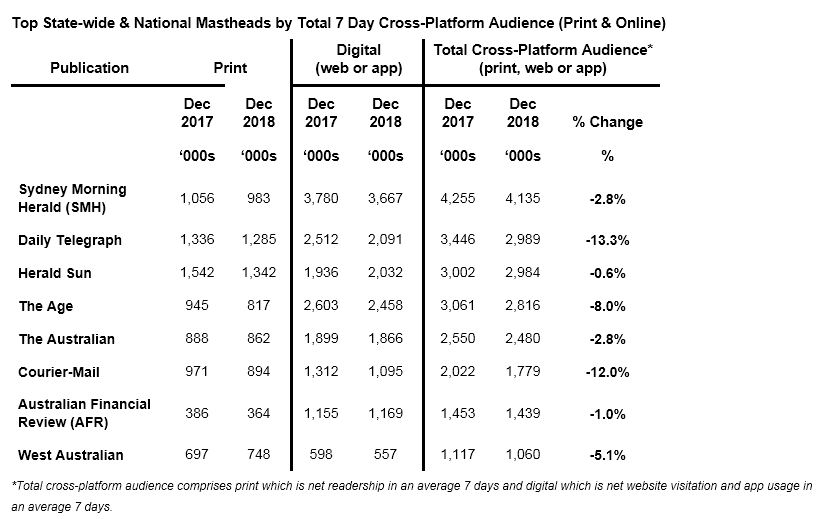 Australia’s most widely read masthead continues to be the Sydney Morning Herald – with a cross-platform audience of 4,135,000, which is 2.8 per cent from a year ago.

Despite a decline in readership, the SMH increased its lead over Sydney rival the Daily Telegraph, which now has a cross-platform audience of 2,989,000, down 13.3 per cent in a year.

Conversely, additional data from Roy Morgan revealed 74.2 per cent of Australians read magazines whether in print or online, either via the web or an app.

Readership of solely print magazines was just under 12.6 million Australians up 0.2 per cent

Roy Morgan CEO Michele Levine said:“In contrast to those who might question the future of print publications it is print magazines that Australians continue to turn to.