The drinks were flowing and the gongs were going at the B&T Awards 2017 on Friday night, with CHE Proximity proving the big winner.

More than 600 people dressed to the tune of the swinging 60s and packed into Peninsula in Melbourne to find out first hand who would be recognised as the industry’s finest.

The Chaser‘s Andrew Hansen and Craig Reucassel were put in charge of making sure there was a beginning and an end to the evening, playing the role of MCs with much humour.

This year’s entries to the B&T Awards totalled over 400, which our esteemed judges eventually whittled down to 34.

In his opening address, B&T’s editor-in-chief, David Hovenden, acknowledged that the awards ceremony had taken place in the face of adversity.

“Who would have thought Melbourne would turn on whether like this?” he told the damp but spirited crowd.

“However, as all of our finalists tonight are testament to, adversity is actually opportunity. It’s a disruption of the status quo.

“For the fleet of foot tonight, there’s extra meals to be snared and more room on the dance floor.

“In our industry, it’s first mover advantage to be had as new technologies and ways to work see clients looking for fast moving agencies.

“I’m a proud Australian, and I firmly believe we have nothing to fear from the rest of the world and the talent on display in this room is the equal to any in the world.

“In an industry flooded with people from the northern hemisphere namely Britain, last week’s Ashes Test shows they are all at sea in these conditions and not the measure of homegrown talent.

“Australia, it’s time we were fiercely proud of what we have and can do, and while the rest of the world is welcome to join in, don’t expect us to bow down or be bested by you. This is our backyard.”

Congratulations to all the winners and finalists of this year’s B&T Awards, and big ups to our esteemed judges and stupendous sponsors.

So, without further ado, here are your winners for the B&T Awards 2017:

Adshel and McCann Melbourne – ‘Made Possible by Melbourne’

Best Use of Mobile

Best Use of Real-time Marketing

The Monkeys – Qantas Out of Office Travelogue

Best Use of Social Media

Best Use of Sponsorship

Employer of the Year – Over 100 Employees

Employer of the Year – Under 100 Employees

Marketing Team of The Year

Marketing Technology Company of the Year

Media Brand of the Year

Media Sales Team of the Year

Young Achiever of the Year

Emerging Agency of the Year

State Agency of the Year – Queensland

State Agency of the Year – NSW

State Agency of the Year – Victoria

Direct Response/Performance Agency of the Year

PR Agency of the Year

Independent Agency of the Year

Research Agency of the Year

Media Agency of the Year

Advertising Agency of the Year

B&T Agency of the Year 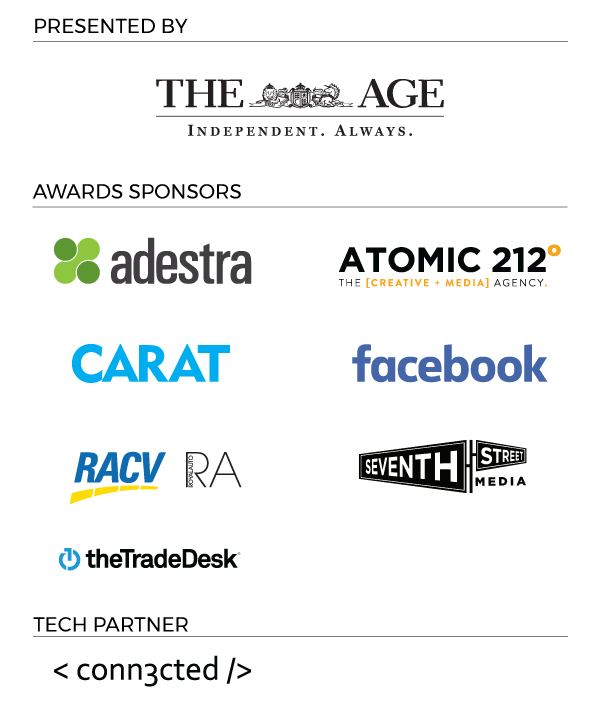