Being racist has never looked so bad, with a new campaign in Brazil putting these filthy buggers in the spotlight on their very own billboards.

The campaign is plastering billboards with racist Facebook comments, with the aim not to directly expose people (although that’s exactly what they’re doing), but rather to educate people that their words have a real impact.

The campaign, “Virtual racism, real consequences,” is using the location tag from Facebook posts to find where the offenders live. The group is then buying billboard space in their neighbourhoods, but blurring out the names and photos of the commenters.

This comment roughly translates to “I got home stinking of black people.” “Preto” is an offensive way to say “black” in Portuguese, compared to “negro,” which is neutral. 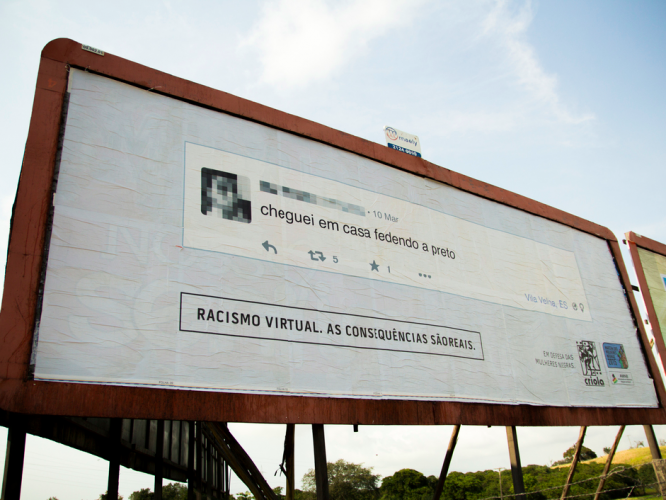 Behind the project is the Criola group, a not-for-profit organisation that works to defend the rights of black women in Brazil.

Coutinho, who is the first black weather forecaster on Brazilian prime-time TV, corrected another anchor on air in July, but when another news site praised her for getting the terminology correct, Facebook commenters responded with a stream of comments against everything from her hair to her race.

The offensive comments range from telling her to “go f— herself” to saying her nickname “Maju” made it clear she was from Africa.

The project is republishing those comments as a reminder that virtual bullying can have an impact in the real world.

“We omit names and faces of the authors because we have no intention of exposing anyone. We just want to educate people so that in future they think about the consequences before posting racist comments,” the project said.

This comment roughly translates to “If you showered, you wouldn’t be so filthy.” 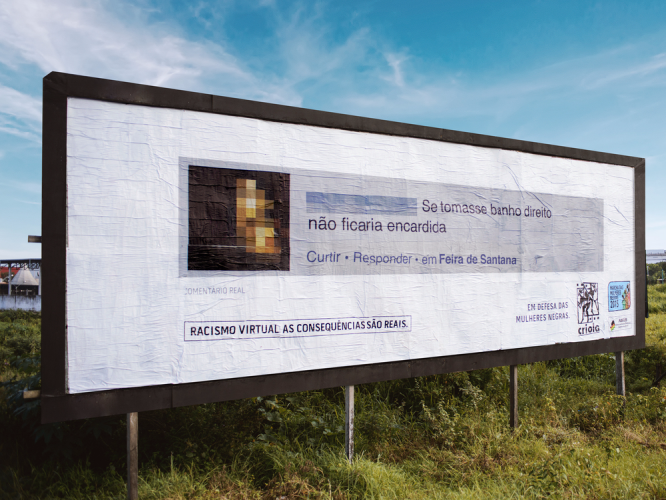