Optus signed a three year broadcast deal for the Australian rights to the English Premier League in late 2015 for $63 million per year and has this week renewed the deal for a further three years. The good news for Optus is that the deal has been successful in driving subscriber growth for both Optus mobile phone and fixed broadband services. 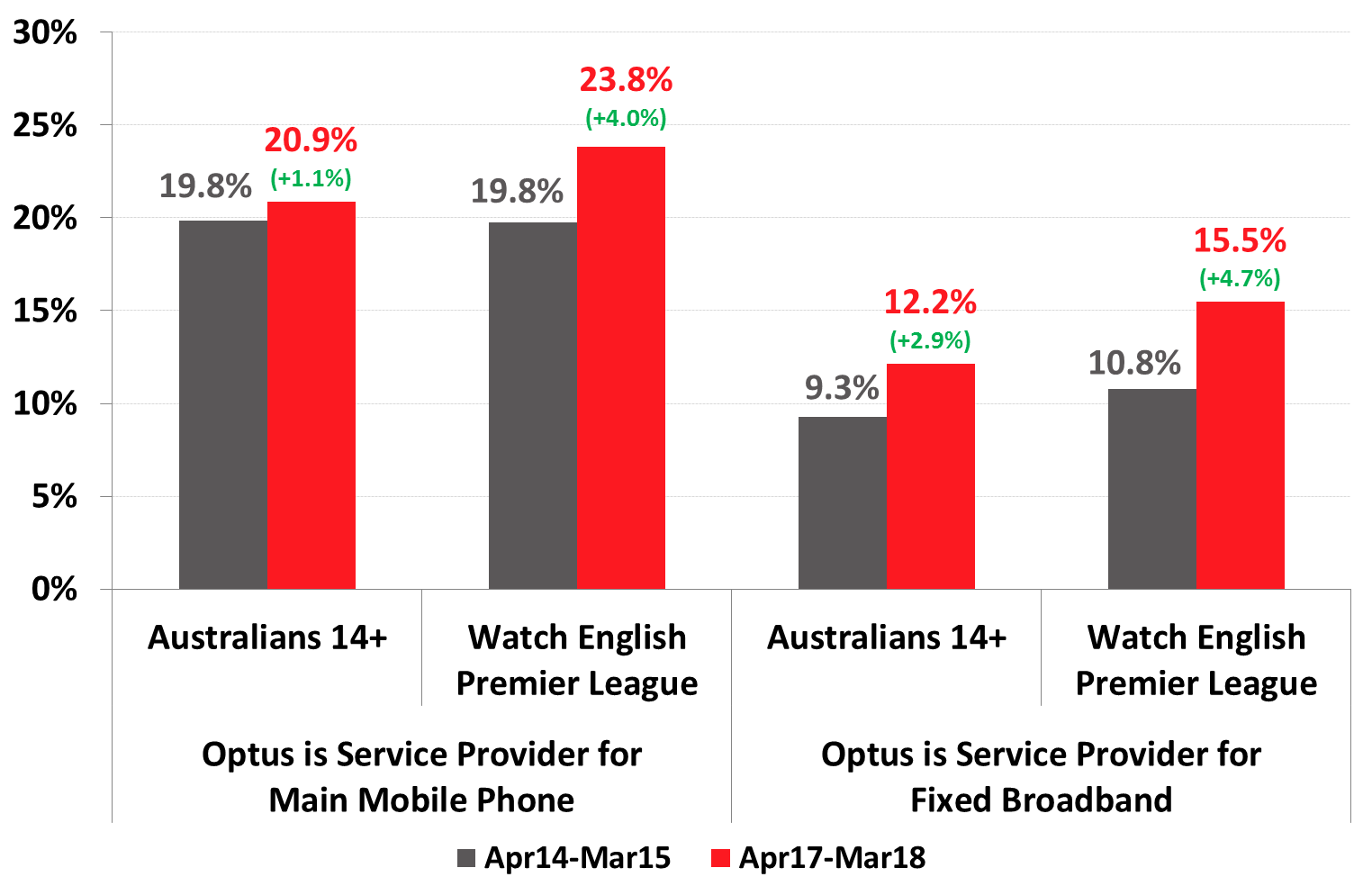 New research from Roy Morgan shows 20.9 per cent of Australians use Optus as their main mobile phone service provider in the year to March 2018, up 1.1 per cent from three years ago. For Australians who watch the English Premier League either regularly or occasionally on TV the jump has been more pronounced, up four per cent to 23.8 per cent.

Commenting on the findings, Roy Morgan CEO, Michele Levine, said: “Telecommunications company Optus took a huge gamble nearly three years ago by purchasing the Australian coverage rights to the English Premier League (EPL) for $63 million per year. However, the latest research from Roy Morgan shows viewers of the EPL have definitively boosted Optus subscriber growth for both fixed broadband and mobile services over the past three years.

“Those who watch the EPL either regularly or occasionally have switched to Optus at a greater rate for both fixed broadband services and mobile phone services.