In his latest post for B&T, industry stirrer and rabble rouser Robert Strohfeldt (pictured below) argues that modern marketers can often be too quick to blame their woes on the myriad of new shiny stuff the industry constantly throws up…

It is stating the bleeding obvious (and repetitious) to say that much has changed over the past 20 years. It seems that every second day someone comes out with a new “theory”, though digital has been around so long now that very few marketers were working in the industry prior to the start of the “digital revolution.” 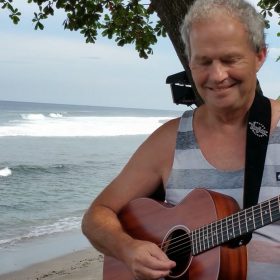 Yet still the terms “digital/marketer” and “digital advertising” abound. What the f… isn’t digital today? For Christ sake “digital” is just a type of computer that uses binary code (1’s and 0’s). And digital is not always superior to analogue. Ask a guitar player (a professional or dedicated amateur, not someone who picks around every few months) if they prefer a digital transistor amplifier, or an old fashioned, weighs a ton, valve amp, which was the only form of amplification available in the 1960s and they will all tell you they prefer the valve amp – putting up with the weight and size issues, due to the quality of sound. (The amps from the 1960s are selling for a fortune. 50 years later and the sound has not been improved on. Keith Richards, after listening to his first digital recording said “It sounds like someone shitting on a tin roof”.)

So, digital is not always superior to analogue. And rather than “digital transformation”, would “computerisation” be a more appropriate description? The former sounds very complex, the latter is accurately descriptive.

But marketing and advertising have become inundated with buzz words and phrases, to make the simple and obvious seem complex and mysterious.

Professor Mark Ritson is one of my favourite marketing educators in Australia.  (His MBA Marketing Course was ranked number 3 in the world for 2017 by The Financial Times). There have been many great marketing academics in the past, but they were relatively unknown. For example, Professor John Rossiter of Rossiter & Percy textbooks. (For those concerned about “one size fits all” approaches, look up the Rossiter/Percy Grid. Though developed in 1987, it is probably even more useful today with the proliferation of advertising platforms). Anyone who studied marketing in the 80s and 90s would have used at least one of their books, but how many remember the names of the authors of their textbooks? A major contributing factor to the relative anonymity of Rossiter compared to Ritson is there was a consensus on the basics of marketing during Rossiter’s time. There were not so many hair-brained theories floating around to shoot down.

In Rossiter’s day, there was no social media. Mark pumps out the stories and opinion like a man possessed.

Ritson would be the first to admit that diplomacy is not his strong point and he has the tendency to call a spade a “fucking shovel” e.g.  His description of people calling themselves digital marketers or advertisers as “uneducated idiots” is spot on.

I often wonder where the people who profess that “everything is different today”, have studied and practiced. Of course, times have changed, but any experienced professional will acknowledge the fundamentals have not and it is these basics that are patently lacking in theories put forward by many who claim to be “digital experts”. I recently read an interview with the UK’s head of marketing for Subway. She was banging on about advertising developed for the US was not directly applicable in the UK – (an amazing new concept “Think Global act Local. Wow!) and they used “consumer insights” in developing all marketing and communications initiatives. This was Marketing and Advertising 101 back in 1985, but it is all “new” today.)

Mark generates much publicity with his outspoken and blunt approach, but the industry needs academics such as him as marketing in general and advertising specifically, is fast losing credibility in the eyes of business. Hardly surprising when marketing managers/directors are being usurped by chief customer officers and chief growth Officers. (It would be hilarious if the companies involved were not serious, major advertisers).

On the practitioner side, one the best marketers this country has seen is Bob Miller, former marketing chief (there’s that bloody word again) for Toyota. Bob has a very simple and precise definition of the role of marketing – “Generate long term positive cash flow”.

I wonder how many marketers today are familiar with and use this classification approach?

The 4Ps has long been used to cover all the various functions of marketing i.e.

People (I wouldn’t call them marketers) are lining up to put forward “new” theories. Why? Well, everything has changed and the 4Ps is a remnant of the pre-digital era, so it must be obsolete. I have read many of the alternatives and without fail each highlights the author’s basic lack of marketing education and understanding. (Which goes back to the question of “where is this garbage coming from?”). Dividing marketing and advertising into digital and traditional has also contributed significantly to the alphabet soup of theories and catch phrases in abundance today.

Here is a quote from one that highlights the idiocy: “Marketing is no longer about what businesses want to tell their customers, it is about businesses listening to their customers and responding in a way that offers a meaningful solution to them.”

Marketing has never been about what businesses want to tell their customers. Since marketing first developed as a separate and specialist discipline, it involved “listening to customers and responding in a way that offers a meaningful solution to them”.

Prior to the digital era and specifically, social media, “listening to consumers” was achieved by Market Research, which started in the 1920s.

And it was back in 70s that “production driven” versus “marketing driven” was coined – rather than producing something and trying to sell it, businesses were listening to customers’ wants and needs and producing products and services accordingly.

Another classic is: “It is increasingly hard to separate price and promotion. It is more appropriate to talk about value, asking ourselves how we deliver amazing value to consumers through product, through experience and through a combination of price and promotion.”

You look at this crap and wonder where and how did these people become marketers?  Consumers have always looked-for value. Such statements show a complete lack of understanding of the basics. The above statement is a sales pitch, not a serious contribution to the debate. (How many times have you heard someone say, “This value has me Amazed?” 0r “Yesterday I bought brand x margarine and was ‘delighted’ the whole day.”)

There is a very old saying “He who lives by price, dies by price.” (Can tell it is old as it was coined prior to the gender- neutral rules.) What this is saying is price alone is a sure path to failure. It is what the customer receives for the price, i.e. value, that counts.

David Ogilvy (Ogilvy & Mather) summed it up well when he said, “Our industry is infested with idiots who use pretentious language to impress.” Marketers today are big on catch phrases and making issues appear complex. To be able to break down and simplify a problem is a not a weakness, but evidence of depth of understanding.

It really doesn’t matter how many Ps you have, if the key components of a business are covered. Want to separate People from Product? If you don’t consider your people as a key element of your product, but as a separate P, who gives a toss? At least they are considered.

The same goes with positioning and packaging.

Marketing is really very simple, but people like to make it seem far more complex. The KISS principal still applies. The best ideas are the simple one.

But marketing (and advertising) is becoming cult like and so many marketers are no more than buzz word buffoon – wind them up and let them go.

Rather than trying to reinvent the “rules of marketing”, no one seems to be focusing on how to develop specific communications/advertising that are empathetic to the medium in which they appear. (Most are waiting for AI to crack this problem). There are so many mediums/platforms available today, yet in the past decade the only change has been a focus on short term tactical/sales activation initiatives (at the expense of genuine strategy) and how Ps there are in marketing. It is almost enough to give you the Sh……s! Or at the least, P you off.