As reported on B&T yesterday, the youth radio network decided to move the day to the 27th of January so it wouldn’t be offensive to Aboriginal people who liken Australia Day to an invasion and a celebration of white European settlement.

The decision to move to the day after was apparently made by ABC management after an online listener poll voted overwhelmingly (some 60 per cent) voted in favour of the move. The poll garnered a reported 65,000 votes. 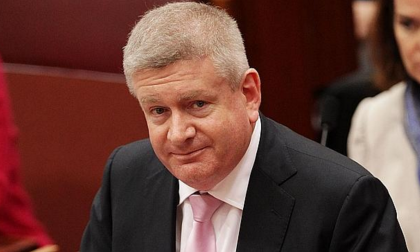 However, Fifield called the station’s move “dumb” and “an attempt to de-legitimise Australia Day”. He also called for the decision to be immediately reversed. The ABC, too, are required to act in the best interests of all Australians.

Speaking on ABC radio, Fifield said: “Sometimes, as a minister, you slap your forehead and say to yourself, ‘What were these guys thinking?’ This is just a really bad idea; it’s a dumb idea and Triple J should change their minds.

“For the past 20 years, the Triple J Hottest 100 has become part of the soundtrack of Australia Day. It’s something that Australians enjoy. It’s one of the fixed points of reference.

“There are a relatively small number of people who have an issue with the fact that Australia Day is celebrated on January 26,” Fifield added.

Federal minister for resources Matthew Canavan has gone on Sky News and called Triple J’s decision  “disgraceful” and accusing it of trying to “undermine our national day”.

“This should be condemned loudly,” Canavan said. “Our national day is Australia Day and I don’t think it’d for them to start redefining our national culture… I hope they reflect on this decision and change it.”

Elsewhere, the assistant minister for immigration, Alex Hawke, issued his own statement, calling the decision “disappointing”.

“The constant push to politicise and delegitimise Australia Day being held on 26 January is pathetic and out of step with most Australian’s views,” he said in a media statement.

“It is hard to believe that Triple J would not understand that moving a signature event from Australia Day, would be seen as anything other than a political argument against Australia Day continuing to be held on 26 January.”