Advertise with us
Posted 7 February, 2019


Have you heard the good news? B&T Bootcamp is back! Following a successful inaugural event last year, one of the best and most educational days on the industry calendar is returning in 2019, presented once again by MediaCom.

B&T Bootcamp is just under six weeks away, so never fear, there’s still time to grab some tix (but don’t dilly dally because tickets go fast!)

In the lead up to this not-to-be-missed event we thought we’d interview some of the amazing mentors you’ll hear from on the day, and their thoughts on all things media, marketing and advertising.

B&T Bootcamp takes place on 18th March at the Federation Conference Centre in Surry Hills. Check out the full line-up on the website and grab your tickets today!

Meet Anna Karena – chief creative officer at CX Lavender. With a heritage in copywriting, Anna Karena is a master of both message and the modern digital landscape within which it dwells. She has more than 40 local and international awards, has served on prestigious juries such as Clios, and is a globally recognised creative leader. She is currently Chief Creative Officer at CX Lavender, and holder of the B&T 2018 Women in Media award for creative. Check out our interview with her below!

How vital are young people to the media industry?

Beyond vital. They’re like a telegraph (although they wouldn’t know what one is) from the future. As someone who got her first mobile phone in her 30s (yes!) I was saved from a descent into certain media fuddy-duddiness by the decision to buy my two daughters iPhones in their 10s. That opened up a daily household feed (so to speak) of all things modern media, and much insight into the fascinating behavioural pathways being forged by the young (very young), and into how society consumes media.

How are young people “disrupting” the media industry?

I attribute young people to being the start of the content marketing revolution that disrupted media massively, through demonstrating (by their clicks) that they’d turned ‘banner blind’.

Banner ads were the pioneers of the digital advertising age. They were a hit with consumers for a while as we got used to the thrill of ‘clickability’ in general. They worked for the generation who were attracted to traditional media techniques (big ideas, billboards, page-takeovers), but became boring instantly to a generation of young media-savvy digital natives. When they stopped clicking, marketers got panicky and realised the only way to get a click, was to start playing something the audience could genuinely get something they wanted from. Cat videos were the start. And they still rule. But it got much, much bigger than that, to the point where a TV ad’s not the way to reach your customers, and a YouTube bumper is.

What can the industry do to attract and retain young talent?

Graduate programs are becoming increasingly relevant and important. Where I work, our entire future fleet is based on university recruiting and mentoring. The young need to mentor the young, year on year. The skills of more mature mentors are far from obsolete because business wisdom is business wisdom. The smartest employers will create a youthful melting pot, let them do their thing and mentor and guide them past the potholes of immaturity (which I believe, as a mum of two teens, will be a universal standard!)

It could be, dare I say, kid gloves. Career achievement, in any industry, requires a level of fitness. Like learning a sport or playing an instrument, you get better and faster the more you do and the quicker you do it. I work in a creative business but have the skills I have today thanks to a period in my early career when I was pushed really hard. I sometimes cried. But it wasn’t life-threatening! Wiser and older people than me were pushing me to learn what they knew and I didn’t. In hindsight, they were generously giving me their scarce time to bother passing something on.

I believe in the wisdom of experience, and not just because I’m now experienced. I believed from an early age. An innate ‘native’ grip on technology is one skill. But it’s not the only one.

Not listening; not believing you have anything to learn from anyone else is, and always will be, fool-hardy. It’s another transgenerational constant.

How can young people avoid ‘burn-out’ and create a better work-life balance while working in the industry?

Focus in (on the work you’re doing, however big or small) not out (on what disasters might happen) is something a 20-year career has taught me. Don’t stress out. Have healthy ambition, but don’t have career-limiting melt-downs at work, and when you do, resolve not to have many more. Build rock solid relationships, they’ll keep you protected and employable forever. Be humble. Listen while you’re young. And never be defensive. (It shows you’re scared.)

How important is ‘passion’ in the industry?

Passion is so important as it’s the force that keeps things interesting. The opposite of passion is plodding. When you plod, you never invent anything. If everyone had plodded, there’d be no YouTube, Snapchat, Instagram, Musically, Lenses, Filters, Native, Image Scraping, Retargeting, Programmatic. The last decade or two’s passion created such a wonderful wave of data-licious possibility. Passion is the stuff that’s going to take us for another ride on the outputs of the last decade’s passionistas!

How can the industry work towards creating a more diverse workforce?

I attended the inaugural D&AD RARE masterclass at the end of 2017, which focused on creative industry diversity. We often define diversity based on gender or ethnicity, but at RARE they highlighted the value of cognitive diversity, i.e. assembling teams of different kinds of thinkers (say an engineer and an artist).

It’s interesting to me that our ‘adland’ of old, heralded for its cool, creative jeans-and-tee-shirt culture, actually evolved to a state of conformity that was almost cult-like in its protocols, attracting droves of very like ‘types’, and very buttoned up rules and practices. I think as consultancy and agency have started to integrate, the establishment has been shaken out of those old norms. We’re seeing more experimentation in ways of working, cross-functional teaming and the merging of the strategic and creative disciplines. This will help us be less like sheep.

What was your biggest learning as a young ‘adlander’?

My mum had a viewpoint that the mark of a true professional is someone who can do their work both brilliantly and quickly. My biggest learning as a young ad-lander in the 1990s was how to do that. Enormous client budgets in that pre GFC era created enormous pressure to deliver and over-deliver. We had heaps of jobs on at once, very on-edge bosses and clients that lived in tall ivory towers. The quality expectation was very high and working structures intensely hierarchical, so another learning was how to be resilient. You could work until midnight on a brief only to have your creative director (in dulcet tones) tell you to start again in the morning. Tough times, but ones that left me with an armadillo shell that fortifies me from stress and pressure to this day.

If you could re-do the start of your career, what would you change?

Probably working as a waitress. I got my first firing.

What wouldn’t you change?

I wouldn’t change spending a few years fighting to be in the job I really believe I’m best naturally skilled to do. At 19, starting university I knew I wanted to be a writer, but exiting university with a BAhons in English Lit certainly didn’t guarantee you a job as a copywriter in an advertising agency. It took moving countries, working three years in a print shop and doing time as a 50/50 suit and copy hybrid before I got my first job as a copywriter in an agency, only to be re-trenched after six months! I had to go back to suiting for a short stint before finally landing the job that launched my copywriting career. It was well worth the effort and wait.

What’s one piece of advice you’d give young people starting out in the industry?

When you’re at work if you want to get ahead – get to the top – ask yourself the question: what would I do if this was my business? The ensuing behaviour tends to make you super conscientious, super helpful and super popular with bosses. I’ve always used it, and it’s always worked. 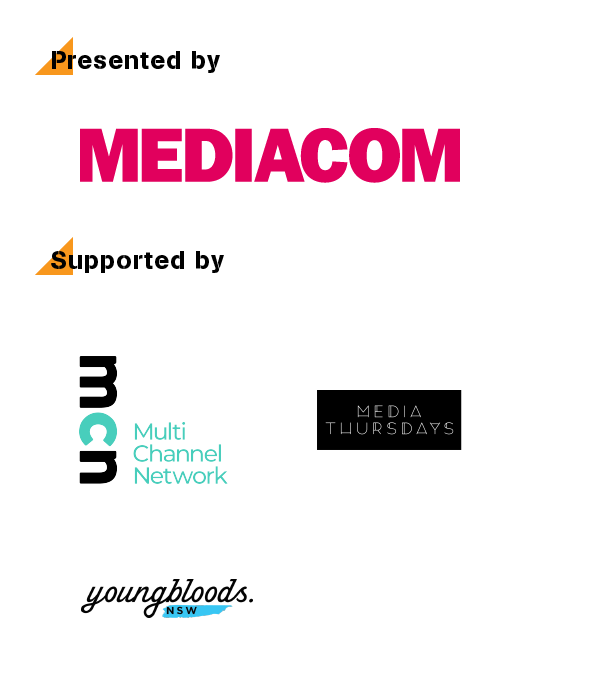