P&G’s Marc Pritchard (pictured below) has announced the company will open a dedicated creative agency to service its North American Fabric care business by July.

Ever the crusader for unification, the agency will be made up of talent from Saatchi & Saatchi, Grey, Marina Maher Communications and Hearts & Science. 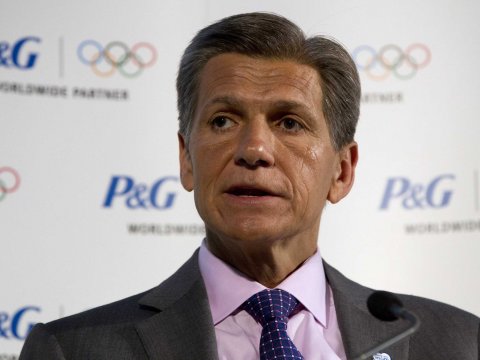 The creatives will work under the same roof in P&G’s New York and Cincinnati headquarters.

The shop, which is yet to receive a name, will be headed up by Saatchi & Saatchi New York CEO Andrea Diquez.

Speaking at the 4A’s Accelerate conference in Miami, Pritchard said, “Think of it as an interactive agency that focuses first on people, so that the creative talent, the account talent, the planning talent, the media talent comes together on an integrative basis to create the best creativity.

For Pritchard, the agency will offer a “people-first model”, where creatives from a number of different holding companies will come together and contribute harmoniously.

“You now have a community of creatives working together.”

“What it’ll also allow them to do is optimize digital media, with social media and search and those kinds of things to get the best reach and cost per reach.”

In early March, Pritchard encouraged agencies to “strip away anything that doesn’t add to creative output” while speaking at the Incorporated Society of British Advertisers (ISBA) conference in London.

Proctor told the audience that P&G – the planet’s biggest ad spender – had slashed the money it spends on “wasted media” by half, having already reduced the figure by some 20 per cent.

The cuts to spends were reportedly mostly done in the US market where P&G spends a reported $US2.4 billion a year on advertising.

In March of this year, PHD’s Mark Coad echoed Pritchard’s statements on consolidation, claiming adland has “lost its way”.

Speaking on a panel at an event by the Australian Association of National Advertisers and hosted at PwC’s Sydney headquarters, Coad urged agencies and marketers to take more responsibility in understanding the legal and structural relationship between them.