Following on from its rebrand announced today, Magazine Networks has given B&T exclusive access to its research, which is forming the centre piece of its message to advertisers and marketers that magazines are a genuine cross-platform solution and above all are aggregators of highly engaged, motivated and influential communities.

The survey solicited responses from readers across six categories – food, lifestyle, fashion, health, home and weeklies. Readers were divided in each category by whether they read magazines in print, online or both. The largest survey group was for weeklies with 1228 readers in total. The smallest was health with 244 readers. 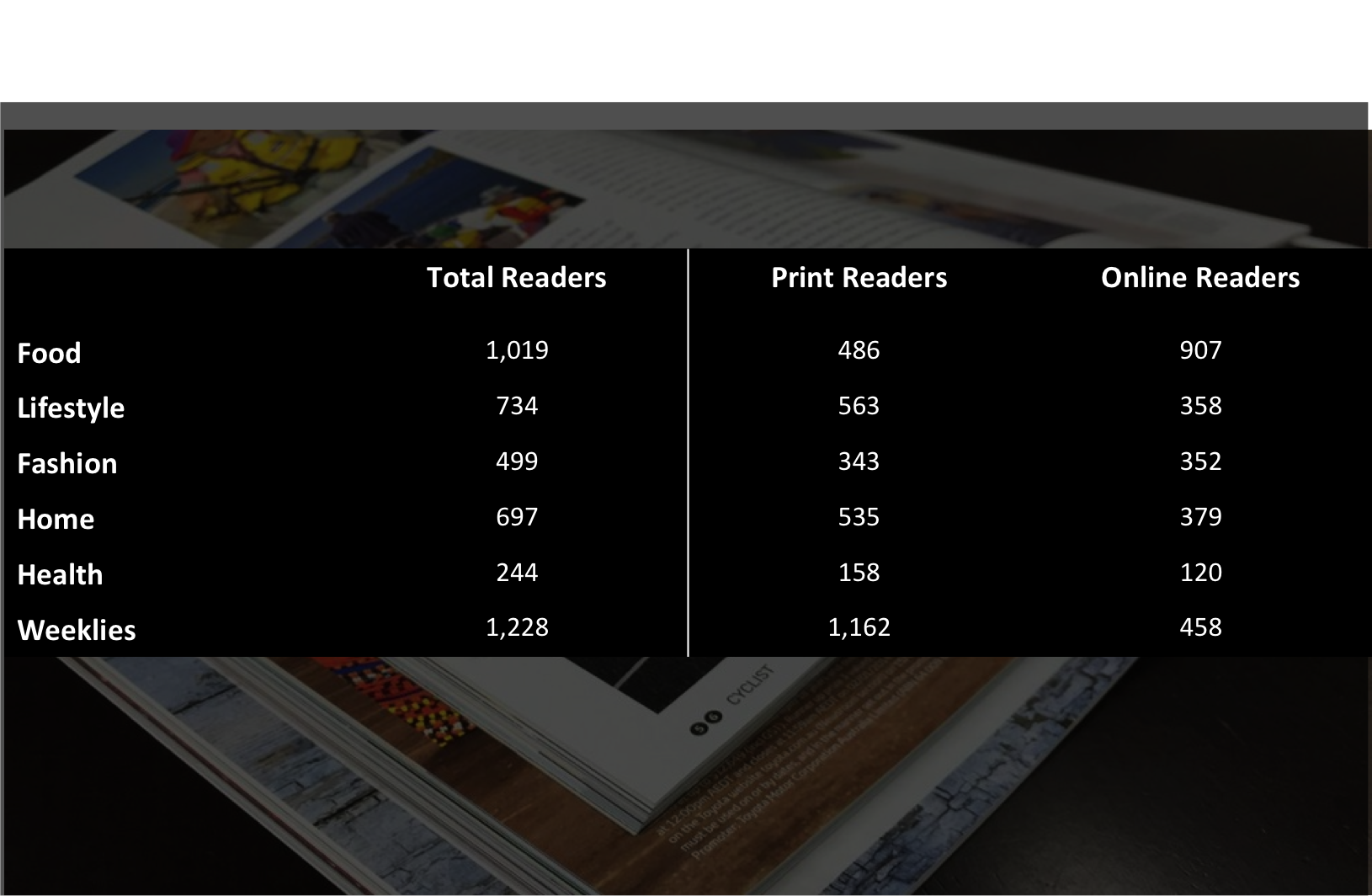 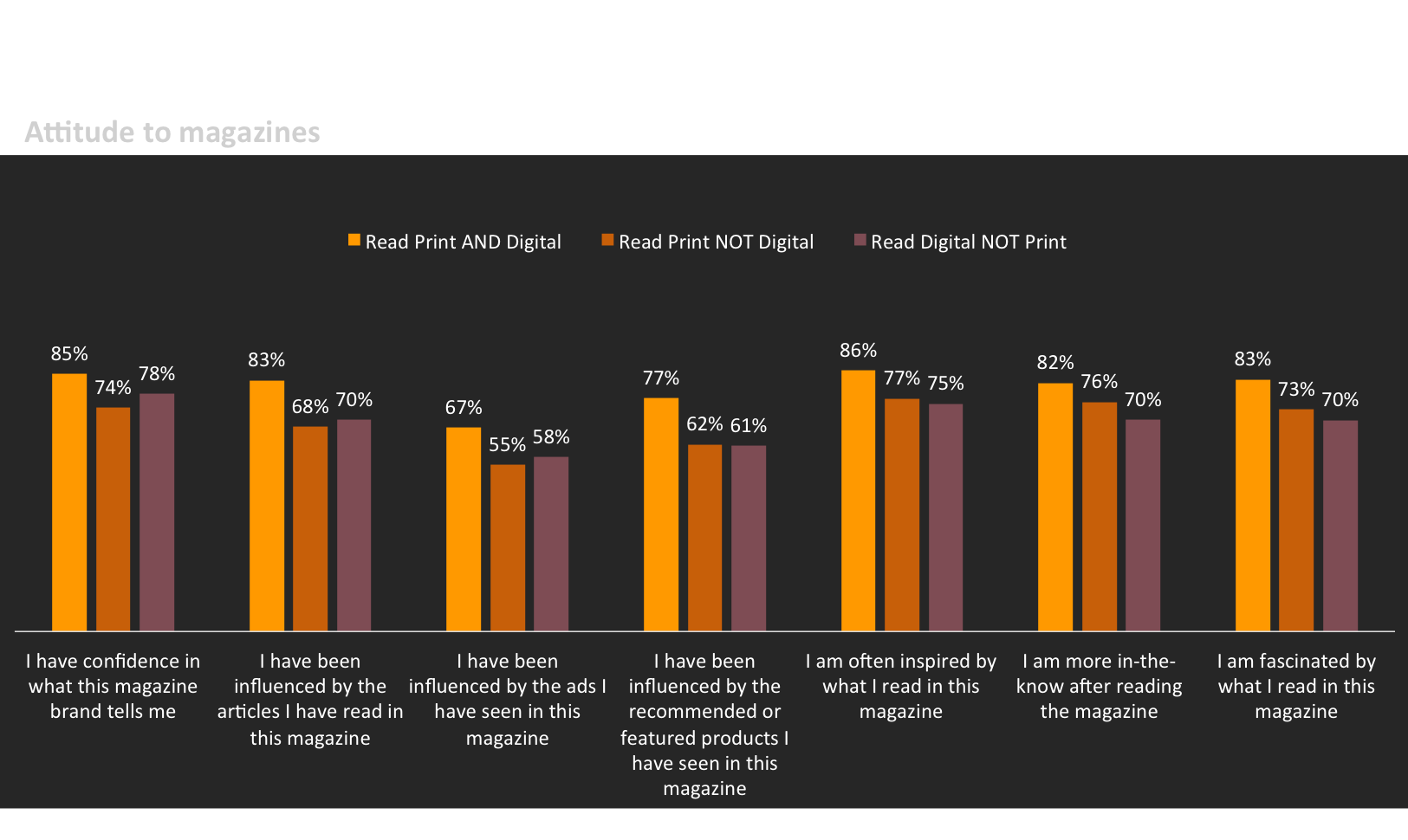 Perhaps of more significance to marketers looking to embrace the cross channel potential of magazines, 46 per cent of print magazine readers said they went online to visit a magazine’s online elements or to further research a product they had seen. 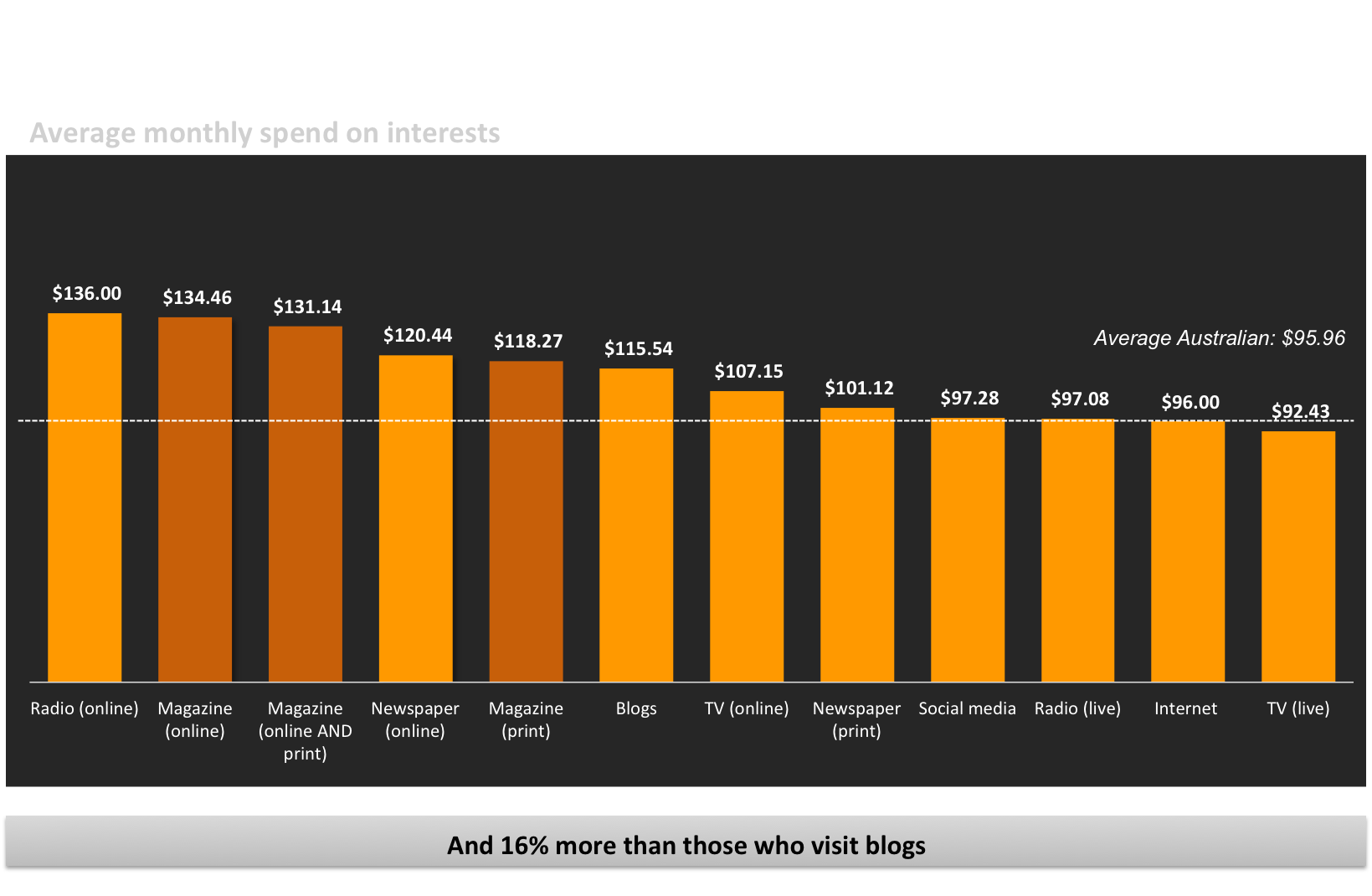 Similarly, magazine readers are 18 per cent more likely to post on social media than other media consumers and are also more vocal about the products they use thus making them more likely to be influencers. 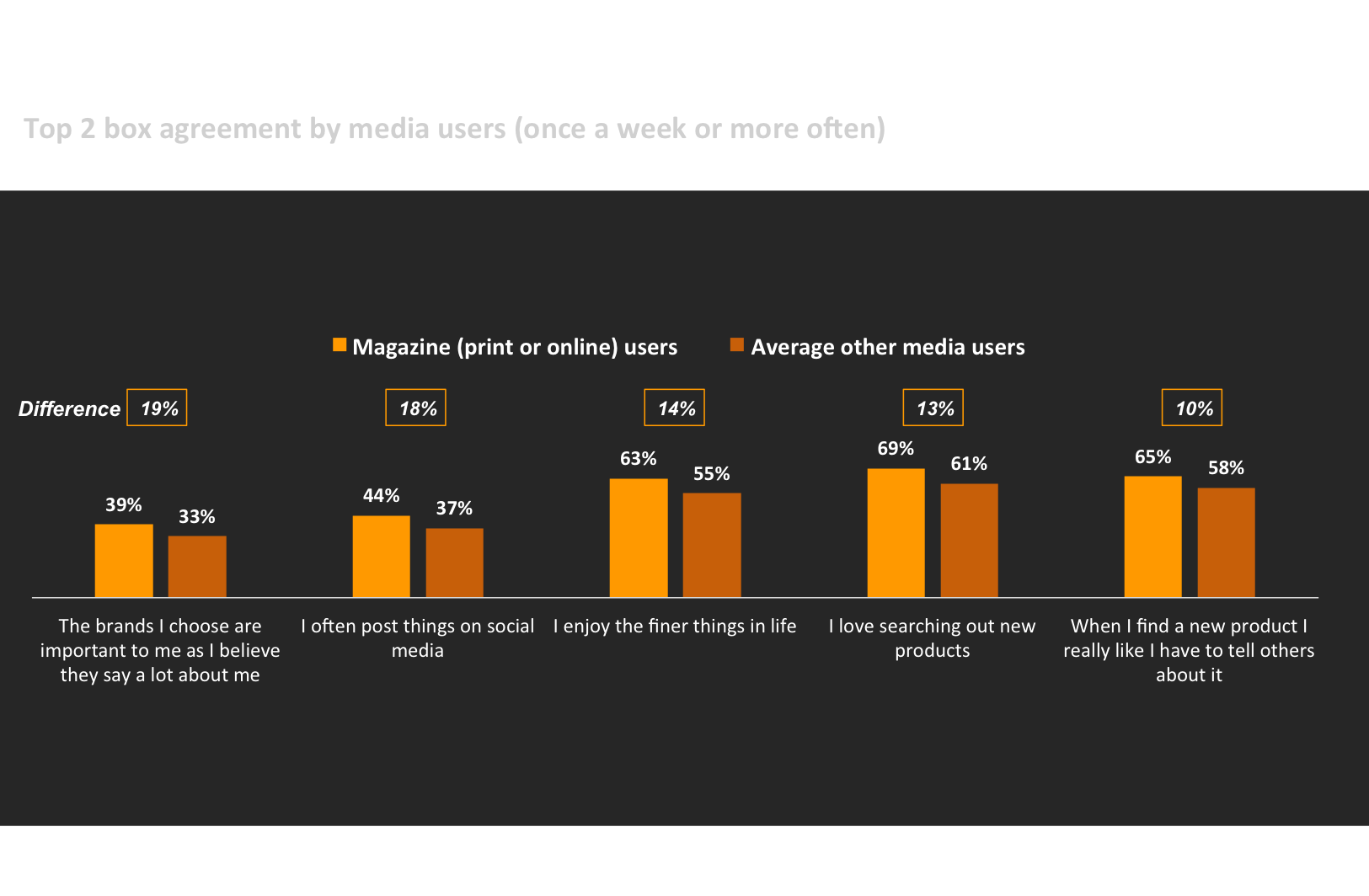