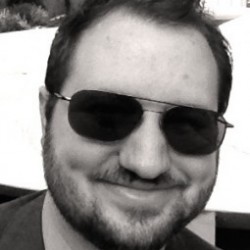 
The ‘Projector Drone’ is now a reality. This exciting project is being developed by the team at Melbourne-based company, I-Drone.

The ‘Projector Drone’ is capable of beaming news, games and advertising over the walls of a city near you.

The proof of concept vehicle is able to fly for 12 minutes at a time, features its own on-board data storage and a 500 lumens projector. The company is already working on more sophisticated features, including live streaming data, pan and tilt projector controls and ultrasonic sound capabilities.

Ryan Hamlet, the company’s Project Manager, has said: “We are dedicated to pushing the boundaries of what drones can do. We want to go beyond ‘eye-in the sky’ applications. Our ‘Projector Drone’ does not record the world around it. It broadcasts onto it.”

“The ‘Projector Drone’ is one of our favourite projects and has been developed in partnership with the team at Mini Projector.com.au”

The global civilian drone market has been estimated at $400 billion by government-backed research out of the UK. But perhaps that figure needs to be re-evaluated in the wake of the Projector Drone and other creative drone projects from around the world, which could add entire new markets to the industry.

I-Drone are now in the process of looking for commercial and educational partners to continue this project with them.