A new study into the satisfaction levels of Australian “quick service restaurant” customers (aka: fast food) has found Grill’d burger fans leave with the most satisfied tummies and general satisfaction overall.

The study by Roy Morgan Research found that 11.8 million Australians (aged 14-plus) ate at a quick service restaurant in the last four weeks.

Grill’d topped the satisfaction ratings with 90.7 per cent of their customers fairly satisfied or very satisfied.

Although Grill’d scored the highest satisfaction among the thirteen largest players in this market with 90.7 per cent, it was closely followed by Guzman Y Gomez with 89.3 per cent, Crust Pizza (86.6 per cent) and Subway (85.8 per cent). Despite McDonalds having the largest number of customers in an average four week period, their customer satisfaction was only 66.2 per cent. 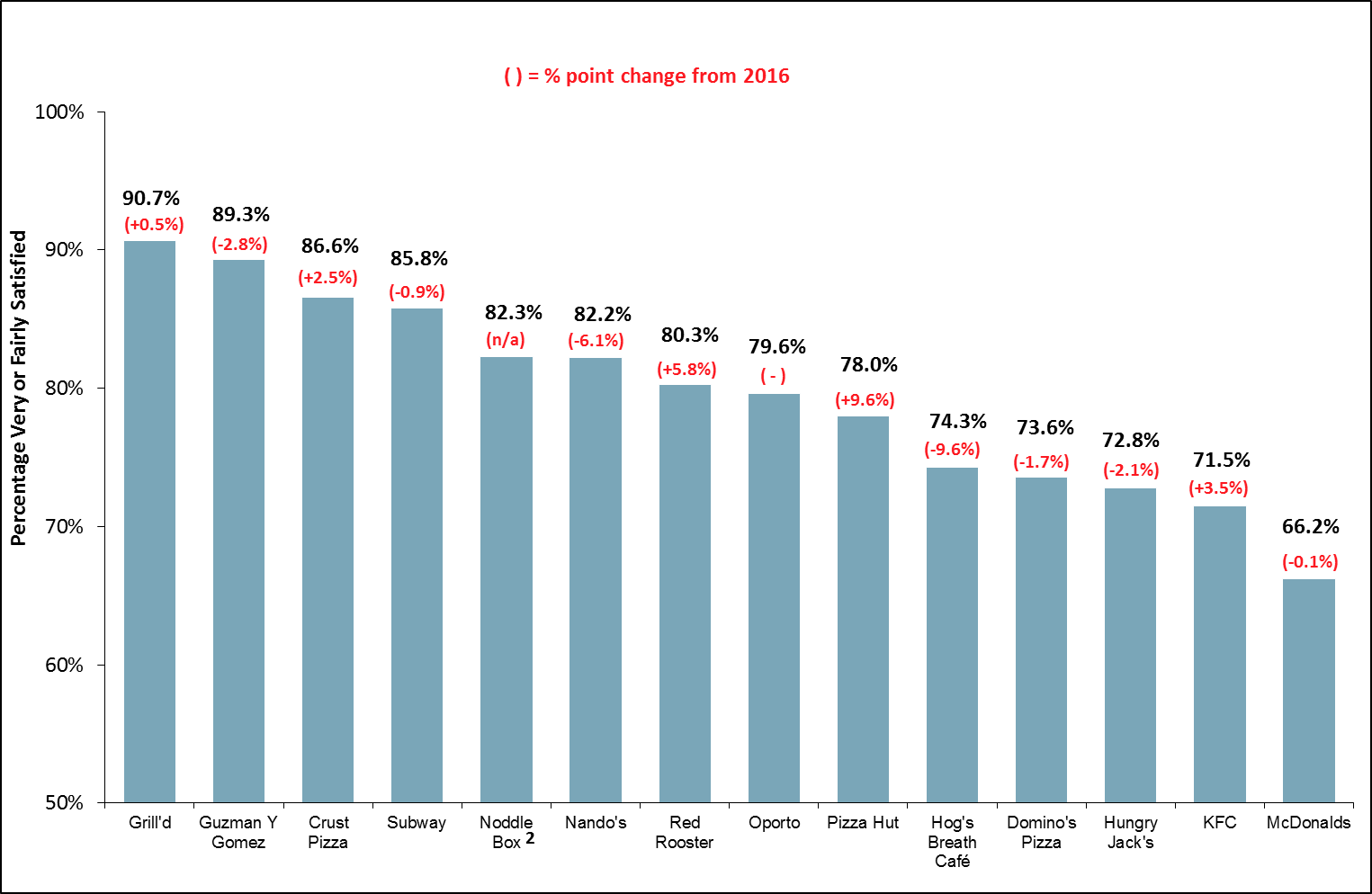 Commenting on the findings, Roy Morgan’s industry communications director, Norman Morris, said: “Over the last four years, there has continued to be strong growth in the patronage of quick service restaurants, with an increase of over 1.3 million or 13 per cent. This has increased customer numbers in an average four week period for those over 14 to nearly 12 million and as a result has brought with it very tough competition.

“The use of quick service restaurants is widespread across all age groups and socio-economic segments. However, Roy Morgan has a great deal more information about the customers of each of the major brands, enabling an in-depth understanding and profiling, a necessary tool for anyone involved in strategy development in this fast growing and highly competitive industry,” he said.