In the first of a four-part series aimed at threats and opportunities for agencies, regular B&T columnist, Robert Strothfeldt from Strothfeldt Consulting (pictured below), argues that, too often, advertising agencies want to provide every service bar advertising…

After 30 plus years in and around the advertising business it is not surprising to have seen some radical changes. “Disruption” is the term used to describe the impact of technology – wiping out some industries and creating others. 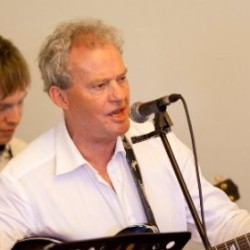 The advertising industry is not immune to disruption and it has resulted in four existential threats to agencies (both creative and media). Advertising will always go on, but will the “service” be provided by agencies, or will it be dissected and absorbed by other service businesses?

The four threats are:

Though addressed separately, they are interlinked.

1 Identity: There is debate about when the first advertising agency started. Some say William Taylor in 1786, others RF White and Son 1800 (both in London) – both placed ads created by clients in newspapers. In 1869 Francis Ayer opened the first full service agency in Philadelphia. Up until Ayer started, the industry was made up of advertising agents. They bought newspaper space for as little as possible and sold it to clients for as much as possible. (Sound familiar?). Francis Ayer added copy writing and graphic design to the media buying. Up until then media agents (media) and graphic designers (creative) were separate businesses.

And nearly 150 years later, we are back to the future with media and creative now two separate businesses. (Same holding company is about as close as they get). For the best part of 200 years, advertising agencies have planned and bought media and created and produced ads. Obviously these processes have become more far more sophisticated. And disciplines such as direct marketing, sales promotions, PR, etc. were added to the mix so advertising broadened and communications was coined to cover all above and below the line disciplines (market research is in there too).

In the past few years in particular, there has been an identity crisis in advertising. It seems we want to provide every service but advertising. There is no doubting the world has changed and mainstream media in no longer the only game in town. But it is still the number one medium to reach large numbers of consumers and hence a mandatory element of the advertising mix of any B2C mass market business. (It takes the biggest chunk of the budget, but receives the least attention.)

No business or industry can stand still as the environment around them rapidly changes. So it is only logical that with the advances in technology and fragmenting media landscape, both creative and media agencies must adapt and add new services. But there should be two considerations:

Innovation labs are a fairly recent “must have”. Some agencies have become totally besotted by technology, seeing it as the answer rather than a tool. There is no doubting that having a car’s panels “pulse” in tune with the driver’s heart beat is a very clever piece of technology. But is this what a client looks for in an agency? I know it was a joint client/agency initiative, but you wouldn’t see PwC involved in such projects. The advertising industry in Australia is not Silicon Valley, which is where one would expect this to be developed. And what did it prove? That driving a Lexus makes your heart beat faster – why? Because of the performance. Not only does it take several deductive steps to reach this conclusion, it does nothing to change the perception of Lexus – great car, but boring and driven by old farts. And most people would think the panels are pulsating faster because the old fart at the wheel is having a heart attack. Adding to the ludicrousness, Lexus stated:

Businesses invest heavily in R&D. Agencies have neither the skills nor the money to be a second client R&D department. If agency innovation increases the effectiveness of their core business (through performance, cost or even a new area not previously considered) then it passes the relevance test. Otherwise it is money that could be better spent servicing clients. (The old adage still hold true – creative/ideas wins clients and service, or lack of it, loses clients.)

Just recently a major industry publication ran a feature on attribution. A “high level discussion of top industry professionals” and 10 key lessons to come out of these discussions. The same question can be asked – what the hell is an ad agency doing dicking around with this?

Anyone in advertising or marketing would have heard some variant of the quote: “Half the money I spend on advertising is wasted, the trouble is I don’t know which half.” It was made by John Wannamaker (1838 – 1922). I am not sure what year he said this, but as he fell off the perch way back in 1922, it has been around for a long, long time.

The term attribution is new. But the maths is not. It is a form of multi-variate analysis such as factor analysis, driver analysis – there are a number of techniques that could be used. Having started my career as a mathematician (BSc Pure and Statistical Maths), I know how incredibly complex this is because the number of variables involved in human behaviour are immense. (Some would say too many to consider). It is not something that a one-size-fits-all algorithm can solve. In fact, a PDF for each scenario is required i.e. No two scenarios are the same and hence a PDF, or equation, would have to be derived, then be programmed to produce an algorithm for each and every case. As the most of you would rather stick pins in your eyes than read me bang on about high level maths, let’s just say that a person who works in data and IT has no more chance of correctly doing attribution modelling than a paramedic has of being turned into a transplant surgeon with a bit of on the job training.

At least attribution has a high degree of relevance. The question is one of competency – do creative and/or media agencies have the required training, skills and equipment?

If unqualified people play around with attribution the odds of f …ing  it up are high. And since clients have been screwing our fees down for the past 30 years, you may just be giving some clown in the procurement department a reason to cut the ad budget even further.

The same reason agencies should not be involved in the nuts and bolts of attribution, apply to big data. Even more so as businesses such as advisory, the Big 4 (who started as Chartered Accountants), have far greater access to client data due to the nature of services such as Audit and Taxation.

Carat is an example of a media agency focusing on their core business. Their mission statement is: “Redefining the value of media through our command of convergence.”

From the late 90s, when the internet moved into the public realm, it was recognised that convergence was the future of media. None of this “digital media” versus “non-digital” or “traditional/legacy” media crap –consumers move seamlessly between the two.

Media (and creative) agencies have had to keep pace with the rapidly changing media landscape, but ultimately they are still media specialists. Compare this with some of the other major media players who are talking about diversifying their services into areas such as big data and content – it still astounds me how the latter, such an incredibly broad term, has grown into a specialist industry. (And no, Carat are not paying me to give them a plug.)

Splitting media and creative made sense when first mooted, but the result is the most basic of all equations in our business doesn’t really apply anymore:

There has been a shift to try and bring creative and media back closer together, but even so they essentially still remain as two separate businesses in a world where integration is a pre-requisite to survival.

Instead of both working together in manner where the end result is greater than the sum of the parts, each is looking to find their own place in a digital world.

Both media and creative agencies should focus on what has always been the role of advertising – persuasion. Persuasion at each of the many touch points with consumers.

A big change today is that agencies need to offer an integrated persuasion service (As opposed to being above or below the line specialists). And this is much more than a series of mutually exclusive silos. Again it is another sum of the parts solution – all working together. The desired ultimate outcome is still the same – long-term profitable sales. Hence, how does persuasion help best achieve this result? (In its role as the fourth of the 4Ps, which still apply.)

When businesses think of persuasion, they should be thinking of advertising agencies. Not only for the messages, but also for the most impactful and cost effective way to distribute these messages to their target markets.