Kim Kardashian-West is Vogue Australia’s June issue cover girl, appearing in her first photoshoot since the birth of her second child, Saint West, and her second Aussie Vogue cover.

The shoot was styled by Vogue Australia’s fashion director, and close friend the power couple Kimye, Christine Centenera, with the photos snapped by Lachlan Bailey.

It also features Kimmy wearing a corset designed by Aussie fashion icon and sunglasses connoisseur Alex Perry, in what is amazingly only his first cover of Vogue.

Of course Kim was also sporting a shirt designed by none other than hubby Kanye, while a total of 10 corsets were commissioned for the shoot, which editor-in-chief Edwina McCann said were paired with t-shirts to refresh Kim’s look.

“For this cover we wanted to reinvent Kim, which is a difficult thing to do when you are working with one of the most photographed women in the world — add her selfies and she must be number one,” McCann said. 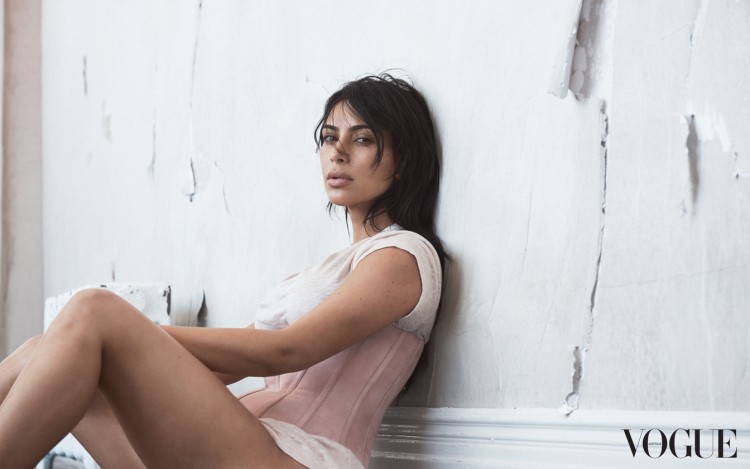 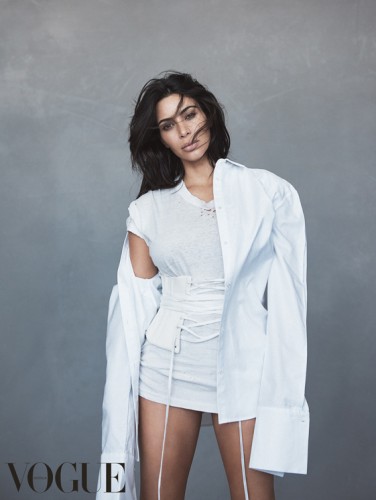 A snippet of her interview, which hits the shelves on May 16 in the June issue of Vogue Australia, reads like this:

Vogue: Your idea of misery?

KKW: “Misery is so subjective, this is a hard one … for me, though, it is when I don’t have any sleep, I feel miserable.”

Vogue: If not yourself, who would you be?

KKW: “I would love to be a forensic investigator and live a normal life.”

Vogue: Your heroes in real life?

KKW: “My dad was, for sure. I love that he was always so honest about family. You know, that’s something I really looked up to.”

KKW: “Obviously, my mum. Once you become a mother, you have a new-found respect for people who have gone through it — especially knowing my mum has had six [children]; that’s so intense for me. I want to live her life and be successful, work hard and still have so many kids — and still take care of everyone else.”