Consumer do-gooders Choice have unveiled its annual list of Shonky Awards, nominations for brands or products that simply don’t live up to their marketing or are just plain dodgy. 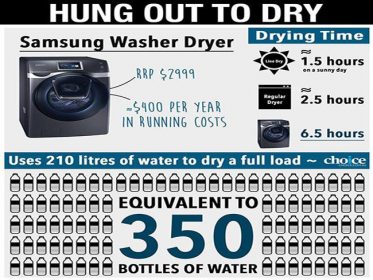 This year, Samsung claimed a Shonky for a $3000 washer/dryer machine that took six-and-a-half hours to dry a full load, and used 210 litres of water. 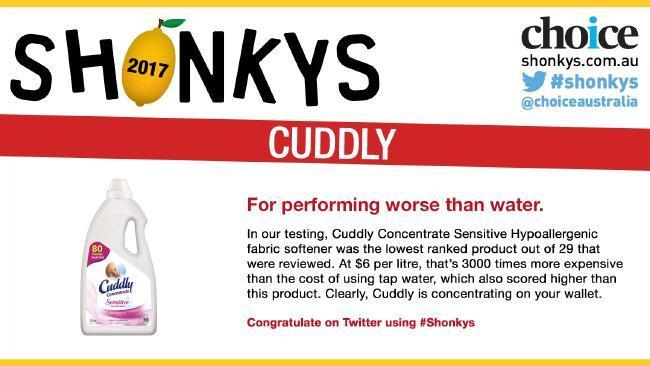 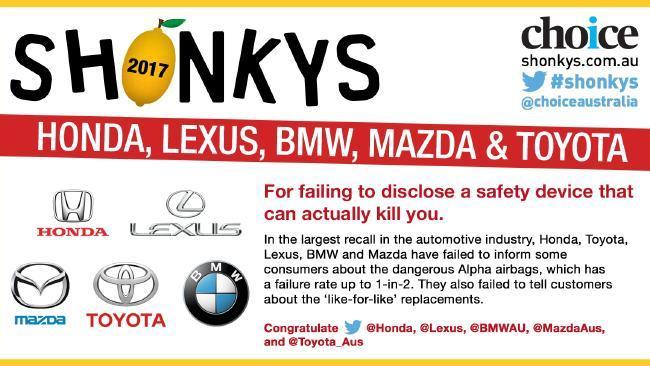 Takata airbags were installed in 2.49 million Australian vehicles across 70 models of cars sold by 14 manufacturers. They have reportedly caused more than 180 injuries and at least 18 deaths worldwide. 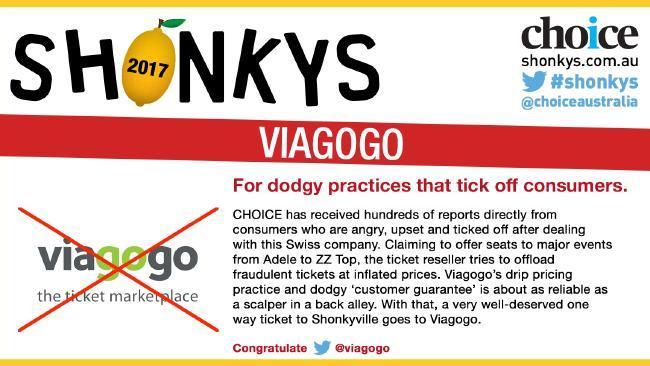 Ticket reseller Viagogo describes itself as an online ticket marketplace that allows consumers to buy and sell tickets to sporting events, concerts, and plays. However, Choice said the site allowed people to offload fraudulent tickets at inflated prices. “Viagogo’s drip-pricing practice and dodgy ‘customer guarantee’ is about as reliable as a scalper in a back alley,” Choice said. 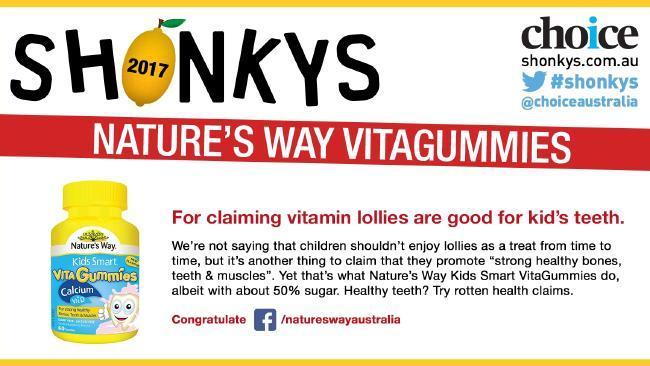 Nature’s Way Kids Smart Vita Gummies earned a gong for containing about 50 per cent sugar, while the use of a colourful cartoon character on the bottle “aimed to tempt kids and trick parents”. 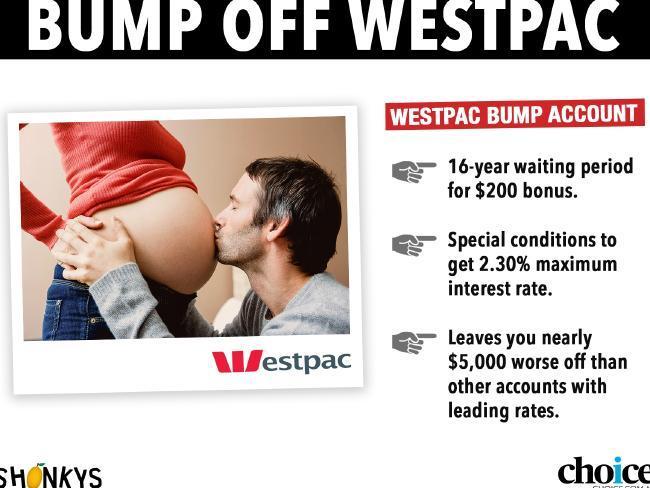 Westpac got nominated for its Bump Savings account which gave first-time parents a $200 savings account to their unborn child. Choice said with an interest rate of 2.3 per cent, customers would need to wait 16 years before they can cash in on the money. 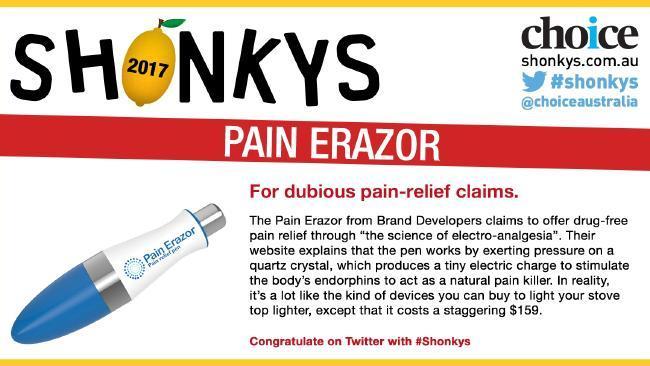 The $159 Pain Erazor pen, which claimed to offer drug-free pain relief through the “science of electro-analgesia” by discharging an electrical current onto the skin up to 40 times earned its Shonky because it was “unlikely to be beneficial for pain”. 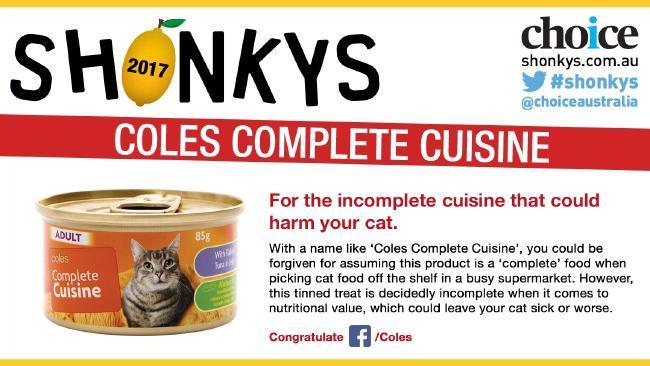 While Coles Complete Cuisine cat food also fell under the Choice microscope because it failed to meet all of Puss’ nutritional needs and even admitted it on the back of the can.