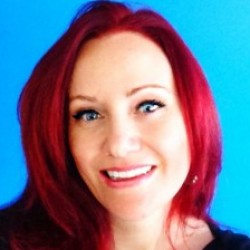 The commercial concept taps into real life moments that are experienced by Chemist Warehouse staff and customers every day. “All too often brand ads focus on lofty ideals but lose sight of brand truths. Ultimately, our brief was to keep it real,” said Peter Quattro CEO Quattro Group. “Our team didn’t need to go far for inspiration. These day-in-the-life scenarios are played out day in day out in Chemist Warehouse stores across the country.”

“The concept is anchored by the song – world-wide hit – Our House which delivers the nostalgia and recognition, but more importantly captures the essence of Chemist Warehouse. We simply rewrote the lyrics and showcased the engaging everyday scenarios,” said Peter Quattro from the Melbourne-based advertising agency which developed the Chemist Warehouse ad.

Chemist Warehouse COO Mario Tascone said: “We are delighted with the campaign because we believe it shows Australian audiences that we are a group of dedicated, well-trained health professionals with a real passion for keeping Aussies healthy and happy at the absolute lowest prices.”

The TVCs were directed by Robby Douglas Turner, Piglet Productions; who is credited for producing a string of big brand TV commercials. Mike Burrows, Brand Music adapted the lyrics to the tune to produce a unique voice.

Peter Quattro commented: “Quattro & Chemist Warehouse have worked together for five years. In that time, Quattro has developed an affinity for the business and the management team. We believe that, as an agency, we operate best as an extension of a clients’ business; understanding their challenges and defining objectives as if they were our own”.

The rolling campaign is made up of one 45 second and two 30 second TVCs, supported by radio and digital executions and will launch nationally on FTA, STV and cinemas on August 11.