Youth fashion brand Calvin Klein has been forced to issue an apology after its latest campaign was slammed as “queerbaiting”, a marketing technique designed to attract an LGBTQI+ fan base.

The ad shows supermodel Bella Hadid sharing a kiss with CGI influencer Lil Miquela. What’s caused all the fury is that Hadid identifies as straight and Miquela doesn’t even exist.

As the two kiss, a voice-over from Hadid says, “Life is about opening doors, creating new dreams you never knew could exist.” Check out the spot below:

The ad, that debuted last week, was immediately called out as “queerbait” and for being just a little bit on the creepy side. 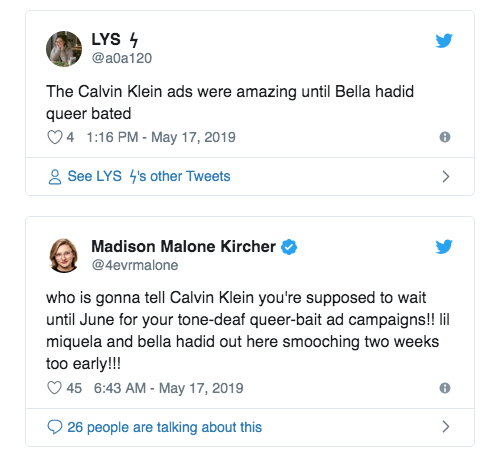 Responding to the criticism, Calvin Klein issued an apology on Twitter that read: “We understand and acknowledge how featuring someone who identifies as heterosexual in a same-sex kiss could be perceived as queerbaiting,

“As a company with a longstanding tradition of advocating for LGTBQ+ rights, it was certainly not our intention to misrepresent the LGTBQ+ community.” 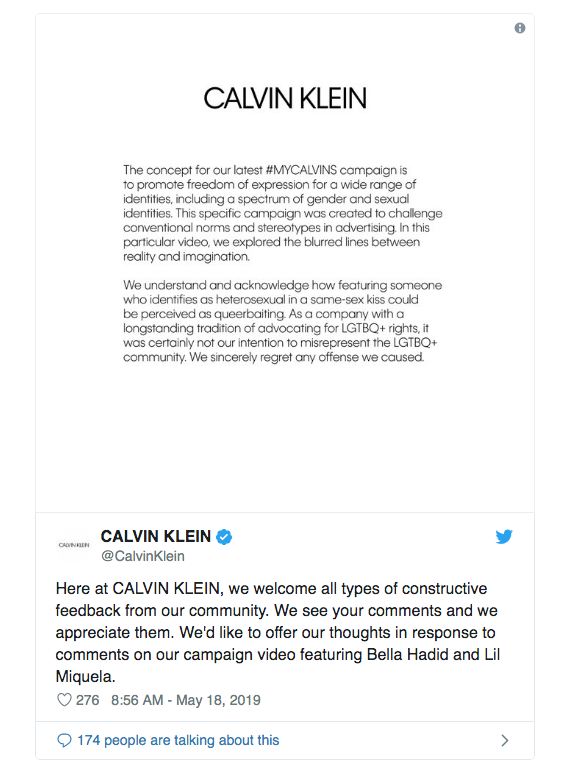 Meanwhile, in other LGBTQI+ ad news, Hong Kong officials are in strife after a same-sex outdoor campaign was banned and promptly reinstated following a chorus of complaints.

The poster campaign featured two men holding hands on a beach and was part of Cathay Pacific’s new publicity campaign called “Move Beyond”. 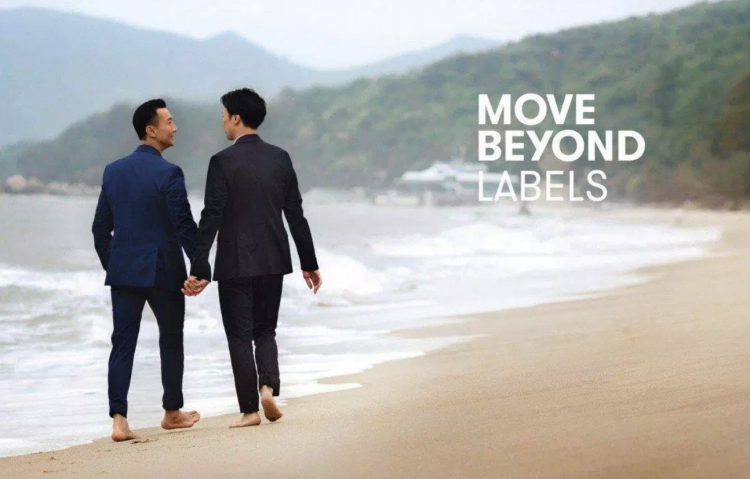 Following complaints from the public, the ad was quickly removed from the city’s subways and airport by OOH operator JCDecaux.

Problem was, Hong Kong is set to host the Gay Games in 2022 and the uproar from the city’s LGBTQI+ community was fierce and swift, forcing the campaign to be reinstated.

Bess Hepworth, founder and executive director of LGBTQI+ group Planet Ally, led the complaints: “It’s just so disappointing that something as simple and innocent and beautiful as someone caring for another should receive such vitriolic pushback.”

Dennis Philipse, the chairman and founder of Gay Games Hong Kong 2022’s bid team added: “I’m happy that [the advert] will be posted again. It shows that Hong Kong is ready to host the Gay Games for the first time in Asia in 2022.”