Advertise with us
Posted 8 November, 2017


What’s the worst thing when you’re hungry? Watching BuzzFeed’s Tasty videos. Luckily, at Mums Marketing Conference on Monday, they came with a side of valuable marketing insights – and a promise of lunch.

The marketing insights were courtesy of BuzzFeed’s client services director, Charleen Ong, and were centered on the content platform’s fastest-growing franchise, Tasty.

“What the fu*k does BuzzFeed do?” she began.

Ong helped answer this question for the (severely) uninformed with a short video featuring US president Donald Trump calling BuzzFeed a “flaming pile of garbage”. Perfect.

Now that everyone knew what BuzzFeed was, Ong went on to completely debunk homogenous marketing to mums – only two thirds of the readers of their parent-targeted content are actually parents. 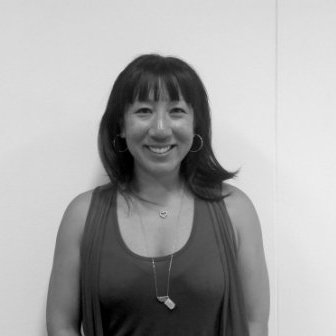 Millennial mums are occasionally looking for something different – not just mum-related content. And older mums are barely looking at parenting content to start with.

“You don’t just use one story or one thing when it comes to creating content for mums,” Ong said.

“And in particular, when [BuzzFeed] went to a slightly older demographic for parents than Millennial mums, parenting content just fell off the radar. They don’t give a shit.”

So what do they give a shit about? This is where Tasty comes in.

Tasty has skyrocketed in popularity since it started, particularly with mums and amateur cooks using the flat-lay cooking videos and tutorials then posting their own creations. It’s now the largest food network in the world.

“There are some recipes that work really well on a global scale, and others that, in particular markets, don’t,” Ong said.

“For example, we know that dessert recipes that contain Nutella work extraordinary well across the globe, except Brazil.

“And again, by going through what our audience was saying, we were actually able to find out that Nutella actually sits at a really high price point in Brazil – no one would actually use that in their recipes.”

And what its audience is saying is an astronomical part of Tasty’s success. Rather than focusing on what their content is, BuzzFeed asks how their audience uses the content.

“The magic of Tasty is human connection,” Ong continued.

Humans connect to each other through the comments section on Tasty, which enables BuzzFeed to figure out specifically what will work as content and what won’t.

This makes its marketing to mums – and everyone else – better, because humans are more likely to connect with other humans than with a blanket brand campaign.

An example of how this marketing has worked in BuzzFeed’s favour is a Heinz ad they did with Tasty – showing how you can use Heinz canned soup in recipes. Over 5,000 people saved this ad to their Facebook page.