B&T’s favourite marketers to the Millennials, Brian Mitchell PhD and Evan Mitchell (Love & Wine and howandy.net), are back with their newest column. In this post they take at look at the Ys who are now becoming first-time dads and, they proffer, why old-school marketing no longer resonates with this “I can do anything” generation…

“The best a man can get.” This Gillette slogan endured across three decades.

There were, of course, dissenting quips at that time. Is a clean shave really the best a man can get? What about Pamela Anderson? (Though that one seems to have been put in its place by the fact that the campaign slogan lasted on TV for longer than eleven seasons of Baywatch did.) 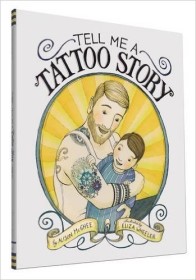 It lasted, in fact, from the late 80s, with a Super Bowl launch of the Sensor razor, right through to the Noughties with the Mach III (we were at the time working with Gillette in the US, on what was the most costly FMCG campaign ever.)

Across a range of razors, the slogan was also invaluable to Gillette in pursuing their “solution selling” strategy. Having gone one-up on competitors in the razor category, they set about transforming that category into “men’s grooming and personal care”. Branching into pre-shave lotions, shaving creams, gels and foams, moisturising after-shaves, deodorants and body washes, they aimed to “own” the category, and be the best a man can get for every grooming need.

A multitude of ads showed a sequence of square-jawed, clean shaven men triumphing in sports, and with women. But perhaps the most consistently appearing image was of the man as father, instructing his son in how to shave – a powerful rites-of-passage-into-manhood message, with all its momentum coming from the resonances of fatherhood.

And Gillette were by no means the only marketers to trade on the “brand heritage” of fatherhood. Almost no male-relevant category – from FMCG to luxury lines – didn’t look to exploit the fatherhood shtick.

Those images of fatherhood, however, were based on a sense of fatherhood that doesn’t sum it up for Gen Y fathers. The reduction of everything about the man to the role of “father”, flies in the face of the generation’s image/identity obsession. And any sense that becoming a father usurps other characteristics, roles, social-media-projected images, achievements and aspirations offends Gen Y’s self-anointed right of “omnipotentiality” – I can be/do anything (and not even fatherhood’s going to stop me reaching peak-me).

The resonant message for Gen Y fathers is not initiating their sons, rites-of-passage style, into some gentlemen’s code. It’s much more about introducing their son to all the dimensions of what makes their father cool.

This new generational conception of fatherhood matters well beyond the grooming category (even if, as it seems, predictions of the demise of the hipster beard have been premature).

A stroll by a bookshop really underlined just how much perceptions of fatherhood have radically altered. Spied in the window, amongst other illustrated children’s books – Tell Me a Tattoo Story.

Leave aside, for the moment, that through the entire run of the Gillette slogan this book would have been an impossibility – inconceivable to write and ruinous to publish.

It’s now, a scant dozen years later, wholly unsurprising. And across a bunch of book websites, its reviews are 5-stars all the way.

Rather than on the models set by their fathers, Gen Y men are actively creating fatherhood in their own image.

We concluded an earlier article with the admonition “time to bring the motherhood angle up to date – with a remake and remodel.”