Fyna Foods is set to dominate Halloween with its latest Wizz Fizz campaign that features massive digital billboard countdowns to Halloween and an interactive ‘Trick or Treat’ game complete with monsters and exploding confectionery in shopping centres across oOh!media’s national network.

In the lead up to the festivities, Wizz Fizz is being positioned as the ultimate ‘Treat’ to buy, to avoid a ‘Trick’ this Halloween, by driving awareness on oOh!’s digital billboards nationally, complemented by retail activity that engages and influences shoppers who are ready to buy treats for Halloween celebrations. 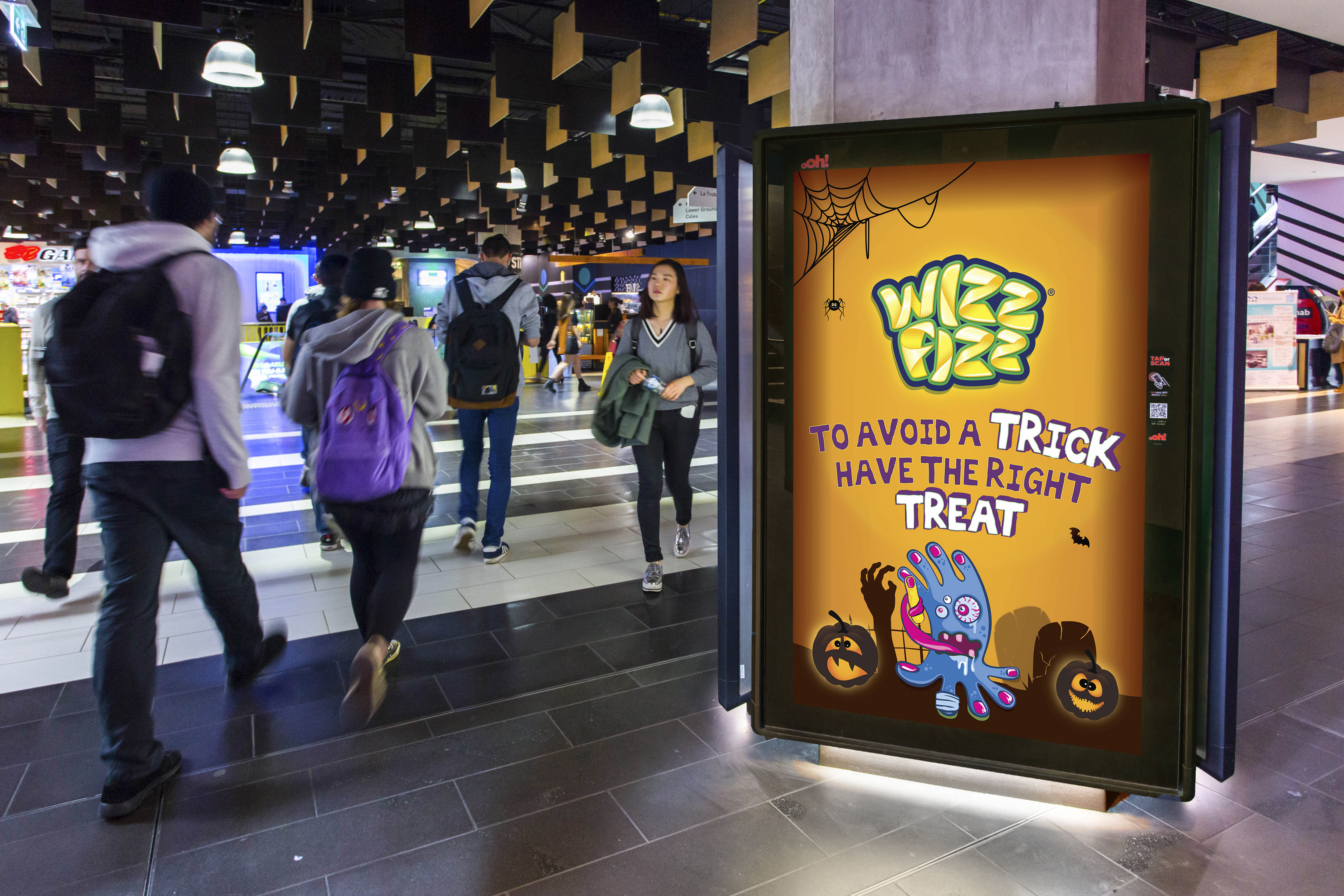 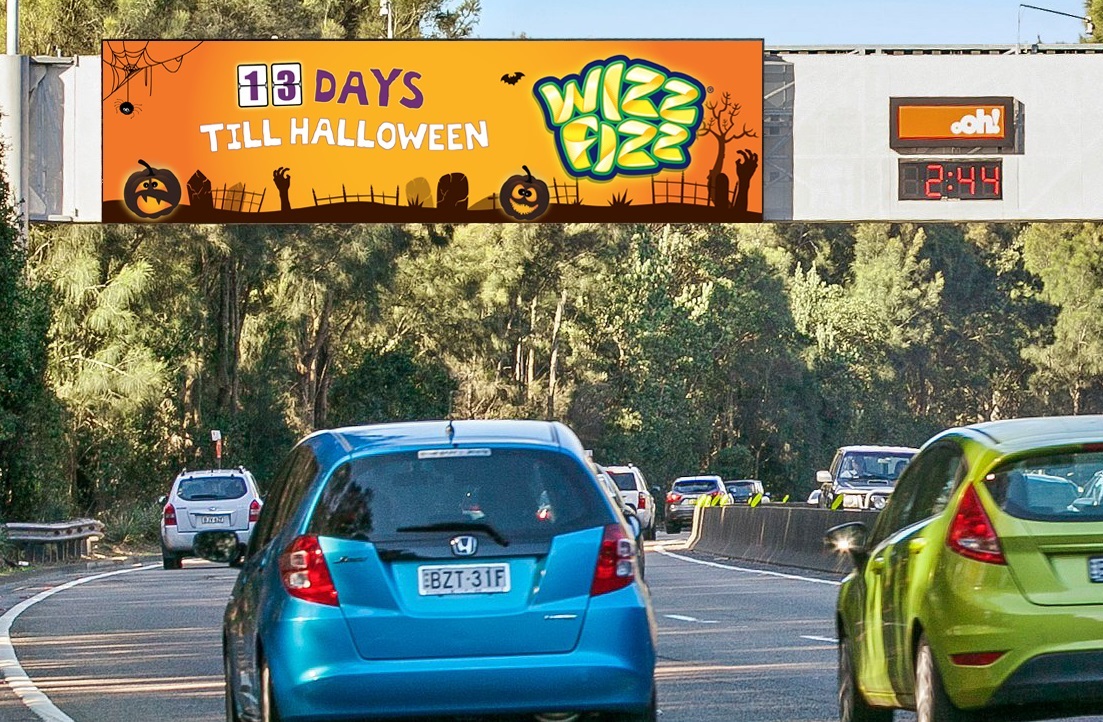 Shoppers will be tempted to play Wizz Fizz’s ‘Trick or Treat’ game on oOh!’s EXCITE screens near a Coles or Woolworths in 25 of Australia’s busiest shopping centres.  By interacting with the touch-screen, the shopper can select a ‘Trick’ which reveals a scary monster, or a ‘Treat’ which activates exploding Wizz Fizz on screen.

“The digital billboard countdown creates awareness and drives demand for the iconic Wizz Fizz sherbet brand by adding to the fast-growing hype surrounding Halloween in Australia.

“Once in the shopping centre, Wizz Fizz positively engages and influences shoppers with its Trick or Treat game when they’re ready to stock up on confectionery,” Mr Cook said.

Benjamin Gibbs, National Sales & Marketing Manager from Fyna Foods said, “We’re excited about the impact Wizz Fizz will make this Halloween using oOh!’s unrivalled, national network.  “Our countdown to Halloween on Australia’s most prominent roadside billboards, will create awareness and drive shoppers in-store. Once they are in the shopping centres, our fun ‘Trick or Treat’ game will deepen shopper engagement and position Wizz Fizz as the ultimate ‘Treat’ to buy this Halloween,” Mr Gibbs said.

The billboard countdown to Halloween and Trick or Treat interactive game were all designed and produced by oOh!’s in-house creative services team.

The Wizz Fizz campaign will be unmissable during the run up to Halloween until 31 October as it appears nationally on massive roadside billboards, and has a presence in a total of 150 shopping centres with a variety of campaign executions on multiple retail formats such as oOh!’s EXCITE screens, digital ShopaLive and classic ShopaLite panels.