Advertise with us
Posted 4 January, 2016


In this opinion piece, Isentia’s marketing and communications manager Claire Waddington (pictured below) takes a look at those who did the whole social media thing well in 2015 and those who utterly stuffed it. Plus, her big prediction for this year… 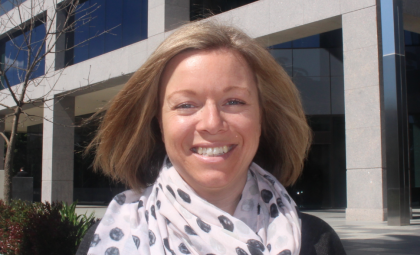 It’s been another big year in social media and with over three billion active internet users, it’s no surprise that social networks dominate the globe. We’ve seen people power reign and generate news from global events such as #PrayforParis, #RefugeeCrisis, #BaliNine and #Spill.

Let’s take a look closer to home at some of the best and worst performers in social throughout 2015.

NSW Premier Mike Baird has the balance right between serious and silly making him a popular choice in his electorate; not to mention in touch with everyday life.

His tweets during the live Bachelor Finale and whilst bopping away at the Taylor Swift concert with his daughter were as popular as his comments on Middle Eastern refugees and the State of Origin. We’re used to seeing him enjoying hobbies such as dining out and surfing – his followers seem to enjoy seeing a ‘normal’ politician. With 50K Twitter followers and 85K Facebook ‘likes’ Baird is driving his own agenda and driving it well.

Malcolm Turnbull is proving he is a ‘next gen PM’ with his prolific use of social media humanizing the leader of Australia. He chronicles everything from trips on public transport to meet and greets and selfies on official visits. With over 250K ‘likes’ on Facebook he recognizes the impact of social media and uses his own channels to make a statement.

Who could forget #YourTaxis, the now infamous social media campaign developed by the Victorian Taxi Association designed to improve the image of taxis vs UBER. The campaign invited personal taxi stories with riders encouraged to use #YourTaxis for the chance to win. This seriously backfired when majority of passengers responded with stories of bad service, unreliability and negative experiences. Needless to say the agency who came up with the campaign was immediately dumped with the VTA left to clean up the mess.

Donald Trump, where do we begin? He swipes at Hilary Clinton suggesting that “she can’t satisfy her own husband, how can she satisfy America?”; Cher copped it too when he hit back when she commented on his hair, tweeting “I don’t wear a ‘rug’ it’s all mine. And I promise I wont talk about your massive plastic surgeries that didn’t work.” He even managed to offend Arianna Huffington “@ariannahuff is unattractive both inside and out. I fully understand why her former husband left her for a man- he made a good decision.” The Don is clearly not afraid of voicing his opinion!

Video, video and more video. As the amount of content on YouTube grows, so too does the size of the audience engaging with it. The platform has more than a billion users, and the number of hours of content these people are watching has increased by 50 per cent in the past year. Expect to see even more video in 2016; but in real time. Platforms like Facebook and Twitter’s Periscope will be utilised even more in 2016 for in-the-moment video, moving away from the more traditional ‘film now, post later’ approach to video content we’ve seen.