Social media giant Facebook has shared a lot of news so far this week, so B&T thought it would be grand if we combined it all into one massive update.

Facebook has been running a test in the US, allowing a small group of local and national publishers identify and label breaking news.

The company has expanded the test so that more than 50 additional publishers in North America, Latin America, Europe and Australia will be able to label their stories as breaking news on Facebook.

Here’s how it works:

Will Easton, managing director and vice president for Australia and New Zealand at Facebook, said: “We’re really excited to have Australian publishers take part in the pilot.

“Facebook’s mission is to connect people. One of the ways people connect is by sharing news with friends and family, particularly timely, important news. This pilot – involving the ABC, Seven, Nine, Fairfax and News Corp – will make those breaking news stories stand out more in News Feed.

“If the test is successful, we’ll release the feature more widely. News is important to Facebook, and this is the first of several initiatives in 2018 that we hope will help bolster the local news ecosystem.”

Facebook has also announced the expansion of its suite of travel ads products with trip consideration.

Trip consideration helps travel advertisers reach people who have shown an intent to travel, but have not yet decided on a destination.

Facebook built dynamic ads for travel to help advertisers reach people interested in travelling with the most relevant ads, and now, with trip consideration, advertisers can reach people even earlier in the trip planning process.

With trip consideration, advertisers can showcase deals and popular destinations to encourage people to book their next vacation at a specific destination.

Trip consideration also gives advertisers the option to select the creative they want to show people without having to provide a catalogue. It can be used to drive action across Facebook, Instagram and Audience Network.

Facebook has announced it is an official supporter to the Gold Coast 2018 Commonwealth Games (GC2018).

As an official supporter of the games, Facebook has worked with GC2018 to promote key marketing campaigns, drive ticket sales and engage the games’ workforce through the Facebook Workplace platform.

Leading into the games, Facebook will launch a content series featuring Australian athletes, while at games time, the platform will connect Australians with their heroes via a customised Facebook Live studio on the Gold Coast.

“GC2018 is only the third Commonwealth Games to use social media and will very much be a digital games.

“The Commonwealth Games are a truly global event, and by working with Facebook, athletes and visitors from around the Commonwealth will share their experience at the games via Facebook promoting the Gold Coast around the world.

“The games ‘shapers’, including our 15,000 volunteers, will collaborate via Facebook Workplace, and we’re excited to deliver video content to local and global audiences through the reach of Facebook Live.” 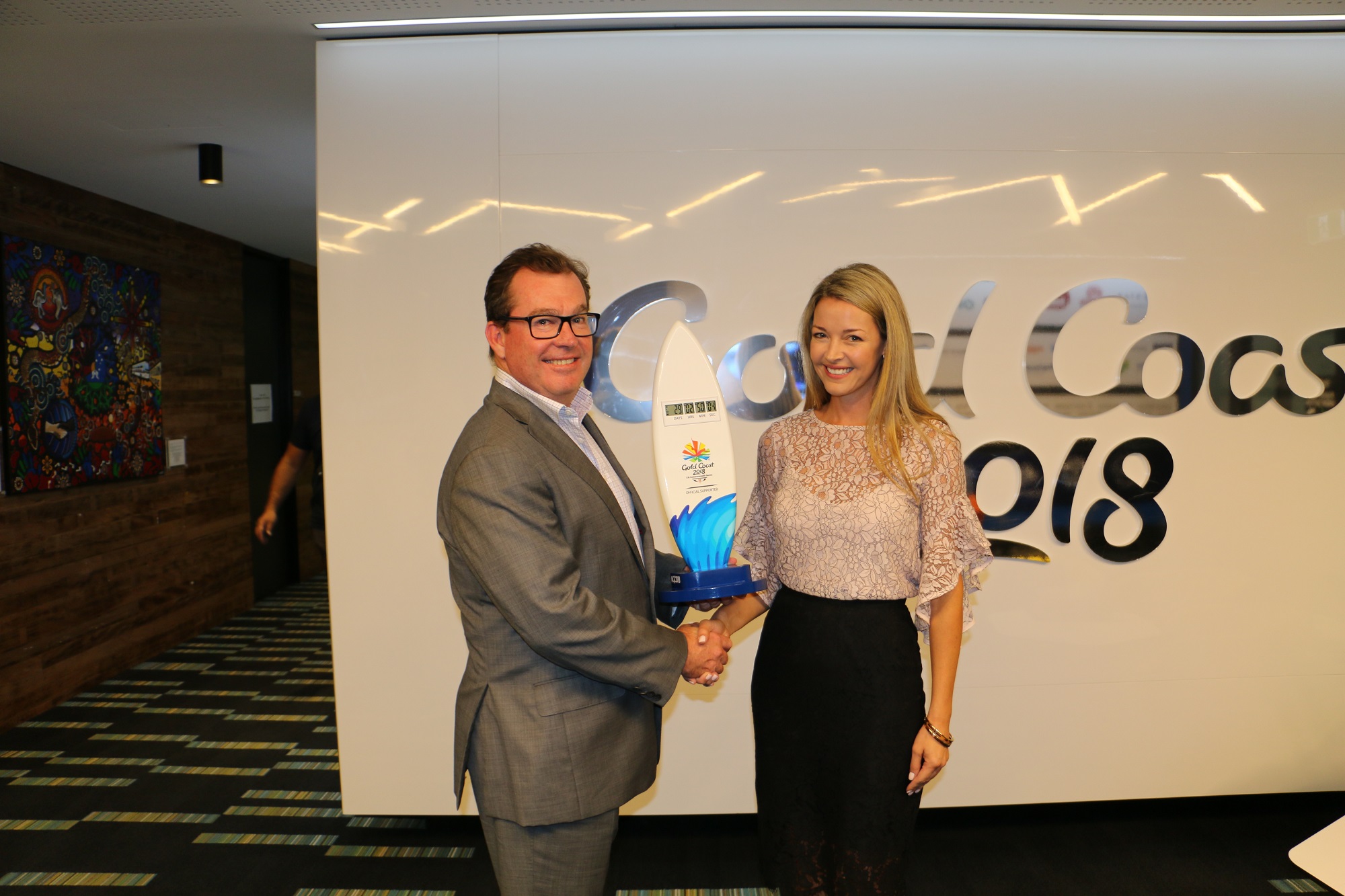 Facebook’s William Easton said its support for GC2018 was a natural fit, with sport being one of the most talked about topics on the platform in 2017.

“Over the past year, we’ve seen 15 million Australians on Facebook come together to connect and share with family and friends, with key moments in sport the focus of the conversation,” he said.

“We are committed to investing in Australia’s future, and as one of Australia’s largest international sporting events for 2018, we saw an opportunity to help bring people together to share in the excitement of the games.”

Facebook’s head of marketing for Australia and New Zealand, Alexandra Sloane, added: “We’re thrilled to be involved in the games and excited to see how people come together across Facebook and Instagram platforms to not only support our Australian team, but to connect with each other around the buzz of being the host country.

“Facebook continues to illustrate its leadership position in connecting people with significant moments in their lives, and GC2018 will be no different.”

The event brought together the Australian Agency Community on the first day of Autumn to determine who were the best swimmers in agency land, all in the name of charity. 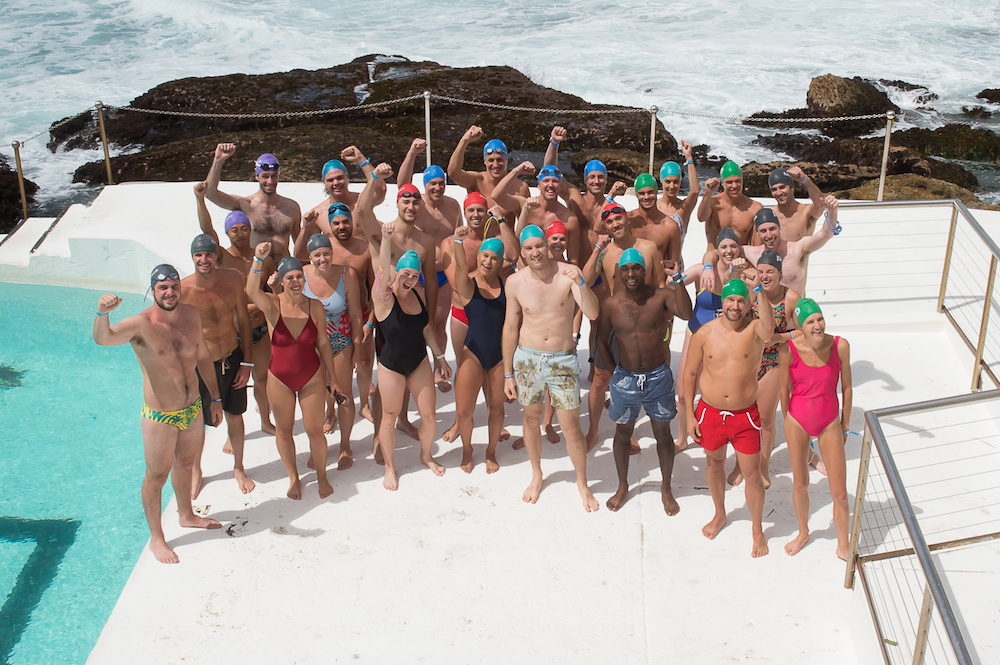 Facebook’s Agency Games Day brings the agency community together to celebrate ‘active living’ at one of the most iconic Australian locations – Bondi Beach.

However, most importantly, it supports The Starlight Foundation – a charity for hospitalised kids and their families.

The event has built huge momentum since its inaugural year in 2017, with agencies running training sessions months before the event and even rumours of changing hiring policies to recruit the strongest swimmers.

The day was great success; 120 people from media and advertising agencies attended to compete and helped Facebook raise $5,204 for The Starlight Foundation – an amount all attendees were proud to achieve.

OMD and PHD were crowned joined first place (as the teams were too exhausted to compete for first place). Waveshare – a combined Wavemaker and Mindshare team – placed second, and Dan & Zenith placed third.

Ellie Rogers, head of agency sales at Facebook in Australia, said: “Giving back to the agency community is important for us as a business. Sometimes it’s important to stop and say thank you – and where better to it than at Icebergs on a beautiful day.

“It was great to see so many people put on their cossies and join us for the afternoon for a good cause to support The Starlight Foundation.”