The assumption that a screen will be utilised at some point in almost every customer experience is being challenged by emerging trends, and a future without visual interfaces could be closer than we think, according to Deloitte Digital.

Speaking yesterday at Sitecore Trendspot 2017 in Sydney, Deloitte Digital director Simon Stefanoff explained how voice interfaces could soon become the new norm, and why brands and marketers should take note. 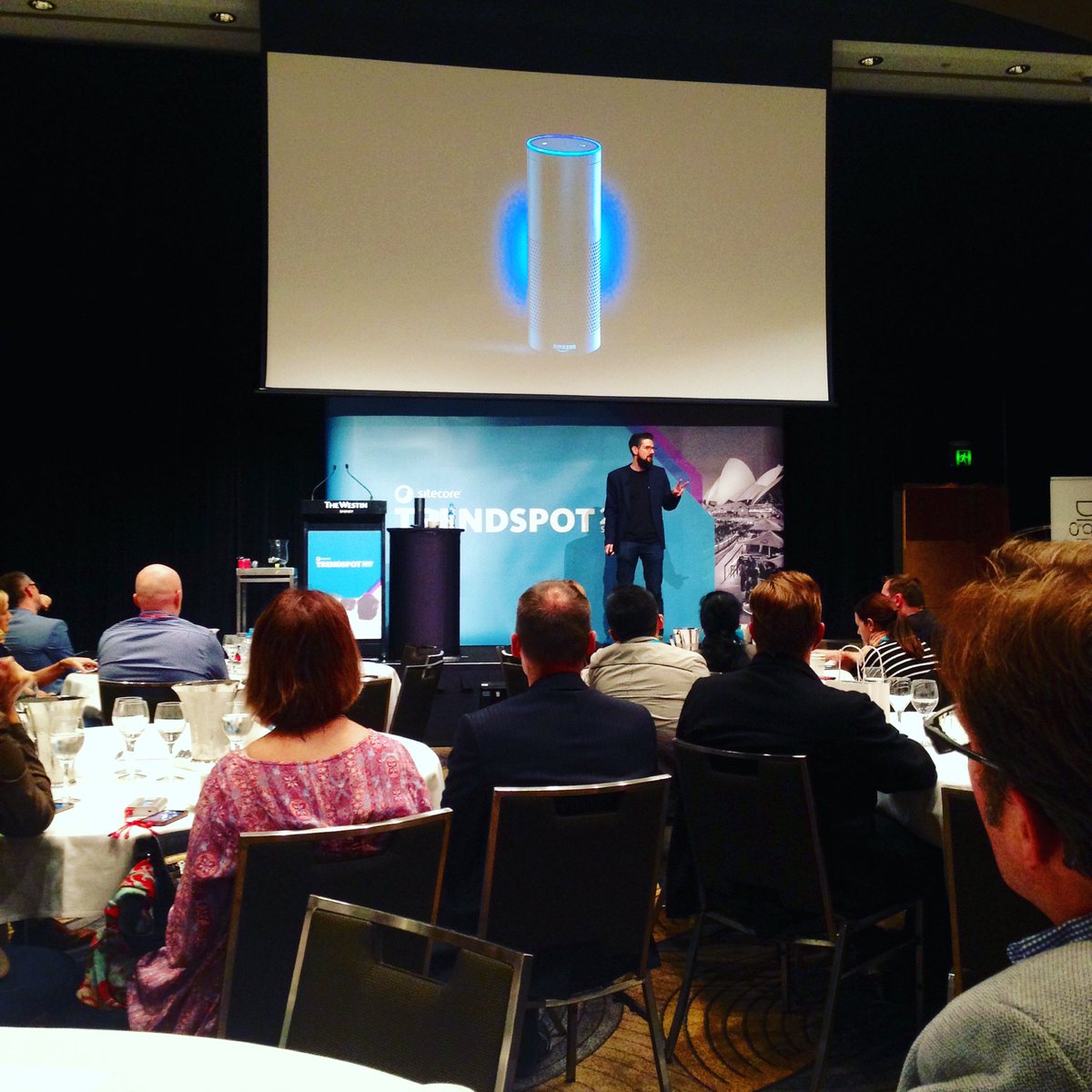 “Everyone acknowledges that we’re getting to the top of that innovation curve for mobile, and everyone’s looking now at what’s next,” he said.

“So, something’s going to start out as this crazy idea that’s then going to catch on and exponentially increase until it becomes mature and scales, and there are many good reasons why this could be voice.

“Firstly, if we can reduce friction on any transaction or a goal that we want users to hit, we know that equals more conversions generally. If you use voice properly, you can lead people through these scenarios and transactions that you want to convert, and I think that can be really powerful.

“Secondly, it’s a natural interface – it’s the natural interface. Voice as input, at least, is very basic – you’re not exerting much cognitive load or mechanical load right now as you listen to me talk, and the same is true for voice. We’ll start using it as an interface.”

Using Amazon’s AI assistant, Alexa (via an Amazon Echo device), throughout his presentation to demonstrate the power of voice recognition software, Stefanoff urged people need to start thinking about what the voice of their brand would sound like if they actually had one.

“Is it flippant, fun and casual, or is it very serious?” he said.

“Consistency is very important through brand, so having that same tone of voice and messaging across different channels is critical.”

Stefanoff said the opportunity is there for brands down the track to serve a response through a voice interface as an external cloud service.

“The thing to remember with these devices is that at the moment, they can’t notify – they can’t do push. They have to start with a request,” he noted.

“The technology’s there, but I think the real reason [why it hasn’t been incorporated into these devices) is people’s consideration for spam. It’s enough asking someone to have a device that’s essentially listening to them sitting in their home, and I think it’s another thing to say ‘By the way, this thing might chime up from time to time and tell you things without you asking it’.”

Looking forward, voice commerce is something that could really send voice as an interface into the mainstream, according to Stefanoff.

“No more passwords, passphrases or key codes. It’ll just know it’s me, and we’ll be able to transact,” he said.

“Mixed modality – starting with voice and then going to a screen where you need more information to communicate certain messages – I think that could be a really important style that we’ll see these devices move too as well.

“There are a few more steps to play out in the voice journey, but what this can lead to is this idea of ubiquitous voice and ambient computing, which could allow us to have this channel for communicating with customers at our beck and call.”