Does your business’ C-suite not ‘get’ video? Here, Salmat’s MessageNet’s sales and marketing manager, Wasif Kasim, extols the value of talking them around. And the easiest way? Talk in their language – hard numbers.

Just 12 months ago, marketers were preaching about how video will become the future of content marketing. Well, that future is here. Video is now a mainstream method for people to quickly get information and entertainment. It’s all over news websites, Facebook, blogs and more. Consumers are watching on all sorts of smart devices, at home and on the go. Needless to say, those organisations that fail to include video in their digital marketing strategies do so at their peril. 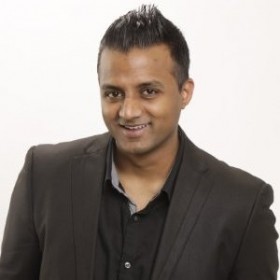 Step 1: Give them the hard numbers

Start with an argument the C-suite will understand, hard numbers. Video marketing is not short of some impressive stats.

Video reaches massive audiences: When it comes to potential reach, video is practically unparalleled. The average internet user is exposed to 32.2 videos in a month, according to comScore. YouTube alone has more than one billion users; with half of YouTube views on mobile devices.

Video boosts search rankings: Part of Google’s algorithm for search rankings factors in the amount of time visitors stay on your website – which is one reason explainer videos are seeing colossal growth. According to Spork Marketing and others, websites with videos typically rank higher in Google searches.

That includes B2B too: It’s not just B2C marketing we’re talking about here. Online video has experienced huge growth for the B2B market. According to Think with Google, 70 per cent of B2B buyers and researchers are watching videos during the entire path to purchase; nearly half of these are viewing at least 30 minutes of B2B-related videos during their research process.

At the top of the list is videos about product features, with how-to and professional review videos also ranking highly. So if you want to get in front of the business decision makers, quality educational videos are a non-negotiable.

Video drives conversions: A staggering 64 per cent  of people are more likely to buy a product after seeing a video about it, according to comScore. In addition, visitors who watch videos will stay on the site two minutes longer on average than those who don’t view videos.

Just the word has power over consumers; studies show that using “video” in the email subject line can increase the open rate by 19%, increase click-through rates by 65 per cent  and lower unsubscribes by 26 per cent .

Video creates impact: Forget pictures – one minute of video is worth 1.8 million words, according to Dr. James McQuivey of Forrester. That means to achieve the impact of one minute of video, you would have to write 3,600 standard web pages. The thing about video is that it is naturally engaging – more so than reams of text, images and even infographics – and helps consumers get a grasp of products and services quickly. And in an era of information overload, offering content that is easy to digest is how brands are set apart and remembered.

Higher engagement rates, higher click-through rates and higher conversion rates for both B2C and B2B – who can argue with that?

Show the C-suite the amazing results video marketing can deliver in reality. Bring video marketing to life with some compelling case studies from big and small brands alike.

One of the most famous stories is that of Dropbox. The file sharing company introduced its first explainer video back in 2009, with a charming story about a “magic pocket” that people can put items for unlimited access from anywhere. Within a year, Dropbox was seeing great results:

Turning to smaller companies, web app brand CrazyEgg achieved an extra $21,000 in revenue per month thanks to an explainer video. It also increased conversion rates by 64%. And it was all down to a short animated explainer video that would help visitors quickly understand what CrazyEgg can do for their business.

Finally, take a look at what other sectors are doing with video. Stanford University used email and video as part of an alumni campaign to drive donations. A series of videos told inspiring stories of students who had directly benefited from alumni contributions, with a clear call-to-action at the end of the video asking viewers to donate. The videos were emailed to the alumni database. As a result, the university received 23 per cent Are you more in gifts over the previous year’s campaign.

At the end of the day, every decision comes down to the bottom line. How much will you spend and what is the return on investment? The good news is that production costs for video have fallen massively in recent years. Short animated videos are highly effective and can be created at minimal cost, without the need for talent, venues and so on. This means it is easier than ever to get a strong ROI on video marketing, when the video is done well. And because video metrics are rich with details on how compelling (or not) the content is for viewers, you can continuously improve to get the business results you want.