As anyone who’s had the pleasure of arguably the world’s most sugary breakfast cereal, Fruit Loops, would know every pack comes adorned with its famed feathery mascot, Sam Toucan.

The bird’s adorned the box of the kid’s cereal since its inception back in 1963 and, to its credit, has never been updated – until now!

Kellogg’s in the US has just unveiled a new and updated Sam and fans are far from happy. Check out the new-look Sam below: 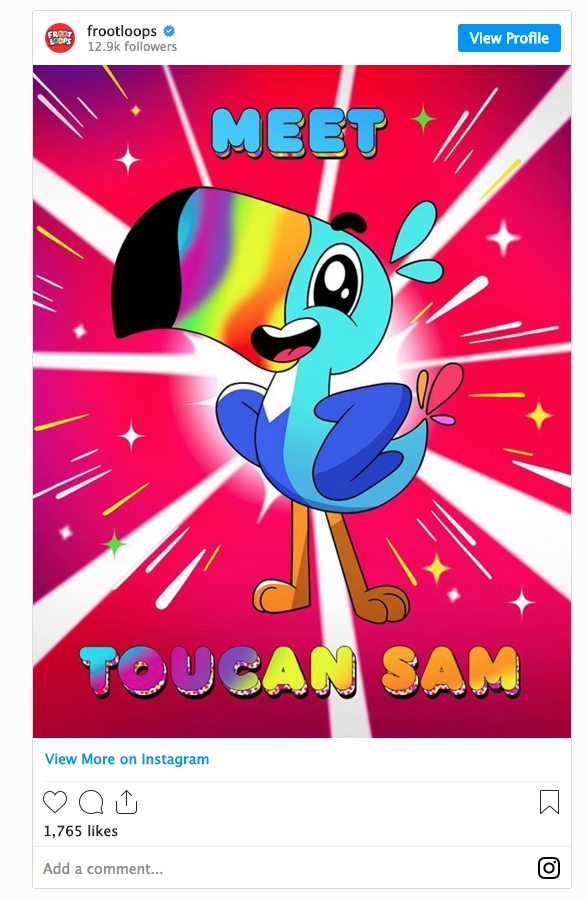 Sam is part of a flotilla of Kellogg’s’ much-loved mascots – strangely all-male – that includes Coco the Monkey, Frostie the Lion and, of course, Rice Bubbles’ Snap, Crackle and Pop.

The new-look Sam is a flat, 2D artwork – with a very psychedelic beak – that is used by many animators in kid’s cartoons these days.

However, it appears Australians may be spared the new-look toucan. A spokesperson telling B&T: “Kellogg divisions around the world use different packaging and designs that best suit our individual markets. We currently don’t have a redesign planned for the Australian Froot Loops.”

And, judging by the social media feedback, many people aren’t happy about having an iconic image of their childhoods messed with.

“Why does it have a human mouth and then also, to the side, a beak (that I guess won’t even open, so is it actually a horn, maybe?)?” one person wrote on Instagram. Another used the hashtag “Not My Toucan Sam.” Others just simply wrote “No.”

Another added: “The colours are too harsh and clashing. You trying to hurt people’s retinas Kellogg’s?”

“I can’t, won’t and don’t support this,” another wrote. “This is why I eat Fruity Pebbles,” another chimed in.

Check out some more of the social media hysteria below: 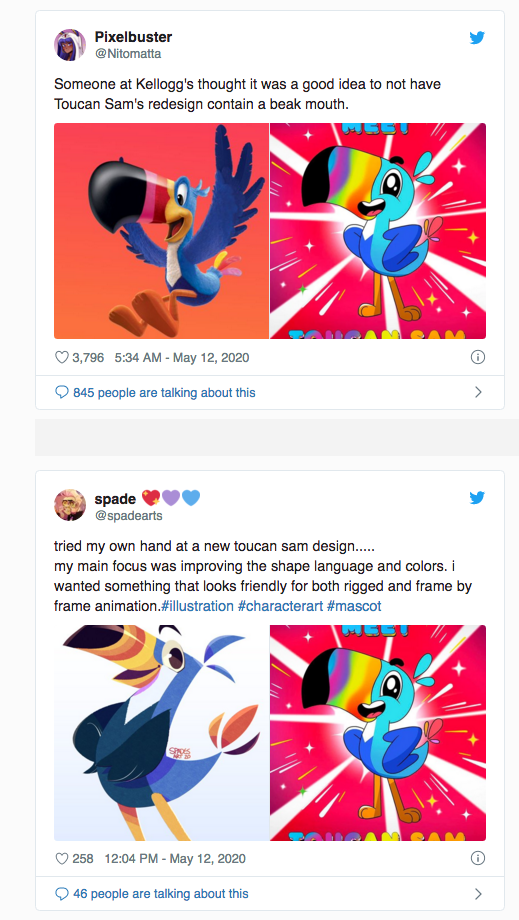 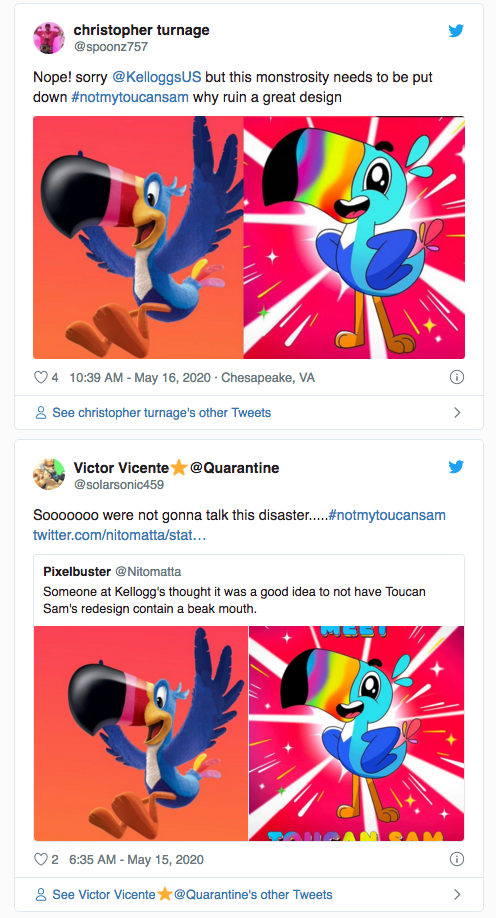 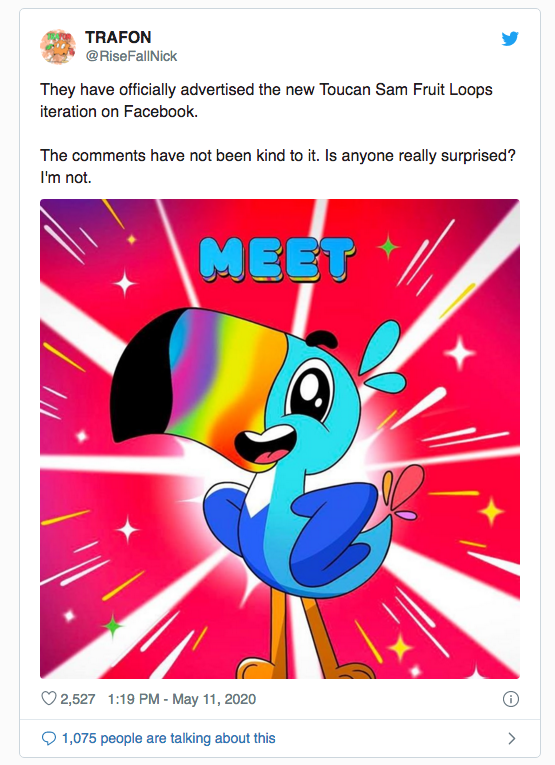