magazines might be a long way from the graveyard, but that doesn’t mean every cover and every celeb on the front will guarantee a sell. In fact, there’s a certain amount of thought and a particular process that goes into picking the ultimate cover shot that will make the most money for a magazine.

B&T spoke to the editors of the hottest magazines around today to reveal the secret recipes to success in magazine land.

“When evaluating any potential cover-guy at Men’s Health, we always ask ourselves the same three questions,” said Benedictus.

“Firstly, ‘Does he pass the beer test?’ In other words, would you want to have a beer with the cover guy? If the answer if no, we choose someone else.

“Secondly, ‘Can I beat him up?’ If he doesn’t have an awe-inspiring physique (think The Rock or Hugh Jackman) then he doesn’t belong on our cover. 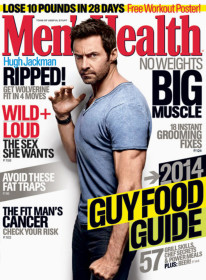 “Finally, ‘If my car breaks down, can I rely on this guy to help me fix it?’ In other words, our cover guy needs to be a man’s man.”

“Top male celebrities work on GQ Australia. The celebs that work the best are the guys that women want and the guys that men want to be. Chris Hemsworth is a prime example,” Smith said.

“For us we’ve evolved from a straight portrait to an image that shows attitude through interesting poses and expressive strong hands. Also, exclusive is best as the social and digital value of a great interview or imagery drives conversation and sales.” 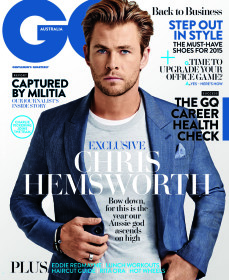 Kerrie McCallum, editor-in-chief, Delicious magazine, said when it comes to food on a cover, it has to be “something the reader wants to eat AND make”.

“What works well for Delicious is an impressive but effortless recipe for entertaining – they need to feel that they need that recipe.

“Colour works well and helps us stand out on newsstand. Modern twists on a nostalgic favourite, interpreted by a top chef for a home cook (ie Matt Moran’s trifle) work really well as our readers look to us to translate restaurant trends for the home cook. Shooting into the food, so you are almost getting a mouthful, helps too.

“Time of year/seasonality is obviously really important. It has to be a dish and a setting that is premium and evocative, and we always use a foil to reinforce this is a special product.” 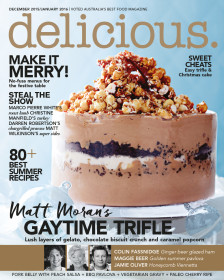 Anthea Loucas Bosha, editor of Australian Gourmet Traveller, added, “Food that is immediately identifiable is a must so that it scans quickly on the newsstand. And it must talk to the season, and it must look desirable, and beautiful.

“But it’s about more than just the dish, it’s about the mood and the overall sell and promise of the cover, you need to create a story compelling enough for the consumer.”

Kellie Hush, editor-in-chief Harper’s BAZAAR, said, “I would love to create an iconic cover every issue but unfortunately that “magic” doesn’t always happen, but when it does I always see great sales results.

“The best-selling covers since I started as editor-in-chief in 2012 have actually all been Australian women which is fantastic as it would kill me to have to ignore local talent for bigger sales results.

“Elle Macpherson on the beach in the Bahamas was my best-selling issue in 2015 and Dannii and Kylie Minogue on December 2014 was pretty much a sell-out. And Miranda Kerr naked on my January 2016 cover went global and so far is my biggest selling issue of 2016. 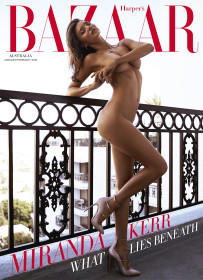 “A cover needs to have talk-ability and Miranda certainly sparked a conversation that eventually led to Coles supermarkets pulling it from sale. Fortunately, it didn’t impact on my sales!” 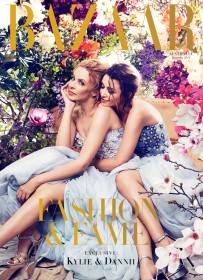 Nicky Briger, editor, marie claire, commented, “For marie claire, our readers like women who stand for something; who have a bit of gravitas. For example, Ruby Rose (who’s on our current cover) is Hollywood’s newest obsession but also a huge advocate for LGBT rights.

“Ideally, we’re also after a celebrity who can reinforce the multi-platform nature of our brands – that is, it’s great to be able to work together with Channel 7 to secure a cover shoot and TV interview. This extends our reach and always delivers a sales boost.” 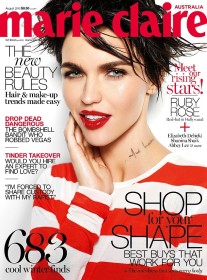 Edwina McCann, editor-in-chief, Vogue Australia added, “Celebrity covers sell best with an exclusive interview because the Vogue reader is interested in their story or why we have chosen them for our cover that month.

“Being Vogue, a strong fashion message in terms of what they are wearing is important too. This message should make sense in the context of the story and other images inside.” 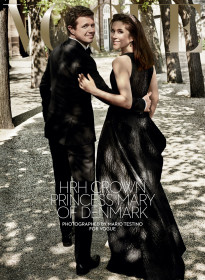 Justine Cullen, editor-in-chief at ELLE Australia, believes the “winning formula” for a cover is long gone.

“These days, sales of even the most textbook, box-ticking cover can be impacted by everything from competitor cover mounts to a new iPhone launch. With that in mind, we no longer think about cover success in terms of sales alone.

“To me a successful cover is also one that goes viral on social, builds brand awareness, starts a cultural conversation.”

Neale Whitaker, editor-in-chief, Vogue Living, said, “It’s fair to say though that readers still engage better with covers that show rooms as opposed to details or vignettes, and I still believe covers which take the viewer on a journey through an open door or window have great appeal because they intrigue.

“But the most important thing is to create an instant, emotional connection. It’s the combined impact of image, colour and text. You need to want to be there – right now.” 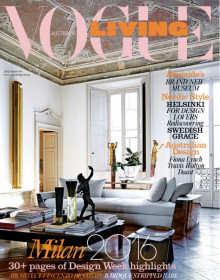 Julia Zaetta, editor in chief, Better Homes and Gardens, added, “There is yet to be found the perfect formula for covers.

“Better Homes and Gardens covers such a wide array of topics it would seem an easy choice for a winning cover. But over the years the trend seems not to change a great deal because as ever – certainly for the past ten years – a great food cover can usually win the numbers.

“Are any a sure thing? If only! It’s a practised guess at the best of times and wing and a prayer at others.”

Shane Sutton, editor, WHO, said, “Breaking a piece of truly surprising celebrity news, such as the Michelle Bridges pregnancy, is the ultimate.

“Not only does it truly engage readers but when coordinated with a simultaneous campaign across our various digital platforms it is the perfect storm of unique content – people want to read it and share it and then follow the journey, as it unfolds, with us.” 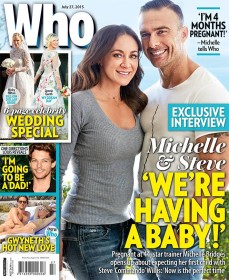