In this opinion piece, Viostream’s head of marketing, Nick Whitehead (pictured below), says there’s plenty of lessons in brand marketing from the phenomenal rise of the global TED talks…

Even if you’ve never attended a TED talk, chances are you’ve been exposed to one in some form. From downloading a podcast to falling down a YouTube rabbit hole or having a friend give you the gist of one, it’s content that’s broken free of its conference niche to become a global phenomenon. 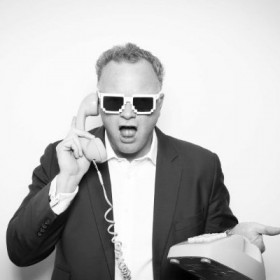 What started off as a small, one-off, invitation-only event in 1984 is now an unparalleled platform to share ideas from some of the world’s best thinkers, innovators and performers, with a deeply-engaged audience. So, it may come as a surprise to know that when organisers posted the first presentations online in 2006, they were seriously nervous about making the content freely available. They feared that putting their content online would substantially reduce the number of people purchasing tickets for the events, losinga valuable source of revenue.

It’s an immediately recognisable concern for anyone in marketing or communications. When you’re constantly told to control the message, it’s easy to distrust the longevity or the value of audiences built up around the web on channels you don’t own or manage. Audience fragmentation seems like a clear threat to a brand’s ability to clearly express its value proposition via a few chosen platforms, and there’s a widely held assumption that trying to be everywhere at once is a waste of time.

Tearing up the rulebook

TED tells a different story. By September 2006, the online videos had generated more than one million views. A couple of years later, they launched a simulcast version of the TED conference, allowing more people to attend for a lower price. And by 2009, it had reached 100 million video views and was well on the way to building a global audience that would allow TED Talks to extend to local, individually-hosted TEDx events all over the world. Today, most people interact with the TED brand by watching a video or a podcast before they ever attend an event.

Despite their early doubts, it’s clear that embracing audience fragmentation across digital channels let the creators of TED build their brand around a massive global audience from the ground up. So, what are they doing right?

TED recognised early on that events were no longer restricted by four walls. They may take place in a conference centre or hall, but your audience can participate from anywhere in the world. Last year’s TEDxSydney event, for example, attracted a sell-out crowd of 2,500 attendees to the Opera House. But, by live-streaming the event on its homepage, various social media platforms and The Sydney Morning Herald, it reached an additional 116,000 viewers, and another 23,000 attendees tuned in at satellite events around the world. Making content available for people in any country, on any budget, is a cornerstone of TED’s success. Businesses of all shapes and sizes should seize the opportunity to extend their events and deliver content on a massive scale.

TED Talks primarily exist as an online archive of videos. There are more than two million talks streamed every day across the world, and TEDxSydney presentations alone have reached 85 million viewers. Yet most of the corporate events we attend begin and end at a conference venue. There’s a persistent myth that making content freely available will diminish the pull of attending a live event.

The world has changed. Consumers expect to find information and entertainment at their fingertips – whether they’re searching for a live music or comedy performance, a breaking news story or a thought leadership piece from a business executive. But this doesn’t mean that they’re not willing to invest their time or money to attend an experience that delivers real value. Offering content online allows your business to build up trust, as well as a library of moments that can be searched for, engaged with and learned from again and again. This is an incredibly powerful resource to grow an audience that’s more receptive to shelling out for an event, subscription or larger commitment to your brand.

Social media can be an alarming prospect for businesses trying to control their message. Someone can post anything about your brand at any given time, and it’s unlikely that their tweets or Instagram hashtags are going to perfectly align with your core sales positioning or be written in your preferred marketing speak. Factor in ‘dark social’, and it’s impossible to always stay on top of the conversation. Nevertheless, businesses try hard to control it, with designated hashtags for events and teams of community managers scouting for negative sentiment online. While it’s sensible to keep an eye on what people are saying about you, TED proves the value of using social media to allow people to engage with your brand in their own way. At TEDxSydney in 2016, their ‘Espresso Yourself’ coffee cups, a partnership with University of Sydney, gained major traction online with attendees excited to express their own ideas, from thoughtful political views to quirky designs.