When it comes to making choices about alcohol, the old-fashioned catalogue still rules for consumers.

A new study by Roy Morgan Research has found the trusty old papery form of advertising still is the main driver for Aussies into bottle shops.

According to the study some 7,702,000 Australians (38 per cent) find catalogues the media most useful when purchasing alcoholic beverages ahead of an internet search (22 per cent). 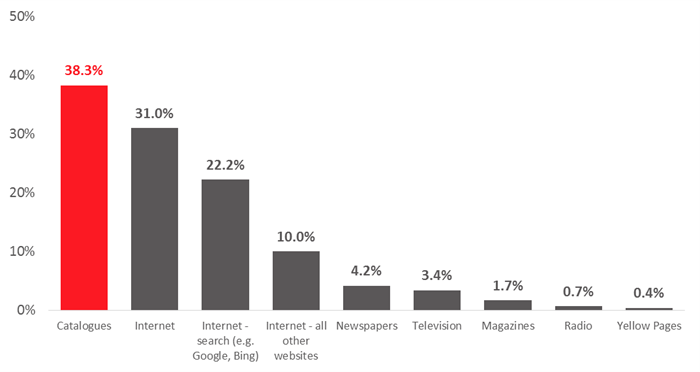 ALDI the most popular catalogue

ALDI is the most read catalogue in an average seven-day period across both liquor store and supermarket catalogues.

Some 28.8 per cent of Australians read an ALDI catalogue in an average seven days in 2017. This rivals the ‘Big Two’ supermarkets of Coles and Woolworths at 28 per cent and 26.6 per cent respectively.

More than half of ALDI catalogue readers in a seven day period find catalogues the media most useful for purchasing alcoholic beverages. 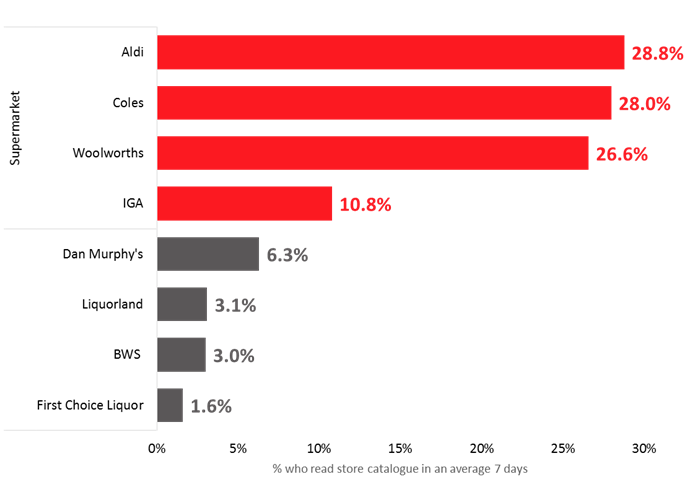 Commenting on the study, Roy Morgan CEO, Michele Levine, said: “Catalogues are the media most useful when purchasing alcohol, with 38 per cent of respondents in the Roy Morgan Single Source survey agreeing that they are the preferred media  when making a decision about where to buy alcohol, far ahead Internet, as well as newspapers, television, magazines, radio, and the Yellow Pages.

“With alcoholic beverages featuring in both the large supermarket catalogues as well as the liquor stores, including Liquourland, BWS, and First Choice Liquor, the space is highly competitive when offering choices to consumers. Whether there are the lowest offers on beer, wine, cider, or spirits, or when supermarkets offer a frictionless option to purchase alcohol along with groceries, catalogues are the most useful when consumers shop around for alcohol.

“ALDI has the most read catalogue in Australia, and in this highly competitive liquor market have gone on to win the Roy Morgan Customer Satisfaction Award for Liquor Store of the Year in 2017. Whether its access to award winning and well-priced wines, or streamlining between their liquor store and the supermarket, Aldi is one to watch out for in these increasingly competitive supermarket and liquor space.