Advertise with us
Posted 7 February, 2017


Fear not, having to feign interest in American Football is over for yet a another year after the New England Patriots managed to pip the Atlanta Falcons in yesterday’s Super Bowl in a game, by all reports, was the greatest come back in Super Bowl history.

But as we all know, it’s not about the game but the ads! This year each ad cost, on average, a whopping $US5.02 million for production and actual air time. That’s double the price from 10 years ago and up slightly on 2016 figures.

Although final figures are not yet available, it’s been reported some 113.7 million Americans watched the game on TV; add to that a few million more watching on streaming services and Spanish-language cable services.

But it wasn’t the most watched Super Bowl ever – that honour goes to the Patriots win in 2015 where 114.5 million viewers tune in.

As previewed on B&T yesterday, some advertisers like to release their campaigns prior to the game while (check them out here) others keep their creatives under wraps for Super Bowl day.

So who soared in the ad stakes and who sunk like the Falcon’s chances in extra time? Here, B&T takes a look at Super Bowl 2017’s best and words ads.

We preferred Melissa McCarthy’s Kia ad (at number two), however, the general consensus appears to be this slightly creepy albino Mr Clean ad took the gong for this year’s best Super Bowl spot.

When it comes to cost and production, this Kia ad (featuring comic and actress Melissa McCarthy) and its strong save the planet theme was without peer among 2017’s best ads. It was B&T’s fave and voted by USA Today readers as the Super Bowl’s number one ad.

Among a host of car ads this year, this Audi spot was probably the most emotive and certainly drew heavily on Dove’s famed “Like a girl” spot from 2015.

Prodding fun at Donald Trump was the name of the game and this hair care brand arguably nailed it for most subtle dig.

Sure, a raft of ads could’ve made the top five list, but this one’s got some kick-ass action and features the ever angry Jason Statham and gorgeous sidekick Gal Gadot.

The mobile phone company reportedly splashed a motza to secure Justin Beiber for its Super Bowl campaign. The ad’s been widely panned and voted this year’s worst.

A terrible wine that no Australian would drink, mixed in with a dull, humourless ad featuring an appalling animatronic kangaroo, obligatory girl in bikini and host of other predictable cliches. Social media was suitably irate.

We’re not sure how bad this ad is, but it reportedly copped a huge amount of flak in the US by trying to link oil with art. Super Bowl ads are supposed to be amusing and entertaining, not come with an anti-environmental agenda. 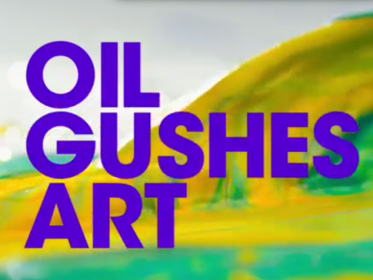 It’s an ad about doing your taxes – it was never going win too many plaudits.

A beer ad that features people exercising throughout? Unsurprisingly, most people thought the ad was for a sportswear brand.