New research from Roy Morgan reveals over 13 million Australians (65.6 per cent) now say TV is a main source of news including over 12.6 million (62.3 per cent) specifically nominating free-to-air TV.

In addition TV is regarded as the most trusted source of news by nearly 7.5 million Australians (36.7 per cent) – ahead of any other forms of competing traditional or digital media.

Many Australians identified more niche sources of news within these broader categories. Online over 2.5 million Australians (12.6 per cent) use news aggregators such as Google News, Feedly, Flipboard etc, a further 1.9 million (9.4 per cent) use email subscriptions or updates and 1.1 million (5.4 per cent) use other websites or apps. There are 1.2 million (6.2 per cent) who use magazines as a main source of news. 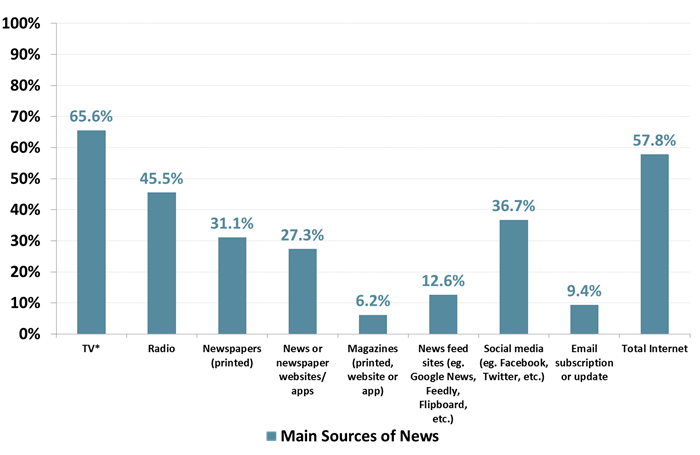 TV most trusted source of news ahead of radio 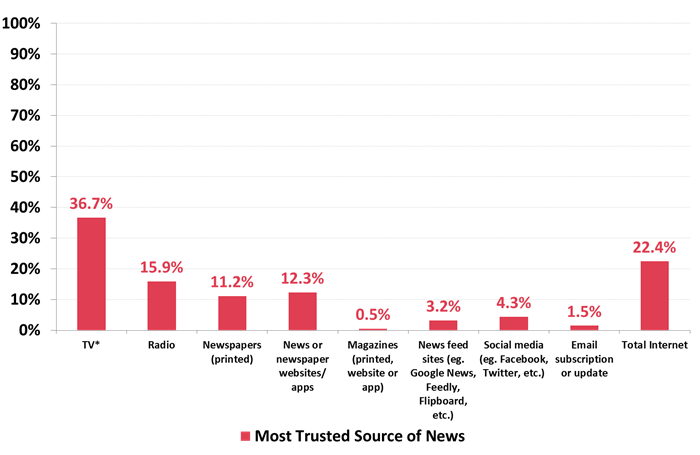 In contrast to the older generations both Millennials (75.6 per cent) and Generation Z (72.5 per cent) are more likely to say the Internet is a main source of news ahead of other forms of media including free-to-air TV. The leading source of news online for the younger generations is social media mentioned by 58.6 per cent of Generation Z and 53.4 per cent of Millennials.

Main Sources of News by Generations – 12 months to June 2018

Commenting on the findings, Michele Levine, CEO, Roy Morgan, said: “In our increasingly digital world it’s easy to assume ‘traditional media’ are largely a thing of the past. This new research, which specifically focuses on the use of, and trust in, news sources shows that TV remains one of the main sources of news for the majority of Australians. And that large numbers of Australians continue to rely on radio and newspapers for their news.

“The choices Australians make about where to get their news is a key factor for advertisers and marketers looking to reach out and engage consumers. Exploring the differences and similarities between target groups of interest within the population offers valuable insights to drive the effective use of different media channels.

“The proliferation of new digital media such as ‘social media’ in recent years has in turn put a premium on ‘trust’ in media. In the era of ‘fake news’ media channels that have built a high degree of trust over many decades have an advantage against new media outlets that are approached with a degree of skepticism by significant proportions of the population.

“Roy Morgan’s research into ‘trust’ and distrust’ in media has shown traditional media outlets such as the ABC, SBS and Fairfax have a higher degree of trust than newer forms of media represented by social media.

“Although younger generations have a higher degree of trust in the internet, including social media, indications are that as online news platforms continue to grow in importance at the expense of traditional media news platforms the level of trust in media generally will be under pressure. In this challenging environment it is crucial for traditional media brands which have established their online presence to maintain and develop the trusted relationship that their audiences have with those brands.”