Defending A-League grand final champions Melbourne Victory were second with 526,000 supporters, down 8.7 per cent on a year ago despite the club becoming the first to come from outside the top two sides during the A-League finals to win the Grand Final. 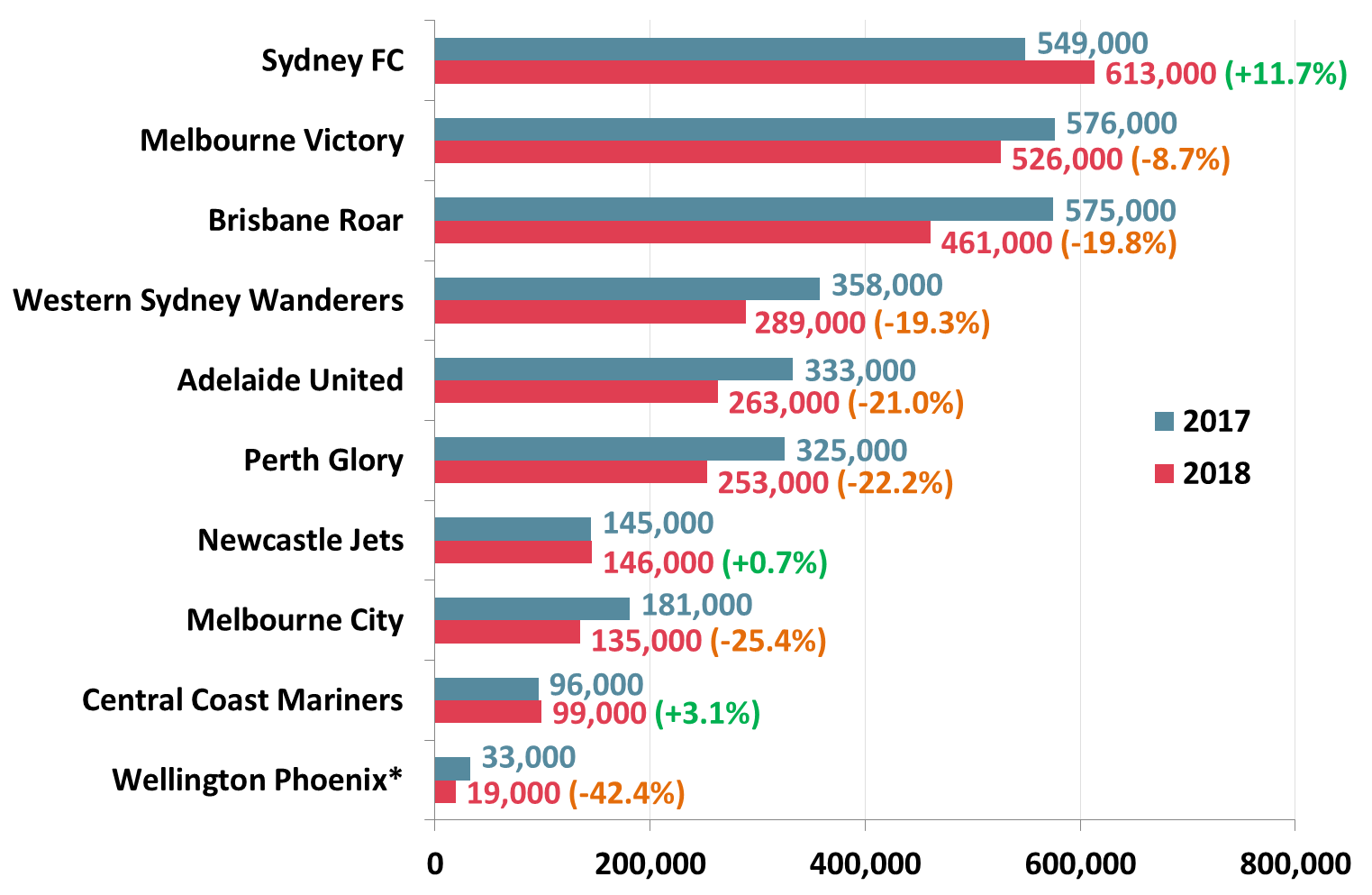 Brisbane Roar are the third most widely supported club in the A-League with 461,000 supporters, down 19.8per cent on a year ago. The Roar have not tasted success in the A-League since winning the ‘double’ in 2014 and being crowned both A-League Premiers and Champions.

All three clubs to increase support over the last year are based in New South Wales. In addition to Sydney FC becoming Australia’s most widely supported A-League club the Newcastle Jets marginally increased their support to 146,000 (up 0.7 per cent) and support for the Central Coast Mariners was up 3.1 per cent to 99,000.

Analysing the gender breakdown of the 2.75 million A-League club supporters shows just two-thirds of A-League supporters are men (67 per cent) compared to only a third that are women (33 per cent). Of Australia’s nine A-League clubs eight now field teams in the female counterpart the W-League.

The clubs with the highest degree of female support are both based in New South Wales led by the Western Sydney Wanderers with 43 per cent female supporters and the Newcastle Jets with 42 per cent. 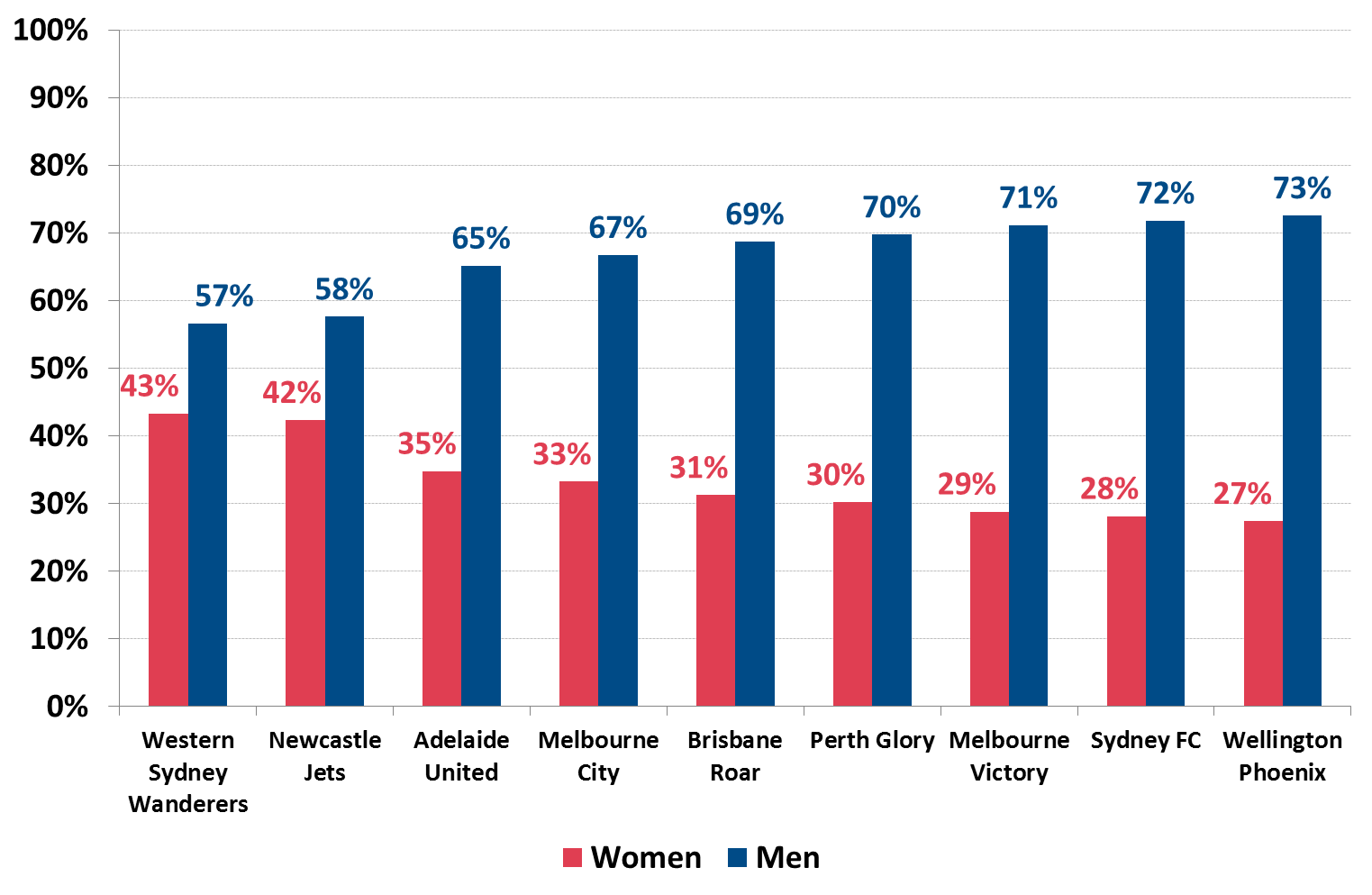 Roy Morgan is able to analyse the demographic makeup and intentions of A-League supporters across a vast array of important indicators – including the likelihood supporters of different clubs have of intending to buy or upgrade their mobile phone within the next two years.

Nearly half of Melbourne City supporters (49.4 per cent) intend to buy or upgrade their mobile phone within the next two years – significantly higher than the average Australian aged 14+ (33.8 per cent). 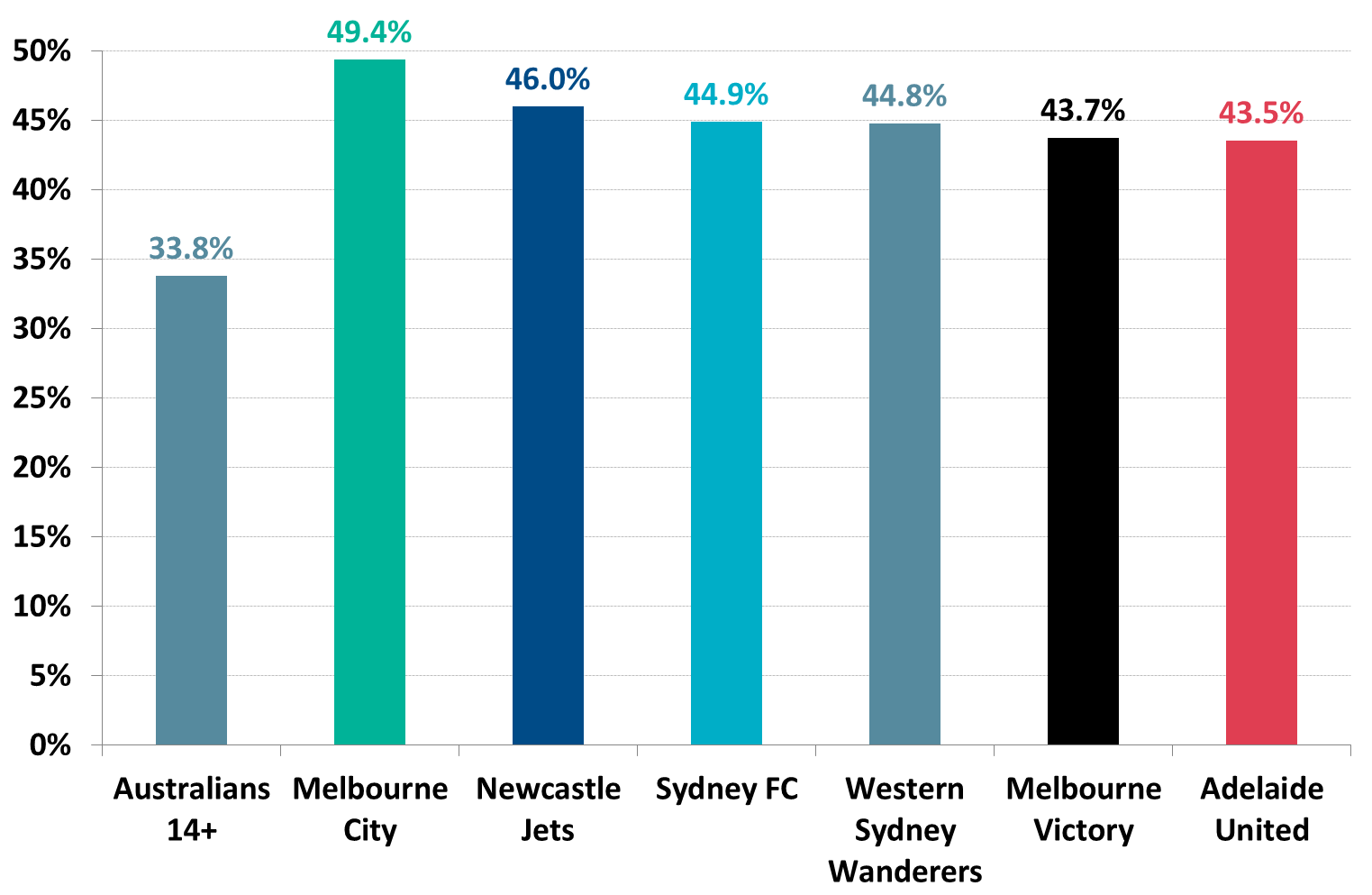 “Off the field Sydney FC has emerged as Australia’s most widely supported A-League club with 613,000 supporters – up 11.7 per cent from a year ago following the clubs’ third Premiership last year.

“Sports, and clubs, looking to grow their support are increasingly looking to engage women and girls as supporters and A-League clubs are at the forefront of this push through their heavy involvement with the W-League which starts next week.

“Although most A-League clubs also have a corresponding W-League team, the one exception is the Central Coast Mariners. The growing interest in professional female sport suggests that perhaps it’s time for the Mariners to revive their W-League team to tap into this growing market.

“To learn more about who A-League supporters are and what drives their spending and lifestyle choices contact Roy Morgan for detailed demographic and psychographic analysis.”