In times gone by when the TV commercials came on we popped out to put the kettle on, but not anymore in these digitally obsessed social media times.

A study by Facebook reveals than rather than making a cup of tea during the ad breaks, we’re all looking at our phones, and our Facebook profiles in particular.

The study observed 537 US TV viewers and showed that soon as the program went to an ad break the respondents would jump on Facebook.

The results were revealed in a blog post by Facebook’s VP core adverts, Mark Rabkin, which you can read in full here.

As Rabkin noted: “People aren’t watching ads for as long as they used to, on any medium. TV spots that were designed for a captive audience struggle to hold attention on mobile and don’t get watched all the way through.” 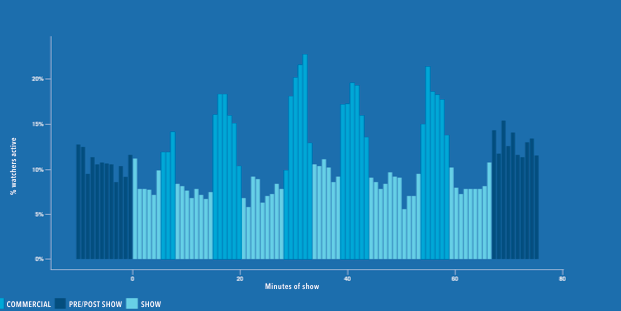 Admittedly, the sample group was small and the results very pro-Facebook, however, its more worrying news for TV bosses trying to engage audiences with ads or viewers increasingly choosing ad-free alternatives like Netflix.

A report on B&T today has revealed that 36 per cent of the Australian population now has a Netflix subscription.

The new Facebook study could be more proof that the tech behemoth is trying to get the networks to sync their ads with mobile ads on Facebook.