Yesterday B&T reported on a new Burger King campaign out of the UK where the company’s very own CEO admitted the fast food chain’s chicken offerings had typical been ghastly and he was now offering anyone brave enough to try its new Crispy Chicken Burger the chance to win a cool £20,000 ($A37,000).

Now a new study into the eating habits of Burger King customers and reaction to the ad has found that 46 per cent of people who viewed the spot would apply for the £20K prize.

The study, by market research firm OnePulse, interviewed 1000 English fans of fast food who had to eat meat to discover why the reason they’d choose a Burger King over a competitor.

The top menu item for Burger King customers was for its Bacon Cheeseburger at 31 per cent. The famed Whopper was 26 per cent, the Chicken Burger 18 per cent, Cheeseburger was 10 per cent and Chicken Strips came in at seven per cent. In bad news for the salad option, only two per cent of respondents agreed that it was the prime reason to visit a store. “Something else” came in a four per cent. 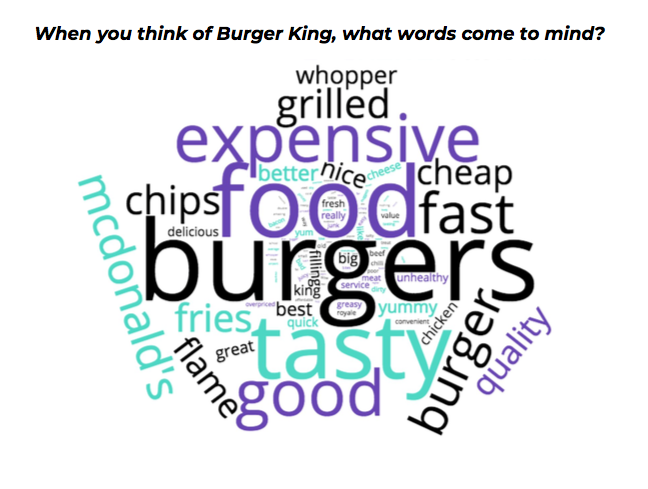 When it came to Burger King’s new ad and viewers’ reaction to it, the main findings were:

When asked, “When you think of Burger King, what words come to mind?”, some of the main comments were: “Better than McDonald’s but; strangely; less popular. Guess it all comes down to marketing after all.” “Home of the big Whopper and that I really fancy a burger now.” “They should never have changed the recipe for the chips. overpriced.” “Very uplifting and celebratory; which is needed to improve the country’s morale.” And: “Quality beef but pretty poor chicken.”