Spotify has delivered its final words for 2016 through a hilarious ad campaign that exposes some interesting truths of its users.

Through one of its largest global campaigns via a major outdoor push, Spotify has plucked some of the more amusing, quirky pieces of data from its system, including user playlist names, listening counts and specific dates. It signs off with the tagline, “Thanks 2016. It’s been weird.”

For example, one UK billboard reads, “Dear 3,749 people who streamed ‘It’s The End Of The World As We Know It’ the day of the Brexit Vote. Hang in There.” 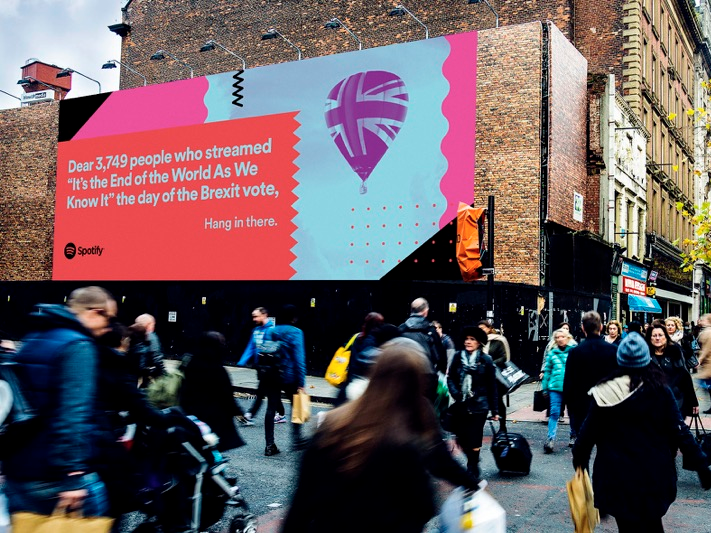 Another US billboard says, “Dear person who made a playlist called: ‘One Night Stand With Jeb Bush Like He’s a Bond Girl in a European Casino.’ We have so many questions.” 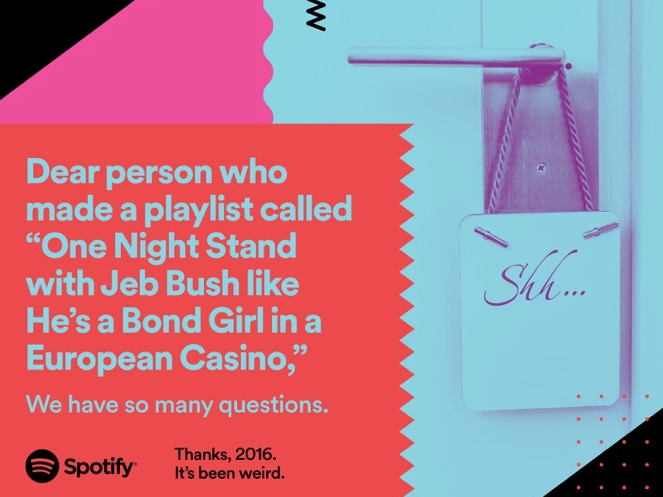 The campaign began rolling out in the US, the UK, France and Germany on November 28, before landing in Australia among a further 10 markets including Argentina, Brazil, Canada, Denmark, Indonesia, Mexico, New Zealand, the Philippines and Sweden.

The campaign was developed by Spotify’s in-house creative team in New York, supported by insight from its regional teams around the world.

Spotify CMO Seth Farbman told Creativity the idea for the data-driven campaign originated with 2015’s end-of-year “Year in Music” campaign, as it collated data from listeners in different geographical areas and captured some fascinating insights. 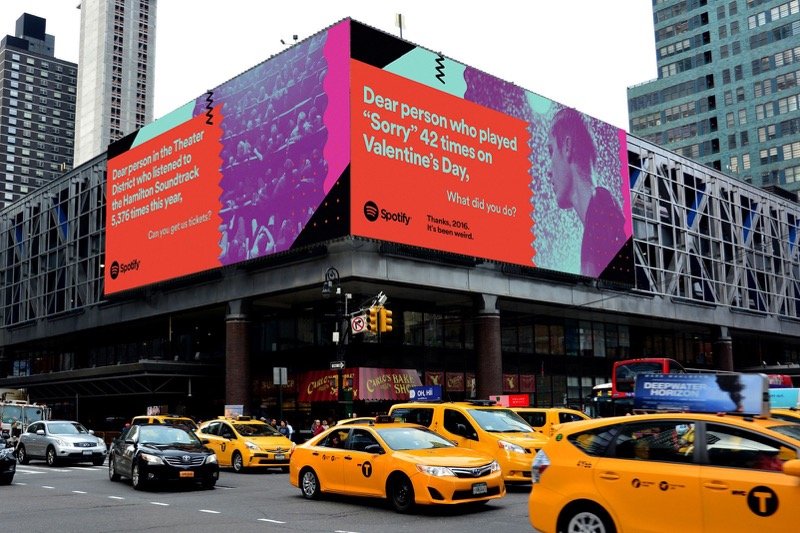 “That led to the idea of reflecting culture via listener behaviour,” Farbman said.

“There has been some debate about whether big data is muting creativity in marketing, but we have turned that on its head,” he added. “For us, data inspires and gives an insight into the emotion that people are expressing.”

With regards to leaning heavily on OOH, Farbman added, “It has the ability to really drive clever copy home that other media can’t always do as well.” 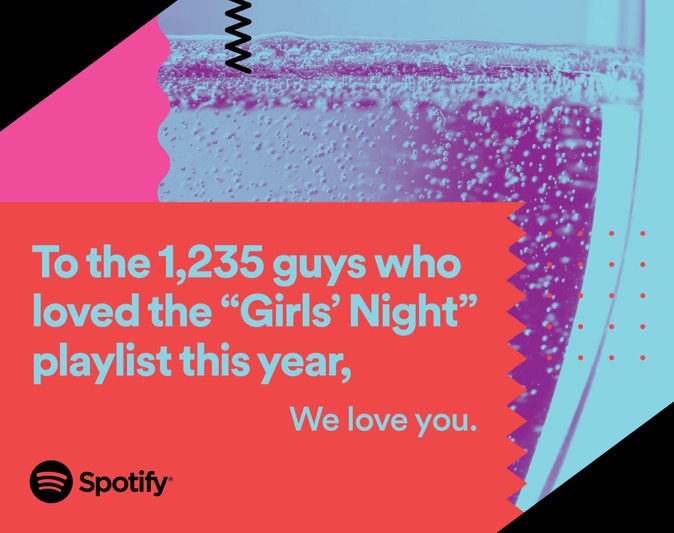 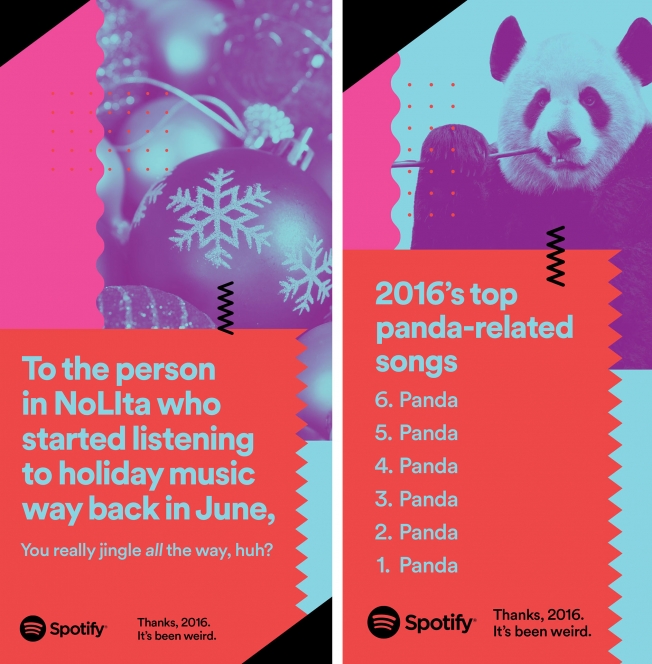