In this opinion piece, Venessa Paech (pictured below), co-founder of the community management conference Swarm, argues social media isn’t the saviour we’d all once hoped and why it’s now all about the community…

Early champions of social media find ourselves in a tricky spot. As long time advocates of the positive power of social technology, we reflexively spring to defence when someone scapegoats’ social media for the woes of the world. 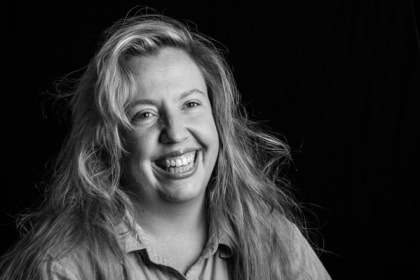 But the truth is, social media is doing damage, and it’s not solving the problems we hoped it might. Facebook may wind up being the biggest mistake we ever made. So it’s time to get real.

Social media for businesses is still typically used as a broadcast tool. There’s a reason they’re called channels. Even if those businesses are generating plentiful comments and a whopping number of shares… it’s still a media model, using connected audiences to scale. That’s fine. But it’s not a community model, nor is it the best way to affect behaviour. It’s old media in new clothes. Turns out we’re even more resistant to change than we thought. When you apply a media model to relationships, you reduce relationships and engagement to binaries, which creates serious challenges.

We’ve seen the race to the bottom play out, and it’s not pretty. Newer social media managers are particularly vulnerable to demands from organisations asking them to transgress boundaries to get a reaction – any reaction. Stoke a generational debate, play the race card, hot or not. They’re tabloid tactics that have been with us over a century, but they’re no more about meaningful engagement than than they ever were.

Organic reach is virtually zero, sending businesses scrambling to hit targets, throwing money at the problem, meanwhile brand social media managers spend their days gaming algorithms and nursing anxiety about being replaced by bots who could probably work that algorithm just as effectively.

Algorithms that make our lives easier somewhat less conveniently polarise and radicalise. We hand our power to platforms we don’t own whose mechanics are shaped out-of-sight and for profit. The noise gets louder, and we wonder why ‘authenticity’ doesn’t cut it anymore.

But engagement isn’t a straight line or a Like button. Communities are a type of social structure that accommodate the nuances of engagement over time, and don’t reduce people to a click, download or site visit. Instead of arguing in meetings about the dollar value of a Like or tweet, we can proactively create the behaviours and outcomes we’d like to see more of using community approaches. (Outcomes we know how to attribute and value, such as answering questions from other community members, creating original content, or offering considered feedback).

Communities are easily confused with social media. But when it comes to filter-bubbles, there’s no contest. Communities can actively reduce polarisation. The Wikipedia community has been studied at length for its success in promoting less segregated conversations. Communities proactively create culture, and culture ‘sells’ more powerfully than any product offering. Do you have the tools to steer culture on your social channels?

Communities aren’t immune to idiots, but they’re more resilient than social media to disruptors on a mission to derail or attack. Trolls who take on established communities face an army of pushback, not an isolated individual relying on a report button (unlikely to ever reach a fellow human being with context and understanding of that community).

Community managers are engagement professionals who design for the gamut of that engagement over time, as the context demands. They engineer for shared value and desired behaviours, while building for trust and safety. They architect for community knowledge as an asset. Communities can be built within a social network like Facebook, however they butt up against the purpose of that platform (to capture and monetise data). Communities of purpose are flocking to alternatives to build communities on their own terms (and escape the unchecked Ids native to social streams). We crave depth and dimension. The open web seems poised for a comeback.

There are some truly impressive examples of advertising in social media. As a marketing channel, it’s a creative gift. It remains the single most effective transmitter of content at speed across geographies. But for organisations interested in more than a digital age telegraph, the struggle is real. It’s time to revisit the value of OG social – community.