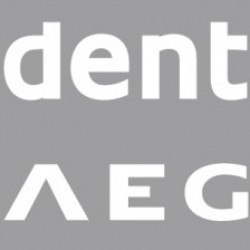 
Soap Creative has merged into Isobar Australia, forming a powerhouse agency dedicated to transforming businesses, brands and people’s lives with the creative use of digital.

With the merger, Soap founder Brad Eldridge will become ECD of Isobar.

A well-respected creative leader, Brad is a globally-award winning ECD and was a judge at Cannes last year.

Soap’s gaming studio, SMG, will remain a separate brand with its 20+ staff remaining in their Ultimo offices led by Sydney Studio Head, Ash Ringrose, who was a co-founder of Soap.

To date, SMG has created a number of hugely successful mobile games, with Death Squared, Thumb Drift and the One More Line series downloaded over 50 million times.

Speaking of the merger, Isobar Australia group CEO Konrad Spilva said, “Ash and Brad have been highly respected colleagues for many years and Isobar and Soap have always shared plenty of synergies.”

“It’s been three years since our Group’s acquisition of Soap and the time is right to combine our teams and grow our capabilities even further.”

Brad Eldridge said, “Isobar and Soap have a great history; first as competitors, then as sister-agencies within Dentsu Aegis and now, as a single entity.”

“We share an entrepreneurial spirit, have strong values at the core of everything we do and I’m looking forward to seeing what we can achieve in the next chapter as our teams come together.”