The Apple Watch and smart watch category generally has largely been a failure, or so says Maxus’ national and digital trading director Ricky Chanana.

In May, Apple’s senior vice president of operations, Jeff Williams, told delegates at the US’ ReCode conference that the Apple watch was selling “a lot, but not enough”. 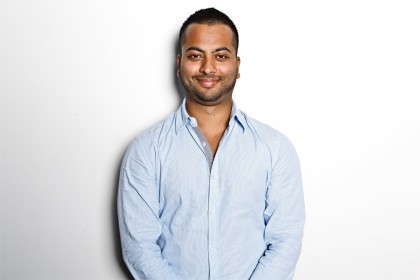 Chanana (pictured above), on the other hand, was all the more blunt, telling B&T he thought the wearable tech “sucked”.

“I think they haven’t addressed the consumer needs,” Chanana said. “I personally believe they suck and there are no additional benefits of owning an Apple watch or a smart watch on top of a phone you’ve already got. If you think about almost six or seven years ago when they were launching FaceTime, it was fulfilling a purpose.

“It was going from a voicemail to seeing each other in family, both near and far. But I think that Apple and co have just launched their watches without fulfilling a consumer need. There is nothing extra – they just dumped this.”

Chanana said the penetration level of a smart phone is sitting at between 85-90 per cent in Australia and split between the Android and Apple Phone. And then here comes another tech on top, which is not cheap, retailing at around $800, and doesn’t add any real advantages.

As US research firm Slice Intelligence claimed in July that Apple has been selling less than 20,000 watches daily in the US – around a tenth the number it was selling daily when launched in April – some Australian users took to Twitter to report how the watch has burnt their wrists.

Apple didn’t comment publicly and the ‘burns’ could just be down to allergies but Chanana says another of the main drawbacks to smart watches is that they aren’t as fashionable as a coveted designer watch.

“Let’s be very honest. I think aesthetically it’s pleasing, but we need a bit of fashion. If someone is walking about with a Rolex compared to a smart watch, it’s not radically changing that concept of a watch, which has been in the ‘men sections’ for the past 41 decades, compared to something that has just popped up in the past, let’s say, 12 months. You cannot change the heritage which the men have had that for years and years.

“And I think that is where the struggle is because a Rolex or Omega has a way more fashionable sense and presence than a smart phone.”

And did Chanana buy a smart watch when they launched?

“I did contemplate a lot about it,” he laughed, “as I am one of the daily adopters, so you can see me standing in the queue. But I just think the primary use of the phone is no longer calling and texting. It’s actual ‘can do’ content, and I can use that a lot on my phone. So no I didn’t get one as I just don’t think the I-Watch is adding anything to what I’m already consuming.”