In this guest post, PR crisis management expert Gerry McCusker (pictured below) explains why a slow comment in a crisis is becoming the next worst thing to making no comment. 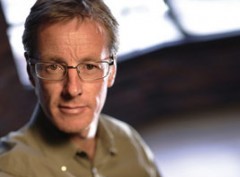 Recently, the AFL was heavily criticised for failing to issue a prompt condemnatory statement when one of its executives was cited for coward-punching (blindsiding) an opponent in an amateur football game. Despite following what they termed ‘due process’, the AFL leadership was lambasted for following a form of issues management broadly perceived as ‘wait and see’.

Having analysed and researched PR disasters for over a dozen years, I know that the W&S phenomenon comes from an era – a media age – when brands had the relative time luxury to formulate their response to an issue or crisis. That time, literally, has disappeared. In our crisis simulations with clients, we’re working to an issue acknowledgement time of seven minutes! Social media can drive the crisis narrative.

Customers, clients, the public and – more critically – the media, make their minds up about any incident, story, occurrence in the blink of an eye. More tellingly, they’re savvy enough to know when something is plainly wrong and should be called out as such. Yet many brands will dally and dither while deliberating if their ‘issue’ really is a ‘crisis’.

But given that media monitoring systems like Meltwater can pretty accurately indicate the strength of stakeholder sentiment on any given topic, what’s the issue with prompt engagement? What’s not to like about statements crafted to resonate with the citizenry?

In fact, when big data is turned into issues management ‘intel’, your brand can stay almost totally attuned to – and possibly move in step with – influencer and public opinion. As Carlos Castillo infers, there’s just no need to look unaware or unprepared.

I’ve consulted in incident situation rooms where ‘W&S’ execs prefer to see how bad or tortuous a situation will become before deciding if – or how – to engage with the crisis narrative. I’d prefer to help shape the story, rather than just be a victim of it.

I reiterate to clients, if you’re not IN(forming) the crisis narrative, you can’t influence it.

In (round) football-speak, it’s like giving Chelsea three goals of a start in the first 45, and hoping to draw level in the second half; realistically, that’s unlikely to happen.

I get Schadenfraude giggles when I see people put their hands up to cover their faces or camera lenses when pursued by news crews. They sometimes mumble, “No comment”, which is semiologically signalling, “Yep, I’m guilty”.