One of the few winners from the COVID-19 outbreak has been business communication app Slack.

As workplaces scramble to get organised online, many are turning to tools like Slack or Microsoft Teams to create a digital experience that best replicates being in the office.

Making an announcement on Twitter, Slack CEO Stewart Butterfield revealed how the outbreak has advanced the offering, seemingly overnight.

“It felt like the shift from inboxes to channels which we believed to be inevitable over 5-7 years just got fast-forwarded by 18 months,” he said.

“Good for our business. But what about everyone else?”

While acknowledging how difficult a period this is for many, Butterfield described how Slack has watched the number of simultaneous users on the platform increase this month.

Keep in mind this is the number of simultaneous users on the site, as opposed to active daily users. 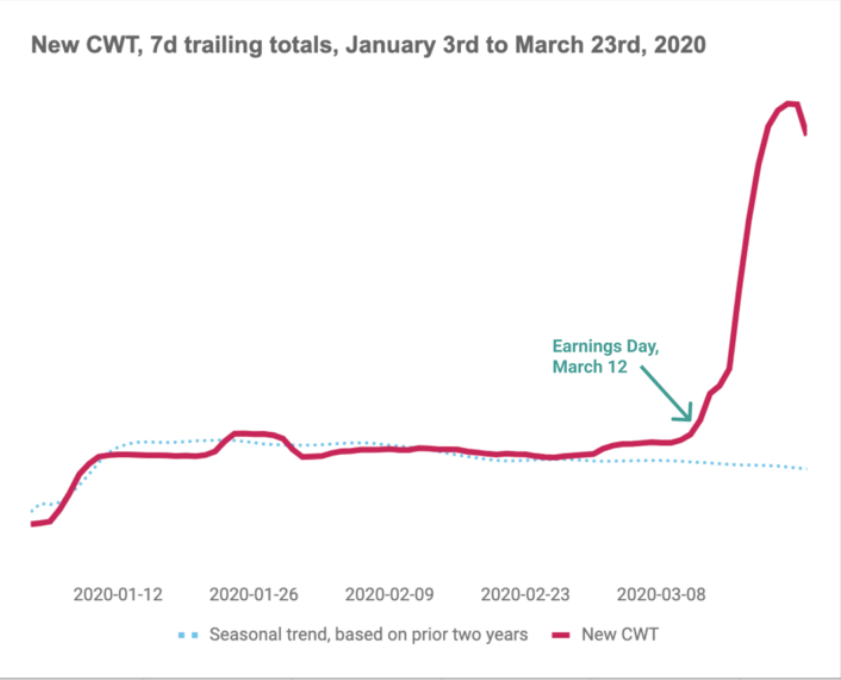 Slack operates with a freemium model, meaning users are divided into paid and unpaid.

While the sharp spike in users is valuable for the business, Butterfield acknowledged how the long-term impacts of the COVID-19 outbreak could harm Slack in the future.

At the other end of the spectrum it was:
👋 Early signs of a surge in teams created and new paid customers unlike anything we had ever seen.

Weighed against:
✋ We had 110,000 customers. In the worst case scenarios many thousands of those would go out of business.

Microsoft Teams has had a similarly prosperous month in terms of total users, with data showing daily users has gone up 40 per cent to reach 44 million.