My Kitchen Rules, the most watched show on Australian television, returns for its ninth season in 2018 with Channel Seven today unveiling press photos of this year’s cast and the show’s launch date.

Once again Manu and Pete will resume their tasting/hosting/judging duties, as the new series kicks off the day after the men’s tennis final on Monday the 29th January. 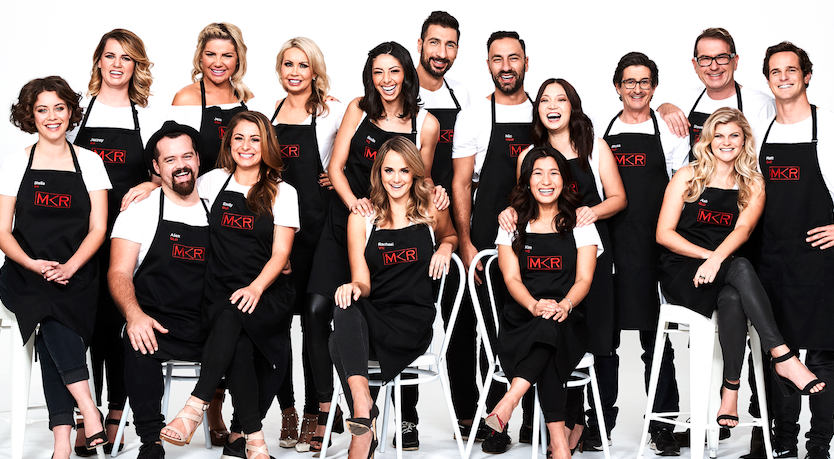 This year’s series has already garnered its share of controversy when it was revealed in early December that one of the participating couples had to be booted off the show during early filming for apparently being violent and aggressive towards another competing couple. You can read B&T’s report on that dust-up here.

According to Seven’s press kit on the 2018 series, Irish chef Colin Fassnidge will also resume his judging duties. While guest judges Karen Martini, Guy Grossi and Liz Egan are also back. The show’s victors will also take home a $250,000 prize cheque.

The contestants for the first and second stages of the series include:

According to Seven’s press kit, there’s a new twist to this year’s series: “Each team will take turns to transform an ordinary home into a supersized Instant Restaurant. They’ll plate up a three-course menu designed to impress the judges and their fellow teams in the hope of avoiding a sudden death cook off and possible elimination.

“Remaining teams will face the most intense location challenges and eliminations yet as they try to stay in the competition for the Ultimate Instant Restaurant round, before our finalists battle it out in Kitchen HQ.”