Advertise with us
Posted 8 February, 2016


On Friday, Southern Cross Austereo launched its latest venture where client business and creative talent come together in the one joint project.

The Studio is a new space that is designed to connect the radio network’s list of on-air talent with clients in order to collaborate on business ideas and solutions, and give audiences more of what they want from the network.

The industry turned out to a sunset rooftop shindig complete with tours of The Studio and some serenading from James Bay, along with a host of SCA guests, including radio hosts Merrick Watts, Sam Frost, singer James Bay, Rove McManus and SCA CEO Grant Blackley.

The Studio in the company’s Melbourne office is the first of many, with the initiative rolling out nationally in Sydney, Brisbane, Adelaide and Perth. 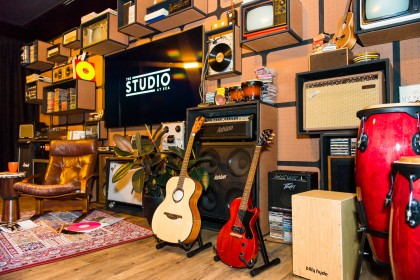 “There’s been a lot of engagement with clients and agencies to bring ideas to market, but today’s the next step in the evolution to making it more organised,” SCA CEO Grant Blackley told B&T.

“It’s bringing the talent forward, and putting them at the front rather than behind, and getting all of their skillset together so that we actually get more visible and impactful content and creation of ideas that actually link with our content we put to air so it becomes seamless rather than separate.”

Speaking to B&T, head of The Studio Wade Kingsley added that while SCA has always been good at “engaging fans”, with a reach of “95 per cent of Australia”, he said it’s time they stepped it up a notch in areas they weren’t strong enough in.

“One of the things that we need to do better, and we are doing better from today, is connecting the guys that can generate fans with brands, and The Studio is the centrepiece for that,” Kingsley said.

“We want to make sure the right creative people are in the right conversations at the right time.”

SCA chief sales officer Brian Gallagher told B&T that when the pitch came to him for The Studio his immediate response was, “You had me at hello; put a brand on it”. 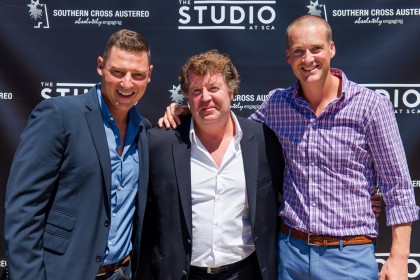 “No one punches more content in this market than this business, and yet I felt we really weren’t famous enough for that, and I don’t think we were giving credit enough to the impact that that has for the brand, because in my entire career every time I’ve had the privilege to put the right creative and the right brand people together, magic has happened.”

“There’s only two things that really matter for brands going forward, and one is to gain insight out of data, the other is to make and distribute great content… and those things come together in The Studio space.”

Triple M presenter Merrick Watts was touted by Kingsley as a “pioneer” of this approach to merging sales and creativity in radio, and told B&T “I’ve been pushing this wagon for a long time”.

“As a content provider and as a broadcaster, I don’t want to put garbage to air so the best way to stop that from happening is to be involved in the process,” Watts said. 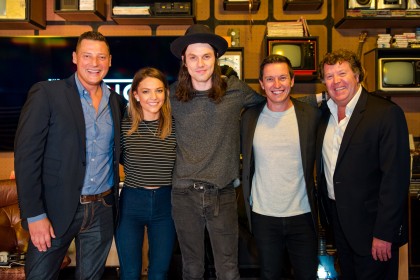 “If you put it in really basic radio terms, you have essentially five content breaks per hour, 10 a day, 50 a week. Now if I have one content break that I’m not happy with, that I’m not looking forward to or I’m not invested in because the solution with the client has not enhanced what I’m going to do on air. That’s 10 per cent of my work on air I’m not enjoying.

Your audience – if you’re disingenuous when you’re doing something – they smell it a mile away, they’re not stupid… they can smell the bullshit.

“They’re not satisfied with letting crap go to air…it’s a standard, simple as that,” he added. “Quite frankly there’s a lot of people on radio who just want to get a pay check because it’s a good pay check.”

“I see it as introducing friends. The audience are my friends; I love my audience. They’re passionate, and they want me to be as passionate. I don’t see clients as a burden, I see them as an opportunity to help me get great ideas to air, and all they want to do is meet your friends, it’s not that hard.”