In this guest post, Atomic 212’s media director Ashleigh Hall (pictured below) argues, if you look at the facts, free-to-air’s doomsayers’s may be a little premature in writing off the medium just yet…

The doom and gloom tales of the death of broadcast television have been a popular narrative for a number of years now, but a number of events over the last few weeks have served to remind us of the ongoing power and reach of TV. 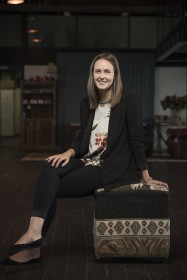 Channel Ten had a major win in summer with its coverage of the Big Bash League, averaging over 1 million viewers per match. That was back-to-back summer successes for Ten, with last year’s BBL averaging 1.1 million viewers across the tournament, and the 2016 final attracting 1.79 million sets of eyes throughout the nation.

Perhaps most importantly for Ten, according to the Herald Sun, the T20 cricket tournament was out-rating the Australian Open, aired on rival Channel Seven, on nights when the two sporting events went head-to-head.

Of course, that was before the men’s final was played at Melbourne Park. Pitting tennis legends Roger Federer and Rafael Nadal against one another, the Sunday night match attracted a peak audience of 4.4 million, which The Australian reported as being the “highest TV ratings for a men’s final tennis match in a decade and third most-watched ever”.

For the record, the two finals to have pulled a larger audience were in 2005 and 2006 – these were at a time when our Lleyton Hewitt was still a title threat, but more importantly for our purposes, these finals were years prior to the advent of streaming services, on-demand viewing and the smartphone.

But the successes of both the BBL and the Australian Open final – albeit the latter receiving the benefit of a sporting fairytale – are strong reminders of just how powerful television as a medium can be.

But before we go declaring that TV is in the best health it’s ever been, there are other numbers that bare keeping in mind …

Last year, Roy Morgan research found that “one in seven Australians now watch no commercial television on a normal weekday… with 14-34 year-olds making the fastest exodus from the medium.”

Meanwhile, YouTube statistics state: “YouTube on mobile alone, reaches more 18-34 and 18-49 year-olds than any cable network in the U.S.”

So is sport just an outlier, creating events that really need to be experienced live to make them worth abandoning Netflix or YouTube for the evening?

A great example is The Bachelor. Around the Atomic offices, we had ‘lunch clubs’, where people got together every Friday to discuss what Richie Strahan and the women competing for his affections had got up to the night before.

You couldn’t afford to have missed the previous evening’s episode, or you’d have to choose between eating lunch alone, or having a side of spoilers with your sandwich.

And lunch clubs were hardly the only ways people were discussing the show.

News.com.au reported The Bachelor finale pulled in 1.324 million viewers, topped worldwide trending on Twitter, and had weekly average reach of 4.2 million on Facebook throughout the season.

It’s a lesson that rather than treating the second screen as a competitor, it should be seen as a complement.

For so many people, their social feed runs in tandem with their TV viewing – indeed, for years now, networks have been putting the given show’s hashtag on the screen to encourage viewers to ‘join the conversation’.

And that doesn’t necessarily mean they’ll simply tune out during the ad breaks, with advertising amplification platforms such as Atomic’s Path 51 able to serve ads on mobile and tablet to correspond with the TV ads being shown on the primary screen.

The simple fact is that TV still attracts huge audiences and provides a strong value-for-money proposition from an advertising perspective, but we need to think of the platform within its context in the new world – wherein it needs to feel seamless within a broader multi-channel approach.

The BBL is a good example of how TV ads can be served without the fracture of an ‘ad break’. Channel Ten would often screen ads during the BBL as a screen-within-a-screen, without the viewer ever ‘leaving’ the live TV experience.

It will be interesting to see whether audiences are as tolerant of more subtle advertising on scripted TV, where it is estimated that native is set to become far more prominent.

In 2015, the Fox-produced TV series ‘Empire’ created a three-episode arc about one of the lead characters, a musician, who was in with a shot at receiving sponsorship from Pepsi.

One of the lines in an episode, spoken by an actor playing a Pepsi representative, was: “Music is a part of Pepsi’s DNA. We have a long history of getting behind emerging artists and partnering with iconic stars.”

The Wall Street Journal’s sources said the deal was worth $20 million, and while viewers may reject heavy-handed product placement, Variety reported: “During the fourth quarter 2015, when the ‘Empire’ integration ran, Pepsi sales rose 4.7 per cent.”

Sure, TV has more competition now than ever before in the 60-plus years since Bruce Gyngell uttered that famous phrase “Good evening, and welcome to television”, but perhaps rumours of the death of the box have been exaggerated?