The mystery of our times appears to have been solved, with media today reporting that Roxy Jacenko’s infamous ‘poo jogger’ has finally been identified after a concerted media campaign.

As incorrectly reported on B&T on Friday, it appears the woman isn’t, in fact, Jacenko staging one of the most elaborate PR stunts in history.

Rather, the Lycra-clad blonde has been identified as a local Paddington resident, however, her name is yet to be made public. 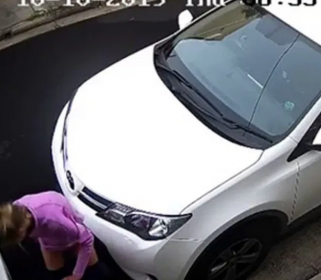 The woman’s repeated defecation on the doorstep of Jacenko’s Sweaty Betty offices has also become a police matter, so it’s unclear what punishment or fine the woman may yet incur from the courts.

On Friday night’s episode of ACA, host Tracy Grimshaw told viewers the woman had “deleted all her social media accounts to avoid her activewear being recognised”.

According to other reports, the woman is possibly suffering mental heath issues which have been exacerbated by her now public ‘outing’ and the huge media exposure the story has garnered both in Australia and overseas.

One of the hosts of Wooshkaa’s Shameless podcast claimed this morning that a listener had contacted them, saying: “I actually know this woman and she’s not doing well.”

The mystery friend added: “And there is so much more backstory to this footage that you cannot communicate on social media, and if people knew what was going on in this woman’s life they would not be behaving in this way.”

It remains unclear if the woman has a grievance towards Jacenko or was merely doing the act as some sort of thrill or power trip.

Jacenko had previously declared she didn’t know the identity of the woman and she wasn’t a disgruntled ex-Sweaty Betty employee.

Starring a talking poo (aka Detective Nugget) and a Roxy look-a-like, the sketch extols the values of the laxative drink. Which, is somewhat ironic, as the ‘poo jogger’ clearly doesn’t suffer from constipation if one was to investigate the story more closely. Check out the fun below:

Today’s Handy Hint for the Home is dedicated to our Paddington Poopinator and let me tell you, this product is one that no bathroom should go without. #ad