A new study into Twitter users’ emoji habits has revealed which brands garner the most number of positive little smiley faces.

The study, by Brandwatch (which you can read in full here), has revealed that shampoo brand Pantene scored the most positive (93.9 per cent) emoji responses from fans of the brand over the past two years. Pantene has a strong influencer engagement from the likes of Selena Gomez and Yuri, which helped it into the number one spot.

Brandwatch apparently examined six billion emojis during the study. On average, 75 per cent of the emojis on Twitter are positive and 25 per cent are negative. 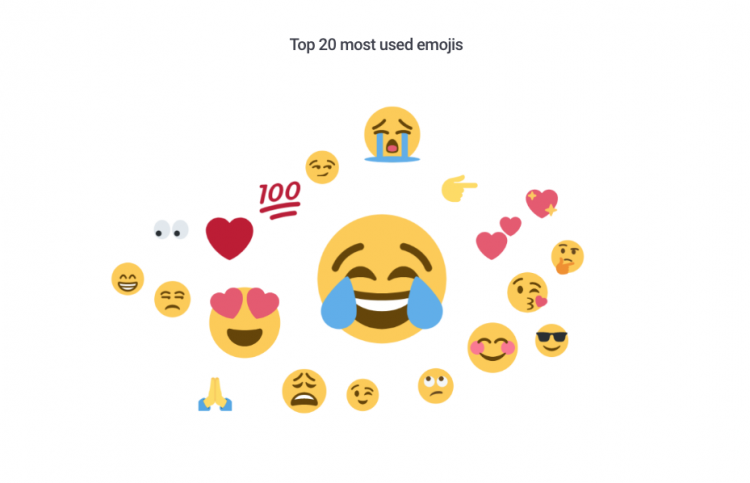 You can read the full top 50 brands in the report above, however the top 10 were as follows alongside the percentage of positive emojis each received. The report also noted that “these brands also performed well because they didn’t suffer from any major issues or crises during our analysis”.

Other interesting points from the research included:

• Since September 2015 the volume of tweets containing a brand name and an emoji has grown by 49 per cent.

• When it came to the industries most likely to garner a positive emoji, hotels, clothing and alcohol brands topped the list.

The study’s authors concluded: “In less than 10 years the volume and variety of emojis have skyrocketed. Today, 95 per cent of humans online have used emojis, making it the internet’s most popular language.

“It’s clear from this analysis that the volume of emojis will only continue to grow and increase in importance – we’ve seen the variety of emoji grow, and with the total number of emojis expanding to almost 3,000. As such, more and more emojis will start to replace everyday words and phrases.

“This makes the analysis of emoji usage online a vital activity. Brands, organisations, governments, and others can uncover genuine insights in monitoring emojis on a macro scale. Whether it’s assessing brand health against the industry average, or emotion by location.