A new campaign by the British men’s fashion label Fred Perry has come under attack from racist fans of the brand for featuring no white models.

The brand – named after British tennis champ Fred Perry who won Wimbledon in 1934, 35 and 36 – is famous for its men’s polo shirts, parkas and Harrington jackets. It is now a globally recognised fashion brand and was purchased by the Japanese company Hit Union in 1995. 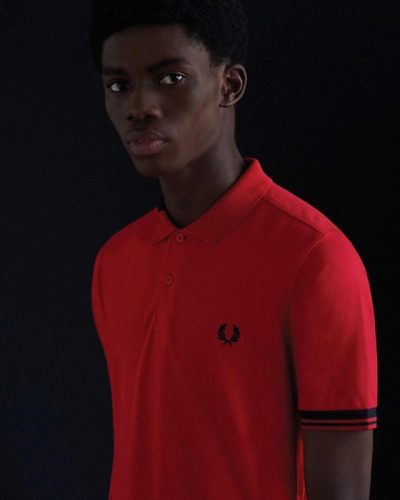 Sadly, due to its British roots, it’s often associated with right-wing groups. Its polos became the uniform of choice for skinhead groups in the 80s.

And a new summer range of designs hasn’t got down well with a certain subsection of its customer base because none of the models in the campaign is white.

Angry fans of the brand took to social media calling for a boycott of the brand and to throw their Fred Perry clothes away. One complained that he was “no longer required as a customer” with another claiming that Fred Perry was “spreading diversity bollocks”. 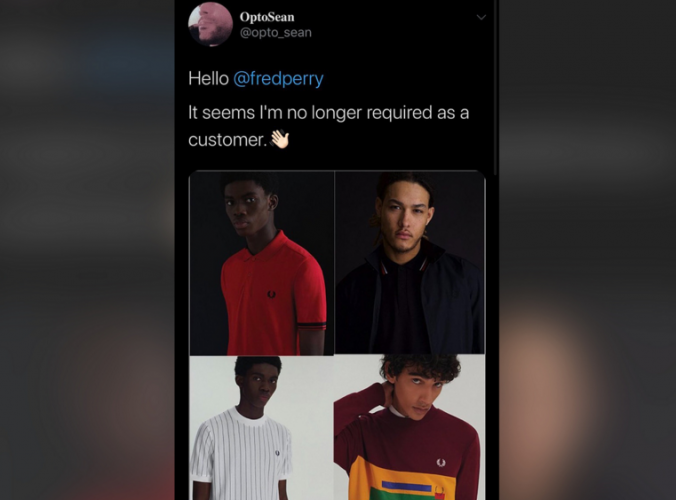 Thankfully, there were as many fans of the campaign as there were detractors.

“Imagine yer da throwing away your Fred Perry because there’s not enough white people in the advert. WTF is wrong with people man,” said one, while another wrote: “Fred Perry’s always been important to me as it represents unity and diversity. Such a massive part of my identity as a skinhead. I’m sure it will be more than happy to lose those racists boycotting ‘cause of the models they use. Racism is the opposite of what we stand for.”

Check out some of the more positive social media below: 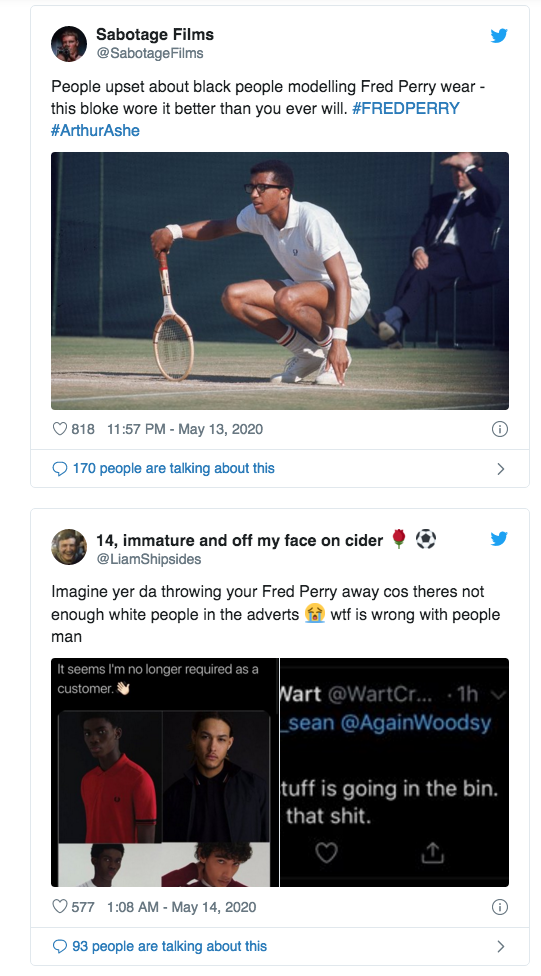 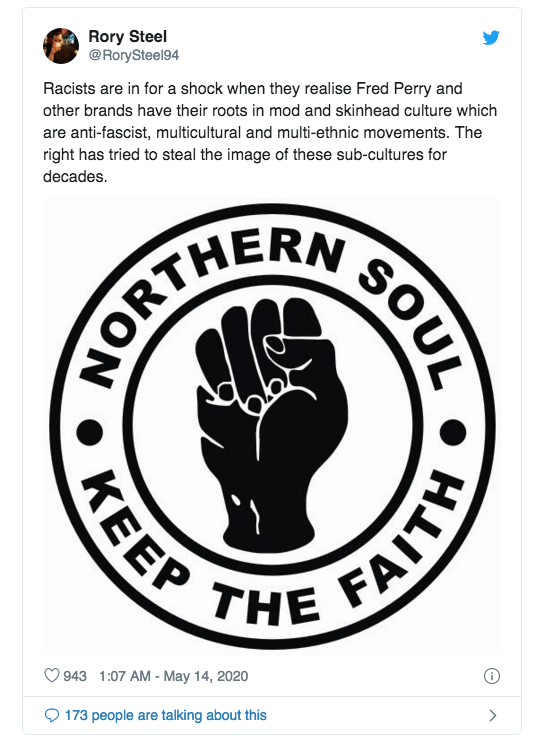 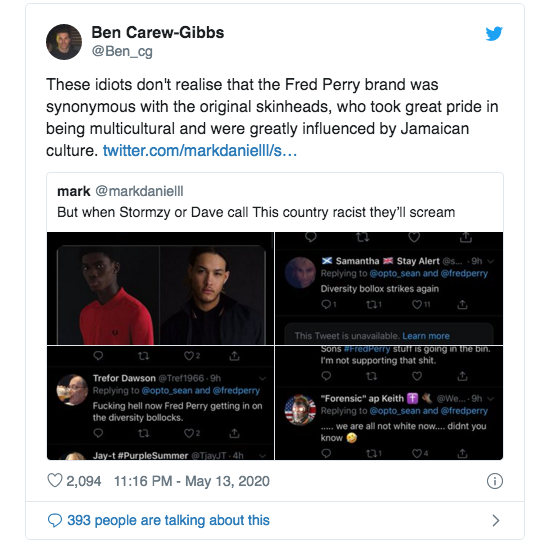 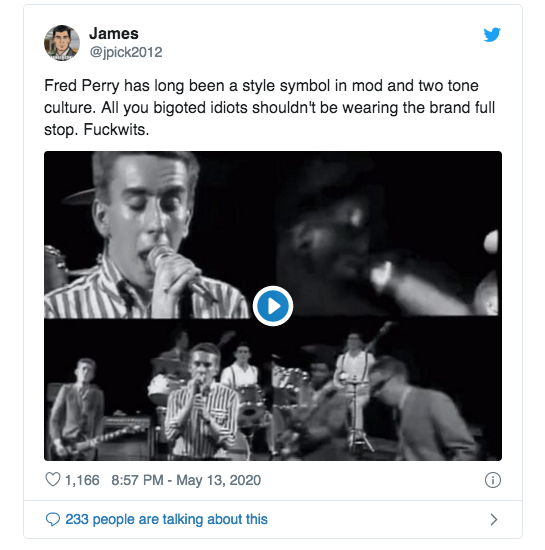 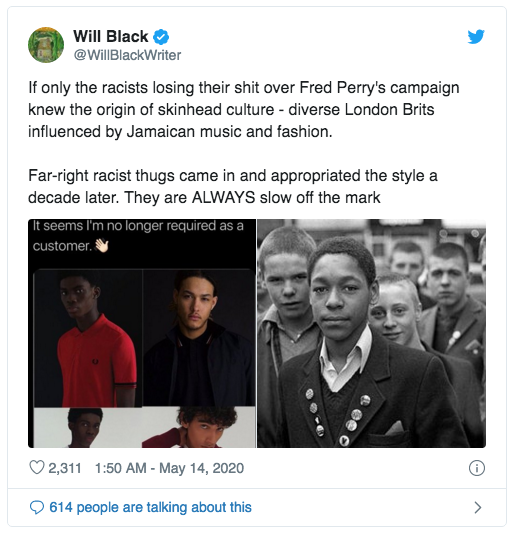 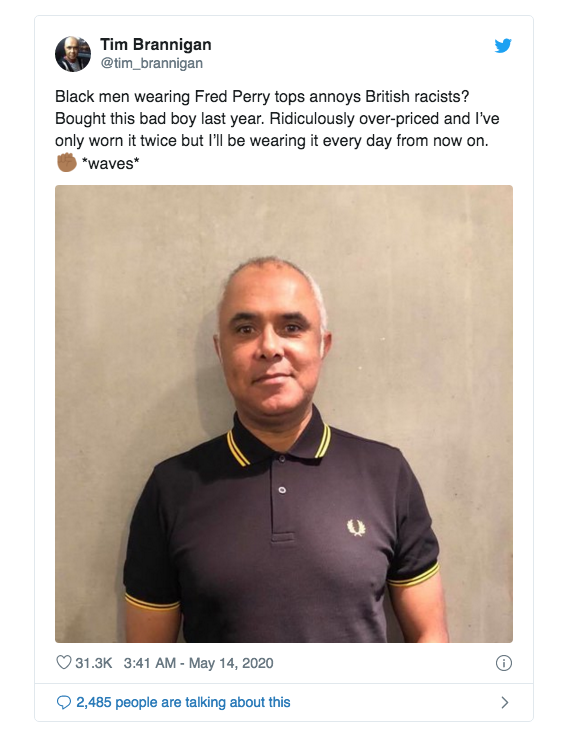 In 2017, in response to footage of US-based extremist group the Proud Boys wearing their polos, Fred Perry chairman John Flynn told the men’s fashion magazine GQ that a “little investigation into Fred the man would reveal a lot.

“Fred was the son of a working-class socialist MP who became a world tennis champion at a time when tennis was an elitist sport. He started a business with a Jewish businessman from Eastern Europe. It’s a shame we even have to answer questions like this. No, we don’t support the ideals or the group that you speak of. It is counter to our beliefs and the people we work with,” Flynn said.