The Palau Pledge, from Host/Havas Australia, is an initiative aiming to shake-up immigration laws for the sake of environmental protection.

Awarded not one, but three Grand Prix at Cannes Lions – including the coveted Titanium title – The Palau Pledge is a world-first eco-tourism conservation pledge which gets stamped into the passports of tourists visiting the Micronesian nation of Palau.

Some of the requests in the pledge include, ‘Don’t collect shells’, ‘Support local businesses and communities’, ‘Don’t feed the fish and sharks’ and ‘Don’t scrape fins over coral reefs’, just to name a few.

To find out more about the project, how it came into fruition and what it felt like taking home one of Cannes Lions’ top nods, B&T sat down with Host/Havas Australia executive creative director Seamus Higgins.

So, how did it feel taking home theCannes Lion Titanium Grand Prix?

Titanium has always been my favourite category at Cannes. Always surprising. Always inspiring.

It was an incredible honour to even make the shortlist in a category that “marks a new direction for the industry.”

There was a hell of a lot of great thinking on show this year and everybody involved should be extremely proud of what they achieved. I felt honoured to share a stage with them.

Personally, it hasn’t quite sunk in yet, but it was an incredibly emotional experience.

I felt an overwhelming sense of pride in our team back in Sydney, who sweated every detail for nearly two years to make it as good as it possibly could be.

And I also felt truly grateful to our amazing clients, the brave nation of Palau and its inspiring leader, President Tommy Remengesau, for being bold enough to do something no-one else in the world had done. 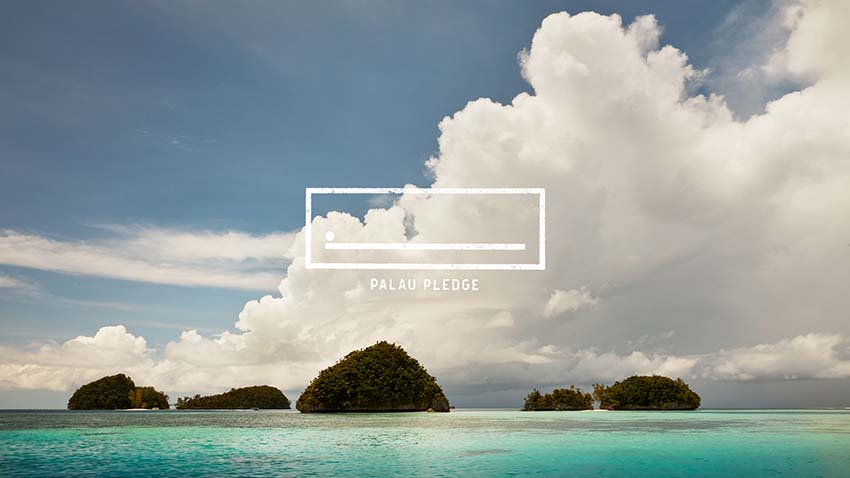 Were you expecting such a positive response?

I don’t think anyone can truly predict the nuances of what might go on in the jury rooms.

But in terms of the idea itself, and for the global support and interest it received, yes, we did believe in the power of this thought to resonate.

The detrimental effects of unsustainable tourism are being felt around the world – it’s a hot topic – so we knew there would be interest in an idea that presented a unique and unexpected solution to this.

How did the idea come together?

The brief was very clear – we didn’t want to stop the tourists coming to Palau, we needed to change their behaviour.

And we knew that to do this, we had to find a way to reach every single visitor in a personal way, and we had to do it in a manner that they couldn’t possibly ignore.

The passport, and the very act of passing through customs felt like a huge opportunity for us.

That’s where the thinking behind the Palau Pledge, stamped into the passport of every visitor, came from.

Now visitors would have to promise to behave in a more environmentally conscious way before they could even enter the country.

But even this in itself wasn’t enough. I think the most powerful part of the Pledge, is that it’s a promise to the children of Palau.

This pushed it beyond mere legislation into a more human, emotive appeal that could cut through all cultures.

I’ve always believed that the most powerful ideas are always based on a deep understanding of people and their motivations.

What were some challenges in executing it?

To make this happen required a permanent change to Palau’s immigration legislation and customs process.

So to sell this in, we had to navigate a complex leadership structure of traditional chiefs, as well as layers of Palauan government, local businesses and the tourism industry.

It says a lot for both the simplicity and power of the idea, as well as the leadership of Palau, that this idea became a reality.

How will the award help the project overall?

Winning the award has helped to increase awareness of what Palau is doing, and the bold steps they have taken to tackle a global problem.

Although the Palauan people are incredibly humble, I am also very proud that they are receiving recognition on a global stage for their bravery and commitment to creating a better future for their children. 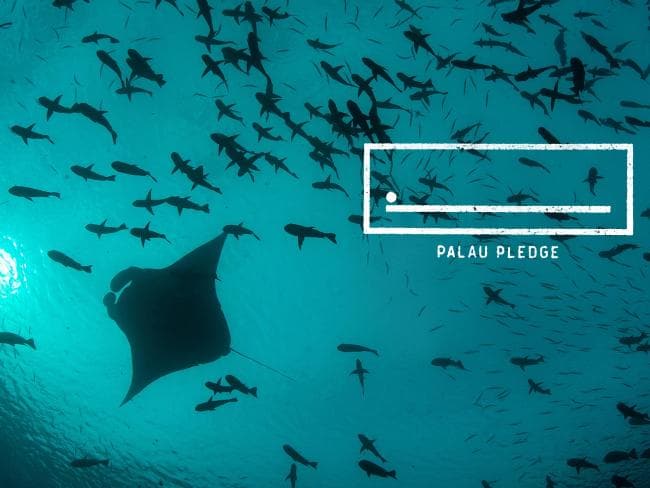 One of our long-term ambitions for the Palau Pledge is that it will be adopted by other countries who face similar challenges, awards like this help boost the project’s profile and contribute to getting us closer to that goal.

What are you and your team doing to celebrate?

Making work like this has never been down to one or two individuals, it’s always been through the blood, sweat and tears of a team, and in this case, a large, wonderful team.

I’m immensely proud of every single one of them.

We’re planning something to give the whole team as close to a taste of Cannes as we can in Sydney, in the middle of winter.

I don’t want to spoil the surprise for anyone involved, but it’ll be lots of fun. And it will involve rosé.

What advice would you give other agencies vying for the award?

Don’t create work to win an award. Do it to solve whatever the problem is in the best possible way for that specific problem.

Be inspired by this years’ and past winners, but don’t try and follow whatever trend seemed to be a thing that year. Be hard on yourself.

If it feels familiar, bin it, or keep digging until it feels new. If you are scared because you don’t know how the hell you are actually going to make it happen, then that’s where you want to be.

And if you’re lucky and persistent enough to make it happen, make sure the craft of how you deliver it lives up to the power of the idea.

How important are award shows to the industry?

If you look at them with a giant ego and an inflated sense of self-worth, then all you’ll see is how amazing and important you are.

All you’ll do is admire yourself. Eventually, you’ll stop looking at the rest of the world, because all you want to do is keep staring at that gorgeous reflection.

You’ll never learn anything. You’ll never challenge yourself. You’ll disappear up your own arse.

On the other hand, if you look at them with humility, a healthy dose of self-criticism and self-awareness, you’ll see them as a chance to look at yourself honestly.

Apart from The Palau Pledge, what other work captured your attention at Cannes?

One of my favourite parts of Cannes is always the New Director Showcase. This year it was curated by Ridley Scott, and his focus on storytelling added an interesting dimension to the reel.

In terms of the awards, I found the new Creative eCommerce category very interesting. One piece that stuck out for me was R/GA’s Snapchat idea for Nike’s Jordan Brand.

I love the way they integrated the shoe into the lens in an iconic moment that every Jordan fan will know. And for the first time, they allowed users to actually buy the sneakers from within Snapchat.

They sold out in 23 minutes. That combination of innovation, storytelling and commerce unleashed in the hands of every sneaker fan is inspiring.

We have the power and means to invent new ways to connect with people. That to me is one of the most exciting parts of advertising today.